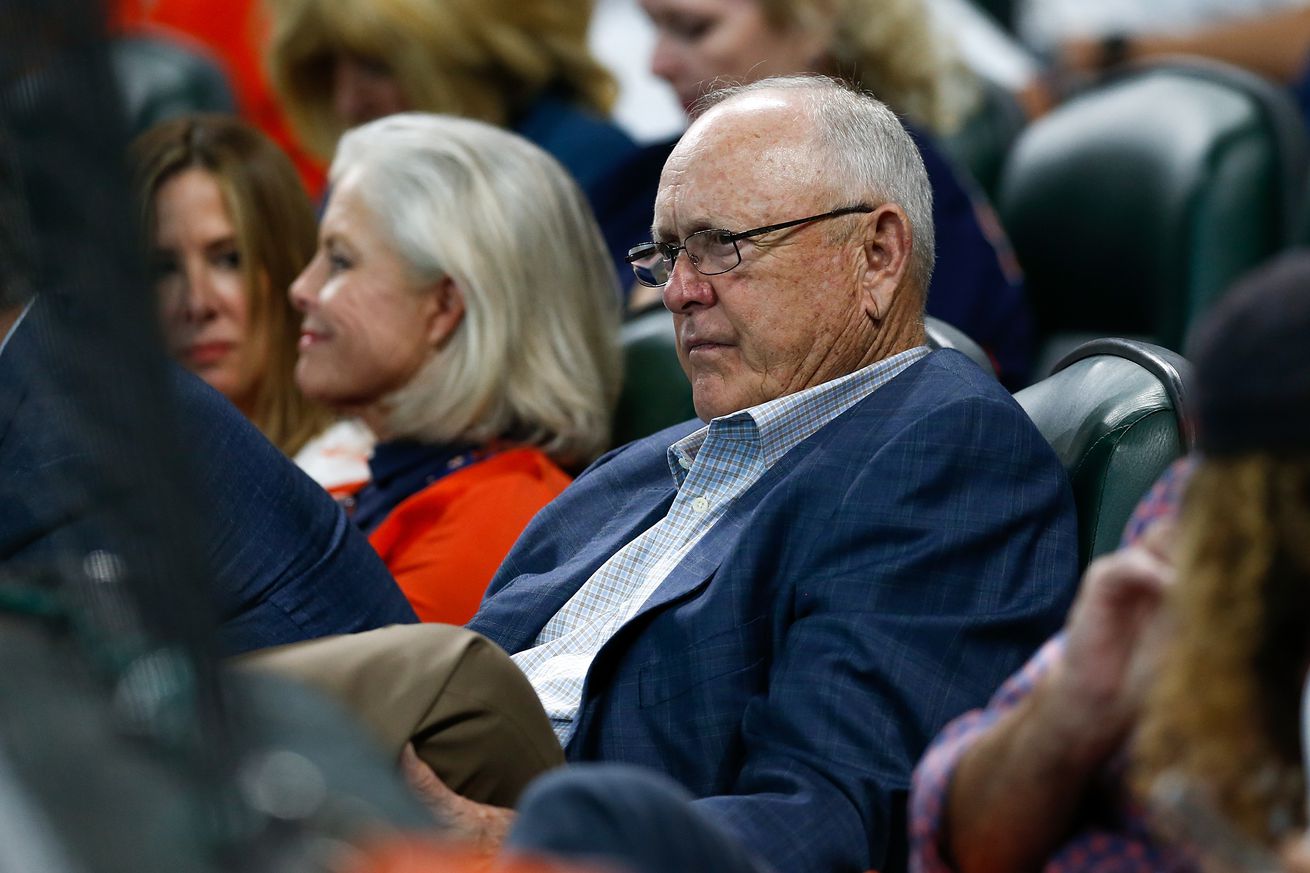 Front Offices changes a go-go with new roles for Jared Crane and Reid Ryan, a departure of Nolan Ryan, and a possible additional movement in Jeff Luhnow’s staff.

A slurry of front office changes have been announced today by the Houston Astros, which will be reported here in Twitter format, the best format a blue colored bird has to offer, courtesy of Jake Kaplan, Chandler Rome, Brian McTaggart, Mark Berman and Ken Rosenthal.

Reid Ryan is no longer the President of Business Operations. He is now Executive Advisor, Business Relations.

Reid Ryan’s title with the Astros has changed from president of business operations to executive advisor of business relations.

According to a release, Jared Crane “will assist Jim (Crane) and his executive team in a broad variety of functions related to the operations of the Astros business.”

And while Senior Crane was helping Junior Crane, at what seems to be the expense of Junior Ryan, Senior Ryan does not seem happy about it. Nolan Ryan will no longer be an executive advisor to the owner, and will not be back with the club.

Hall of Famer Nolan Ryan says in a text message he will not continue in his role as an executive advisor to the owner of the #Astros: “I will not be back with the club and will leave it at that.”

Assistant GM? Assistant to the GM? Whatever Your Pick, They Are Going Fast

Elsewhere in the Front Office, already down one Assistant GM with the dismissal of Brandon Taubman, the other remaining Assistant GM Pete Putila may also be departing. The San Francisco Giants are considering him for their GM position.

Corrected spelling! Pete Putila, #Astros farm director, is among candidates for #SFGiants’ GM vacancy, sources tell The Athletic. #Cubs assistant GM Scott Harris also among candidates. Again: Unclear where SFG are in their search, how close they are to a conclusion.

Some background on the 30-year-old Pete Putila, who started with the Astros as an intern in 2011 under Ed Wade and rose through the ranks of Jeff Luhnow’s front office to become an assistant GM: https://t.co/MaqXfBqHj2 https://t.co/fpRRvcl8A8

Less than a week ago, Special Assistant to the GM Oz Ocampo also announced his departure from the organization.

Oz Ocampo, a key member of Jeff Luhnow’s front office since 2012, is leaving the Astros organization, the Chronicle has learned – https://t.co/OESSWNqUU2

Here is some reading music to set the mood, as we make sense of all this: