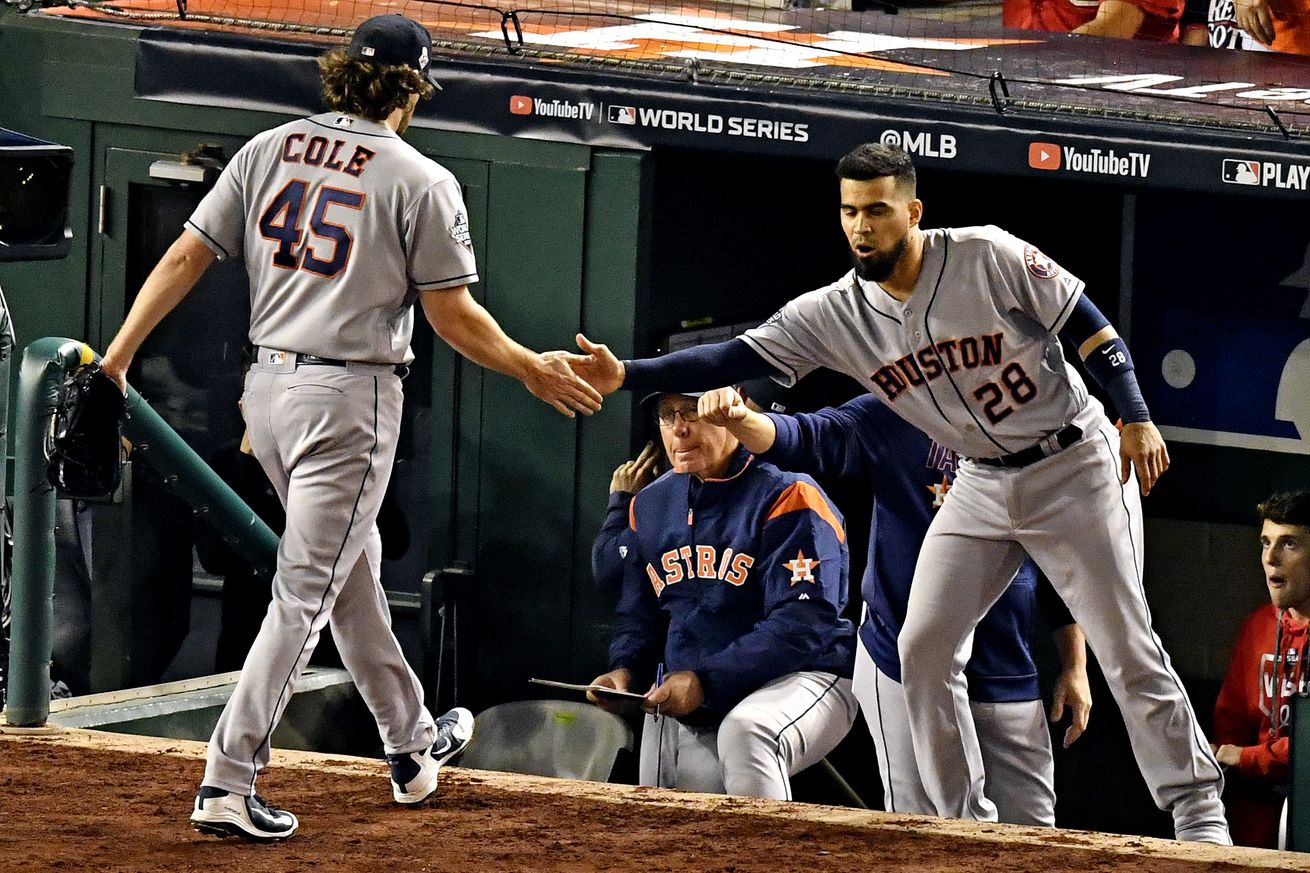 The Houston Astros did some early November roster cleaning today. As I talked about on last night’s Locked On Astros Podcast, Gerrit Cole was indeed the only player offered a qualifying offer by the Astros. If he accepts the offer, he would be signed for a one-year deal for the 2020 season for $17.8 million. Because Cole made $13.5 million-plus in 2019, it would technically be a raise for him, should he accept it. However, he would be selling himself short after a career year and domination throughout the playoffs.

When he, not if, he declines the qualifying offer, the Astros will receive a compensation pick from the team that signs him. According to Jake Kaplan, that pick would be in the competitive balance Round B after the second round of the 2020 MLB draft. This pick would help replenish the farm system that has been thinned out through trades over the last few years.

Speaking of the minor leagues, pitcher Kent Emanuel was added to the 40-man roster via Kaplan. If he was not added, he would have become a minor league free agent after being drafted in the third round of the 2013 draft. He had a few things going for him, he’s left-handed and had a lot of success in the second half in Triple-A. Emanuel went 8-2 with a 3.90 ERA with a 7.17 K/9 rate last season. After losing eight players via free agency, they will be trying to plug holes from within as much as possible.

Lance McCullers will be relied upon next year should Cole leave via free agency. He was officially removed from the 60-day IL today. There was a small movement to try to get him to throw the first pitch in the 2019 World Series, but it didn’t work out. The Astros may limit his innings in 2020 following Tommy John surgery.

One last roster note, the Astros declined the option on Chris Devenski. That does not mean he is going anywhere, but they are trying to save some money from his $2.825 team option. He will now join the salary arbitration crew. Look for them to try to sign him for slightly less to try to squeeze underneath the luxury tax threshold.