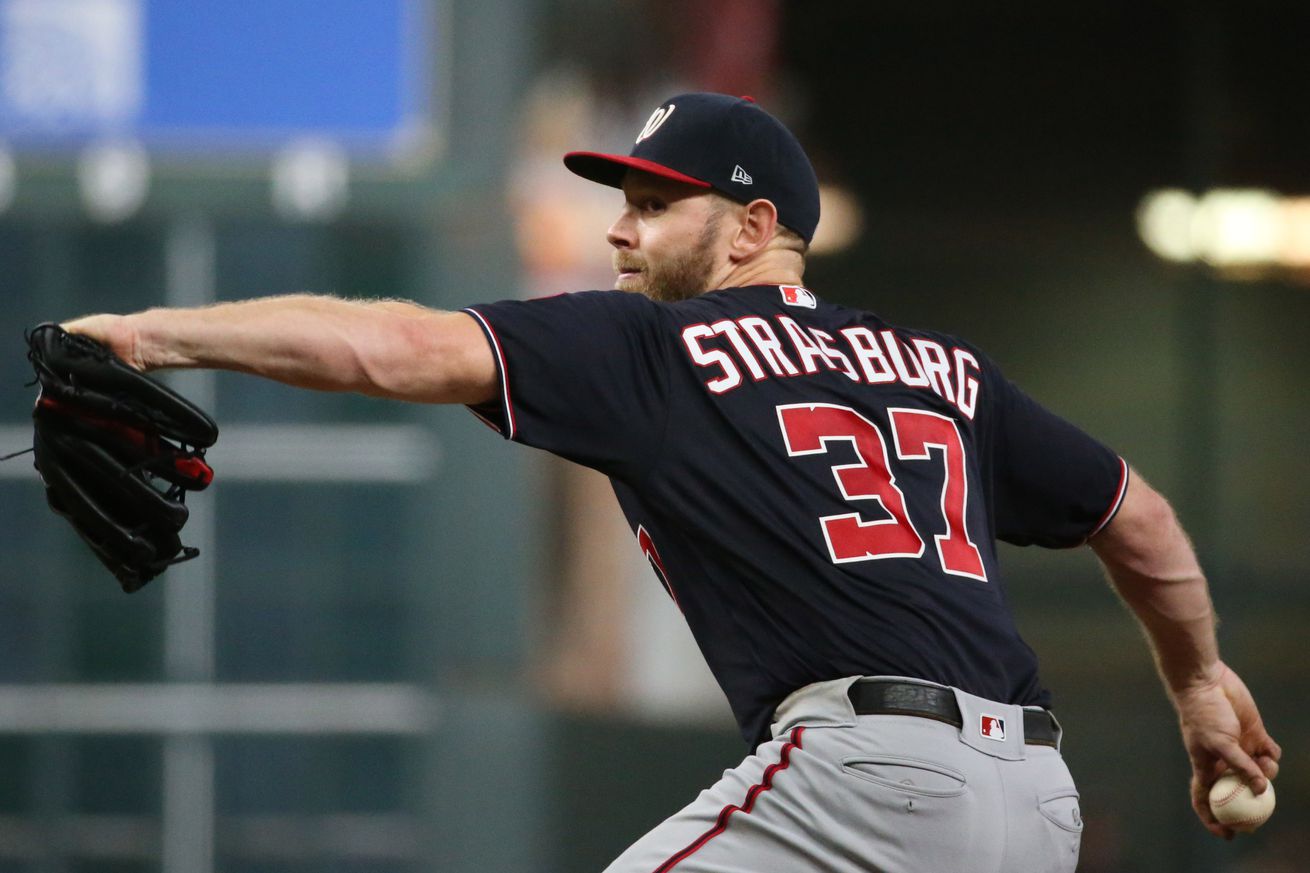 It’s a game seven today for all the marbles

Momentum doesn’t mean a thing. The Nats took two on the road against a moribund Astros squad, and then the Astros came alive in D.C., winning all three games there.

The hot bats of the Stros went cold here in Houston again last night, and the 2019 World Series is now tied 3-3.

The road team has won all six games this series, something that has never happened before in the history of baseball. Or basketball…or hockey for that matter.

Getting shut down by Strasburg is no disgrace. Statistically he has been about as good as Gerrit Cole, with a 2.22 ERA and 0.96 WHIP for the post season, compared to Cole’s 1.72 and 0.87.

So, the return of the Astros zombie bats last night was no accident. Strasburg does that to a team.

2. Justin Verlander is exhausted. After compiling a 2.58 ERA in 223 regular season innings, he has a 4.33 ERA in the post season with 35 innings pitched. in the World Series this is even worse, 5.73, by far Houston’s worst starting pitcher during the World Series.

Last night, Verlander averaged a respectable 95 MPH on his four-seamer. But his max velocity was only 96.5, when during the season he could routinely reach back for 98 or 99 MPH.

Two hundred and fifty eight innings for a 36 year-old pitcher is too many if you expect something besides mediocrity in the late post-season.

3. The Washington Nationals are an outstanding team, especially well-built to withstand the playoffs. If the Astros lose Game 7 tomorrow, it is to a talented and spirited opponent, and a worthy opponent. Only one team can win the World Series. If the winner turns out to be the Nationals, that is no disgrace for the Astros.

4. The Zack Greinke trade goes on display today. Obviously, rightly or wrongly, the success of the trade will be judged by whether the Astros win the game started today by Greinke.

His opponent at this time is unknown. Max Scherzer is said to feel better after his neck froze up, but perhaps the third ace on the Nats staff, Patrick Corbin, will start, with Scherzer and Anibal Sanchez lying in wait to close it out if the Nats get a lead.

The Astros have had success against both Corbin and Sanchez, both of whom have a 6.00+ ERA in the World Series.

Game 7 of the World Series is tomorrow at 7:08 CDT at MMP. Can the Astros break the home field curse and take home their second WS trophy in three years?