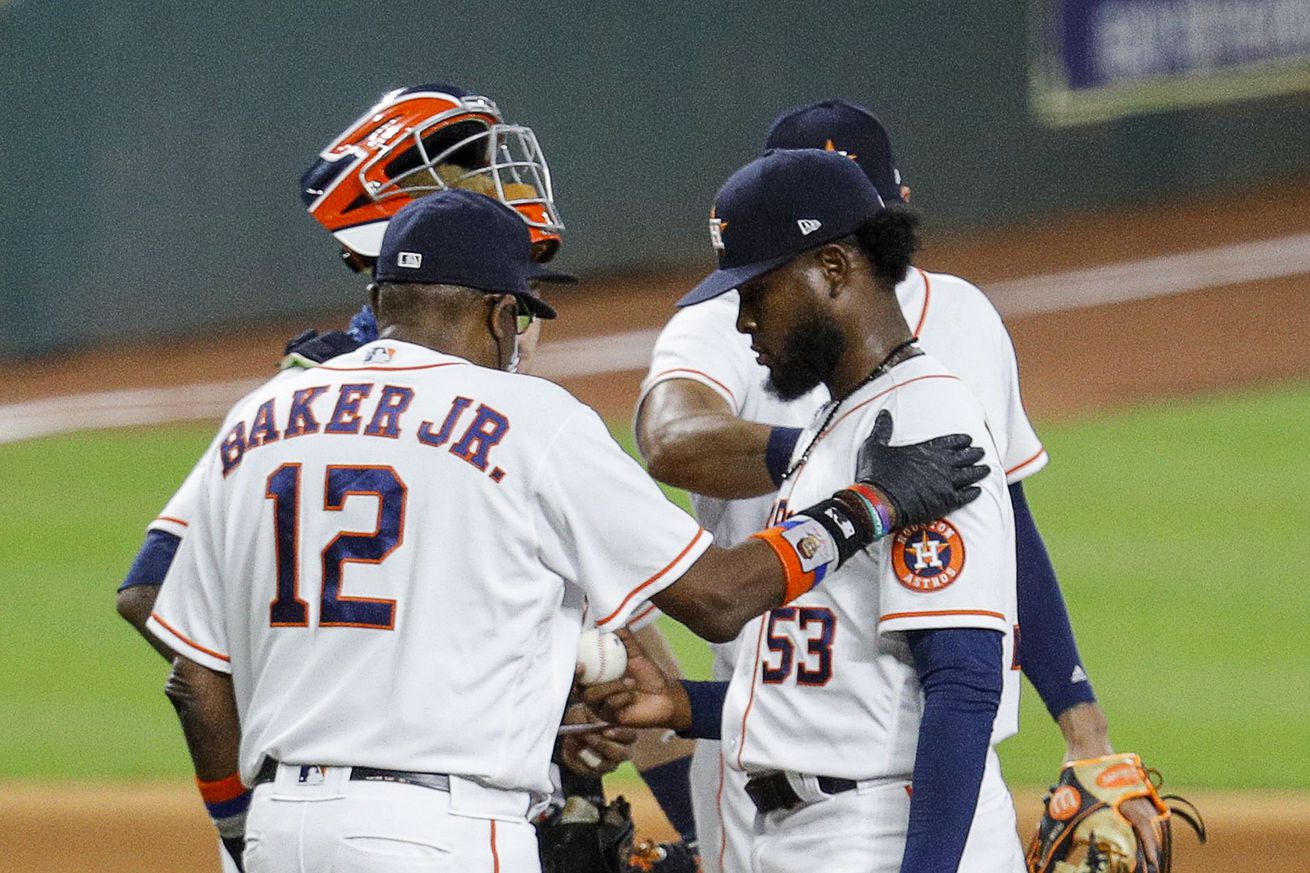 A lot of things haven’t gone Houston’s way in 2020, but hope remains in a shortened season.

Welcome to SB Nation Reacts, a survey of fans across MLB. Each week, we send 30 polls to plugged in fans from each team. Astros fans, sign up HERE to join Reacts.

In a span of roughly a week, we’ve seen the Astros take three of their first four games of the 2020 season against the Mariners and subsequently get swept by the Dodgers at home. Justin Verlander may or may not have a season-ending elbow injury. George Springer, Jose Altuve, and Alex Bregman are struggling to start the season. A pandemic continues to rage as injuries abound across a large swath of the roster. On the positive side, the young guys look good in the early going.

As you may already know, the Astros haven’t fired on all cylinders yet. That said, fans remain quite confident about the Astros and the product on the field. The lineup in particular is where fans exhibit the most confidence at 95 percent.

I think it is fair to point out that hitters are probably getting some of the rust off still. The Astros are also far from the only team with hitters who are struggling at this moment. And just imagine if Yordan Alvarez was available?

The pitching staff has witnessed a fair amount of turnover. After all, multiple rookies have made their Major League debut this season, with mostly positive results so far. Of course, we would all feel better if Verlander is back in action at some point this season.

From a baseball perspective, 2020 has been especially jarring for the Astros. Former manager and general manager A.J. Hinch and Jeff Luhnow were suspended and subsequently fired back in January before the pandemic occurred. In turn, Houston hired Dusty Baker to manage and former Rays exec James Click to become the new general manager. While their track record with the Astros is relatively small, fans are confident in the direction of the club under Baker’s and Click’s leadership.

To vote in the Reacts surveys and have your voice heard each week, sign up here.