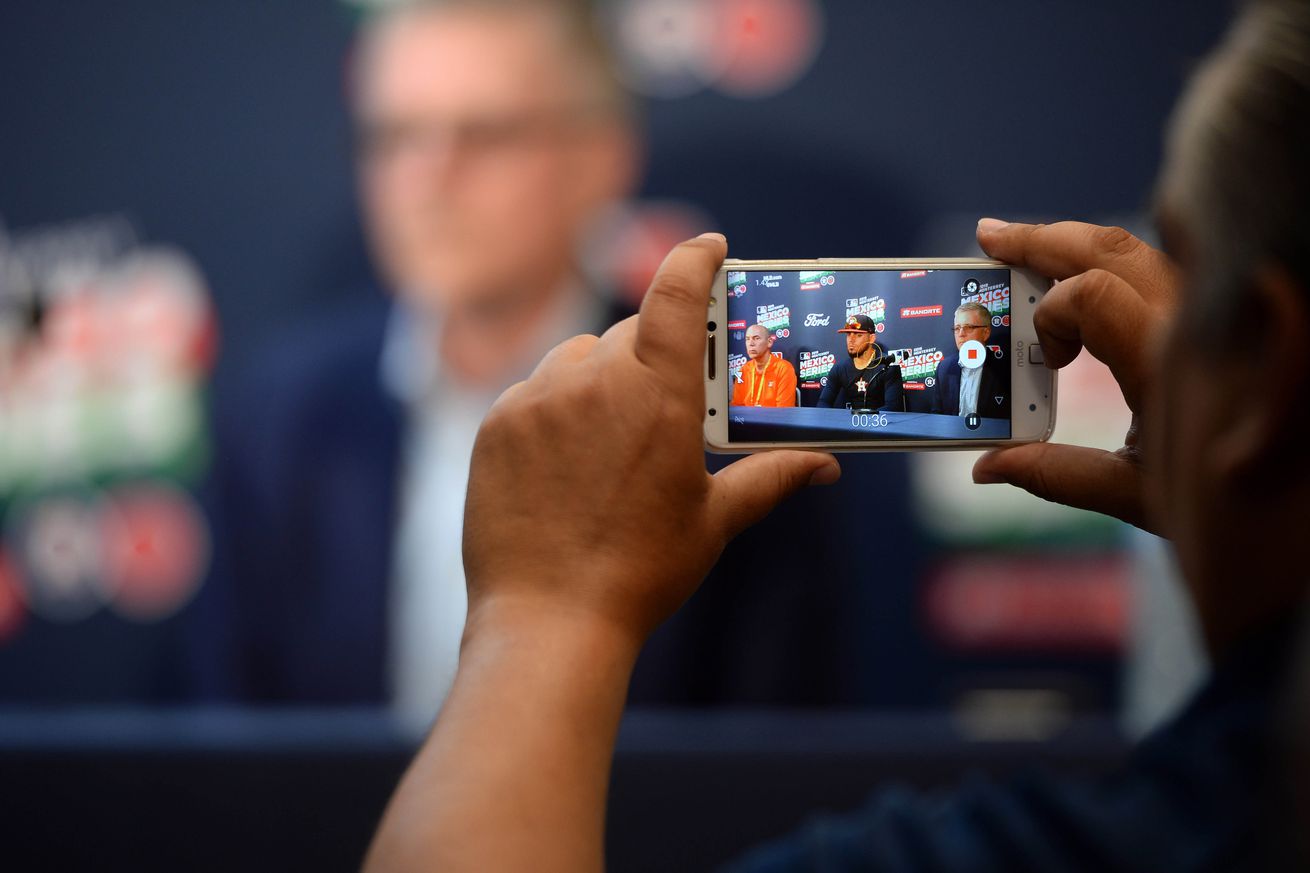 Free Agents May Be Wary of Joining the Astros

The Houston Astros were once the envy of baseball. Now they await a decision by a thorough investigation into them stealing signs. While initially, many thought the focus was solely on the 2017 Astros after an Athletic article dropped. Mike Fiers and others said that the 2017 World Champions used cameras to steal signs. Commissioner Rob Manfred said that he is taking this investigation seriously because it affects the integrity of the sport.

As we discussed on the Locked On Astros podcast last week with Jeremy Booth, more details of the investigation streams out daily, it seems. After making a couple of statements at the owners’ meeting, Manfred said last week that the focus is not only on 2017 but also the 2018 and 2019 Astros as well.

“We are talking to people all over the industry. Former employees, competitors, whatever” – Manfred via Evan Drellich.

Manfred said that they would follow every lead as much as they can. They have probably already talked to Alex Cora, Carlos Beltran, and AJ Hinch for their side of the story. While it started with Fier’s statements, they must have found some more fresh dirt. While Manfred and the MLB don’t want this to drag out, they want to make sure they don’t rush the decision. If they are found guilty, then Manfred could drop the hammer on the Astros as baseball has never seen.

We know that Jim Crane does not want to talk about the investigation. You have to wonder if the team lawyers have told the team not to address either investigation. Don’t forget that the MLB was already going to look into the front office culture after the Brandon Taubman situation. In Manfred’s statement, he alluded that they have combined both investigations. Plus, they are offering players leniency if they tell the truth.

With all this drama, you have to wonder how this will affect the 2020 team. Not only is there a chance for suspensions to coaches and front office members, would free agents to be willing to sign here? Would any GMs want to make a trade with Luhnow? Free agents would like the opportunity to possibly joining the Astros for the latest run for the World Series. But, they may want to wait to hear the verdict of the investigation by the MLB.

Not that the Astros could have added Yasmani Grandal, who signed with the White Sox. He signed a four-year deal for $73 million. The Braves have also signed Travis d’Arnaud to a two-year contract. With Garrett Stubbs as the only MLB ready catcher in the system, the Astros could have made a run for Grandal. However, there is so much uncertainty at the moment within the organization. The Astros are already trying to get underneath the luxury tax threshold.

Jeremy Booth joined the @LockedOnAstros podcast to discuss what could happen if the MLB finds the #Astros guilty. It’s not pretty. https://t.co/HMHq2U4Ot7

This is not a regular offseason for the team in any shape or form.

If they can’t sign a player, maybe they can go out and trade for a James McCann type player. But, what if the Astros do lose multiple picks? Can they afford to give away prospects without being able to replenish them? There are some ‘speculating’ that the Astros could lose picks in the first ten rounds and more. Trades have already thinned out the farm system.

Depending on Luhnow’s potential involvement, could a new or interim GM be running the team with a different mindset than Luhnow? Could Luhnow be a lame-duck GM at the moment? Fans have to assume that he is still working like he usually would. He may need to work a little harder in trade and free-agent discussions.

That’s the problem at the moment. There are too many unknowns. After adding four to the 40 man roster, the roster is now at 38 players. To add some more players, they would need to do some offseason roster cleaning.

Who benefits with the Astros investigation? The AL West has a chance to get the jump on the Astros to catch-up to them in 2020. None have made any big splashes yet, but they probably smell the blood in the water with the investigation. The longer this investigation drags out, the more it can affect the quality of the 2020 Astros roster.

However, at the end of the day, money and a chance for a ring could still attract players to the Astros.