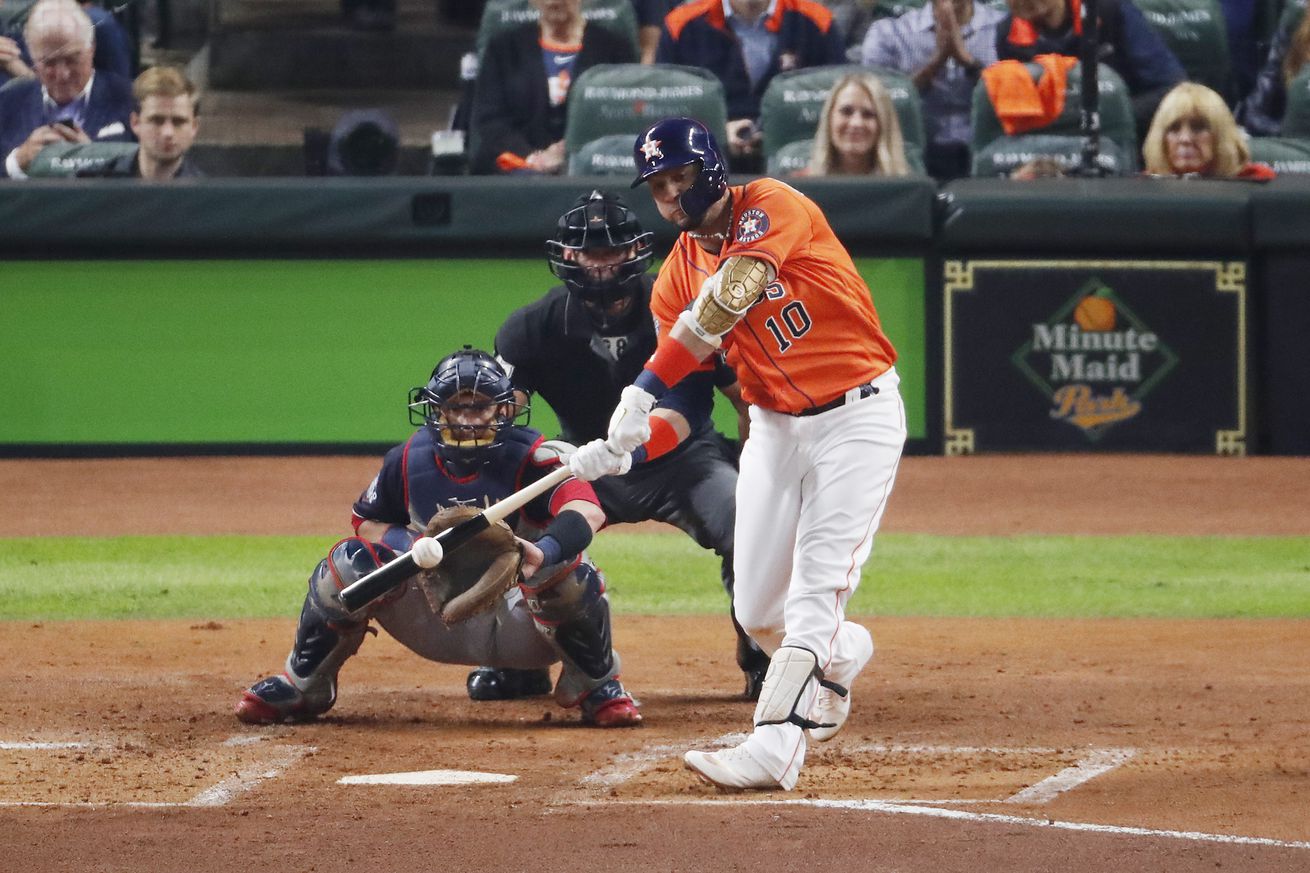 During the off-season, I like to take a moment to look back and reflect on the season, lessons learned, take some time to read about new stats, and the most fun part – looking at my predictions.

Looking at the first two numbers, I was spot on, but Yuli took his power to a whole other level this year (as well as his defense). So I started to wonder what drove the differential in power.

So the question that’s probably on everyone’s mind, is whether or not this is sustainable or if he had a fluke year.

The expected stats on statcast come in at: .284/.329/.422. These do not see his performance as repeatable and actually align extremely closely to the projections from prior to the season.

As you dig deeper, Yuli’s July looks like an aberration than something that can consistently be repeated with 12 of his 31 HR coming in the month of July where Yuli was beyond hot (hitting an absurd .408/.437/.847!!!!!!)

From an age perspective, it’s easy to say that Yuli will be 36 next season and use that as a simple answer that Yuli will not be able to repeat. On a pure statistical standpoint, it seems like the answer is no, that Yuli can not repeat his 2019 in 2020.

But part of me isn’t buying it. Maybe it’s the eye test misleading me, I’m not sure. In his age 35 season, Yuli tied his fastest sprint speed for his career, he performed significantly better against fastballs in 2019, and has continued to improve his K% and BB%.

It is also worth mentioning Yuli’s defensive evolution. He came to the MLB as a player who had pre-dominantly played 3B (with 2B, SS, and CF thrown in), having never played 1B in his career from what Baseball-Reference shows in his foreign league play. He drew some ire from fans as he learned the position, but from the eye test, he became an elite defender at the position. He was even a finalist for the Gold Glove Award – largely due to his ability to scoop bounced pitches, which he was the best in league at according to mlb.com. The advanced stats did not look as kindly at Yuli’s defense, but I believe that to be partially skewed due to the Astros usage of the shift.

Plus how could you forget this play:

Yuli Gurriel!! What an effort!

Not often you see two dives on one play. pic.twitter.com/qrNVGLmPmO

Especially when he does it twice in two games:

For those who remember “Highlights,” can you spot the differences? #Gurriel #LaPiña #Astros #TakeItBack #WorldSeries pic.twitter.com/s4qOApStOo

Do I believe that Yuli will repeat his 2019? No, not from a power perspective. But I do think he has a chance to continue to improve even from my 2019 prediction.

Steamer and Depth Chart have an identical triple slash projection coming in at: