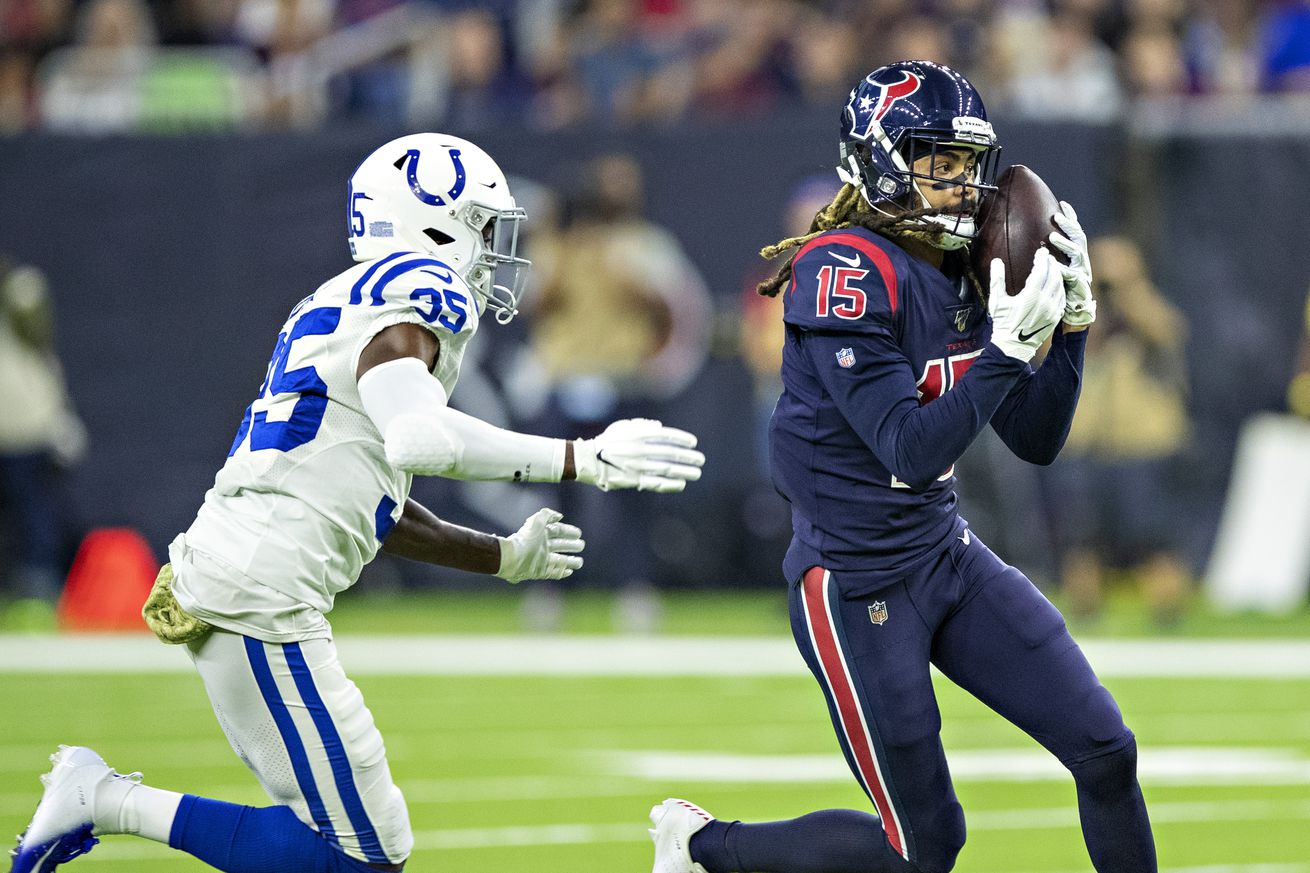 Here’s how things look through 12 weeks.

The Texans supplanted the Colts as AFC South leaders after beating Indianapolis in a riveting and sublime 20-17 Thursday Night Football game. Deep passes down the field after the run was established. A great run-run-pass-pass stop on defense. Frank Reich wasted a timeout and the Colts never got the ball back. Houston is 7-4 and the Colts are 6-5 now.

All of this happened three days ago. Aside from Baltimore, the rest of the AFC got going yesterday, and regardless of the result of Monday Night Football this evening, Houston’s position in the AFC playoff picture doesn’t change.

Currently the Texans are the #3 seed and would be hosting a Wild Card Round game. ESPN’s Kevin Seifert had the following to say:

How important was the Texans’ comeback victory Thursday night over the Colts? It returned them to a commanding position in the AFC South and made them a near lock to at least make the playoffs, all while severely diminishing the Colts’ chances to claw back into the race. The Texans now have an 89.7% chance to reach the postseason and a 74.5% chance to win the division. The schedule won’t deal them any favors in Week 13, but at least they’ll have the Patriots at home.

Next up: vs. New England

If the NFL Playoffs started today, Houston would host the 6-5 sixth seed Pittsburgh Steelers. Pittsburgh just beat the Cincinnati Bengals and benched Mason Rudolph. Their defense is great. The schedule is easy: Browns, Cardinals, Bills, Jets, and the Ravens, who may not have anything to play for by the time they end the regular season. The Steelers could hold on for a playoff berth, but the quarterback play is so iffy. Pittsburgh will be battling the (6-5) Raiders, (6-5) Titans, (6-5) Colts, and (5-6) Browns down the stretch for a wild card slot.

Houston is trying to hold off the Titans and Colts in the AFC South, all while trying to leap the Ravens or Patriots to pick up a first round bye. The Texans failed their first test by losing 41-7 to Baltimore two weeks ago. They’ll get another chance on Sunday night against the New England Patriots at NRG Stadium.