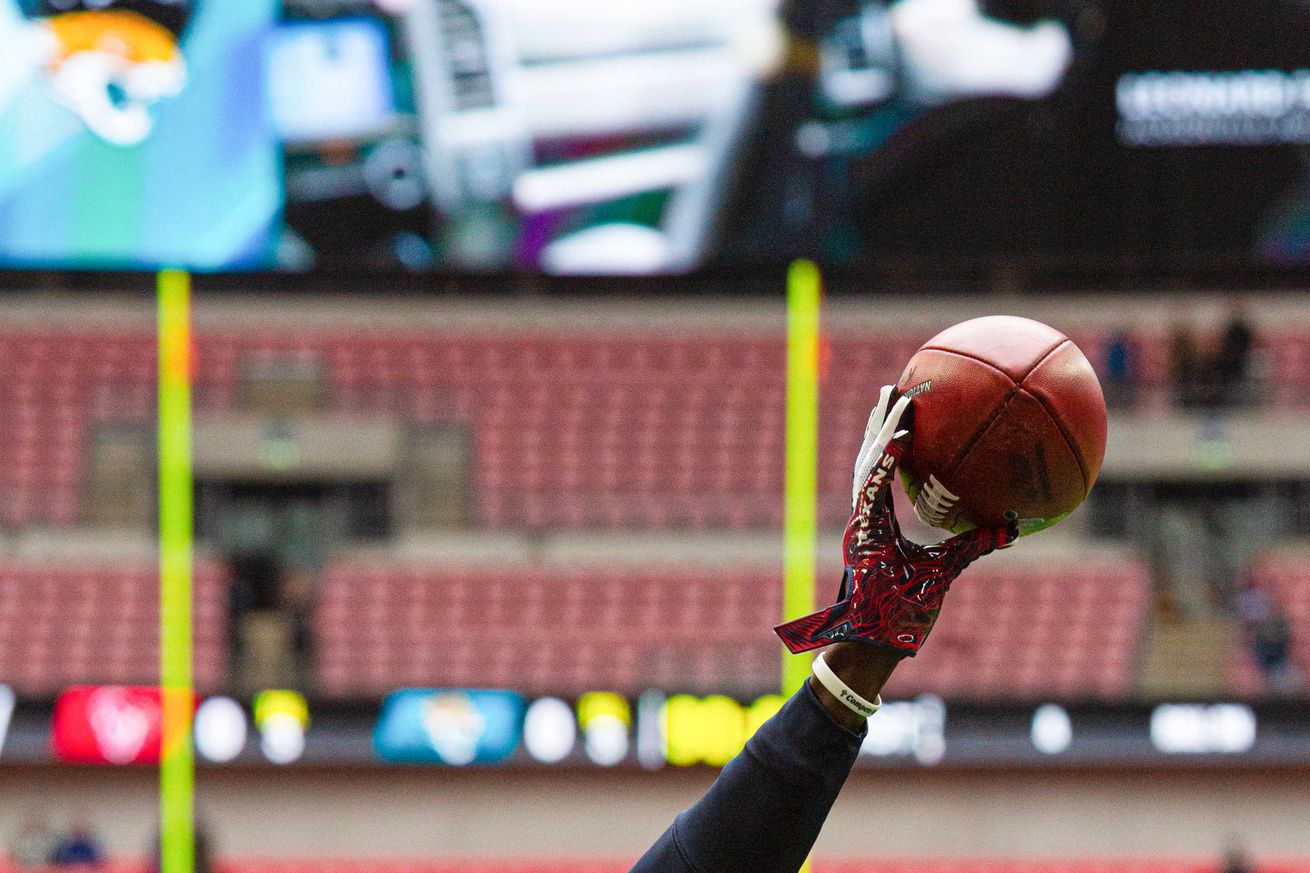 The Masthead hand out virtual trophies at the halfway point of the 2019 season.

If nothing else, the 2019 NFL season for your Houston Texans has been a wild ride so far. Mind-blowing/boggling trades, radical moves, crazy games, crazier plays….no matter how the Texans fare this year, it will certainly be a memorable ride to get there.

As we wind down the bye-break and gear up for the Texans and Baltimore Ravens this weekend, we decided what better time than now to give out virtual game balls for the best performers at the mid-way point of the year.

Offense: Deshaun Watson. It can’t be anyone else. He’s water. He flows with defenders, morphs into a puddle and seeps out of the pocket, evaporates, then rains down touchdown passes. He routinely does things I’ve never seen before routinely. No matter who’s blocking, who the opponent is, the scheme, the playcalling, whatever, the Texans have a chance to win.

Defense: Benardrick McKinney. The Texans’ defense is built around the interior now that J.J. Watt’s gone. It goes from D.J. Reader, up to McKinney and Zach Cunningham, and then up to Justin Reid when he does his janitorial duties, even though it changed last week. McKinney is my favorite of these players now that Reader has stopped rushing the passer well. I love the shut up dad i wish i was never born My Chemical Romance eye black. Every tackle sends the ball carrier sprawling backwards. He runs through guards to make tackles. He’s improved in coverage dramatically, stuffing screen passes to Leonard Fournette, sitting in short hook zones, doing those sorts of things. He’s a great interior blitzer. And hell, I can’t wait to see him used as an edge rusher more often. He knocked down a pass rushing against Cam Robinson last week.

Special Teams: Joe Marciano’s spirit. Houston is 7th in special teams DVOA. The curse ended last season. The ghost of Joe Marciano found what he was looking for—acceptance, closure, whatever that may be—and finally left this world to move onto the next one.

Offense: Your 2019 NFL MVP Deshaun Watson. Watson is the strongest player in the NFL as he has to carry the team and coaching staff to victories.

Defense: D.J. Reader. He’s cooled down some after his scorching start, but he’s been creating havoc all year, whether for himself or for teammates. He’s the best defensive tackle this team has had since Ray Childress and Curley Culp.

Special Teams: Deshaun Watson, because he deserves another.

Offense: Who else could it be but Deshaun Watson? He’s all-world, a legit MVP candidate, and he does things on an almost regular basis that you might only see a handful of times per season. When he’s on, the Texans are in every game no matter the opponent. When he’s truly “unleashed” by Bill O’Brien, the team can be nearly unstoppable offensively. Yet all that being said, you can see there’s still improvement to be made. The sky is the limit for Watson, and I’m confident in saying we haven’t seen his best yet.

Defense: J.J. Watt gets the midseason game ball. I believe he was leading the NFL in QB pressures when he got hurt, and even at 80% of his former self, he’s still one of the best in the business. It’s very sad that he has to sit out yet another huge chunk of season because as beloved as he is, we can all see “the end” coming for the greatest Texan in franchise history.

Special Teams: I’ll give this one, strangely, to Bill O’Brien for being better at keeping the Specials units off the field in favor of trying to convert more 4th and short opportunities by putting the ball in Deshaun Watson’s hands.

Offense: The game ball has to go to Deshaun Watson. He’s playing like the best QB in the league right now and has a legit shot at MVP. The Texans are the most dangerous team in the NFL when he’s on.

Defense: Justin Reid. Despite the fact that the secondary is really bad at most positions, Reid has been having a really good season. He’s been in the right position more often than not and has made some big tackles and PBUs.

Special Teams: I’m going to act like this game ball doesn’t exist. Fairbairn and Daniel Anger have been meh all season. I wouldn’t be surprised if the Texans explored other options in the offseason.

Offense: It has to be Deshaun Watson. Sure, Carlos Hyde and DeAndre Hopkins are having amazing years. Bringing in Laremy Tunsil and finally settling first round draft pick Tytus Howard at right tackle were game-changing moves, but in the end it’s all about DW4 making magic in the backfield. Anyone who thinks he shouldn’t be a front runner for NFL MVP this year isn’t paying attention.

Defense: Benardrick McKinney. This dude is the epitome of Teddy Roosevelt’s “Speak softly and carry a big stick.” He doesn’t run his mouth to the press, do a lot to draw attention to himself, or go into histrionics when he makes a tackle (because why should you when that’s what you get paid to do as a linebacker?). He just shows up and brings the pain. While many people used to talk about the fear Brian Cushing put into opponents, I’d be willing to bet many of the Texans’ current rivals would prefer to face Cushing again over McKinney.

Special Teams: Ka’imi Fairbairn. The dude has missed some kicks this year, but so far in his short career, it’s hard to argue that he’s not the best kicker in franchise history. When he’s on, he’s money. He pins opposing teams with deep kicks, nails long distance field goals and when necessary captains the all-field goal offense to kick ball glory.

Offense: Deshaun Watson is everything we dreamed of and more. He’s able to keep the Texans in just about every game. So far, Bill O’Brien and the defense are the only ones who have been able to submarine games out from under him.

Defense: Justin Reid had a tremendous rookie season last year, and this year he’s the heart of the secondary. Never mind that the rest of the defensive backs are either old, broken or were bagging groceries a few weeks ago. But I digress, Reid is a fantastic defender.

Defense: Zach Cunningham. Rarely mentioned and highly regarded as one of the most flexible players in the league, his ability to cover running backs and tight ends is unquestionable. He’s a talented tackler and ballhawk. He’s come in and made the interior of the defense nearly impassable.

There you have it—the most important non-existent trophies we’re going to give out today!

Which players have stood out the most to you this year?