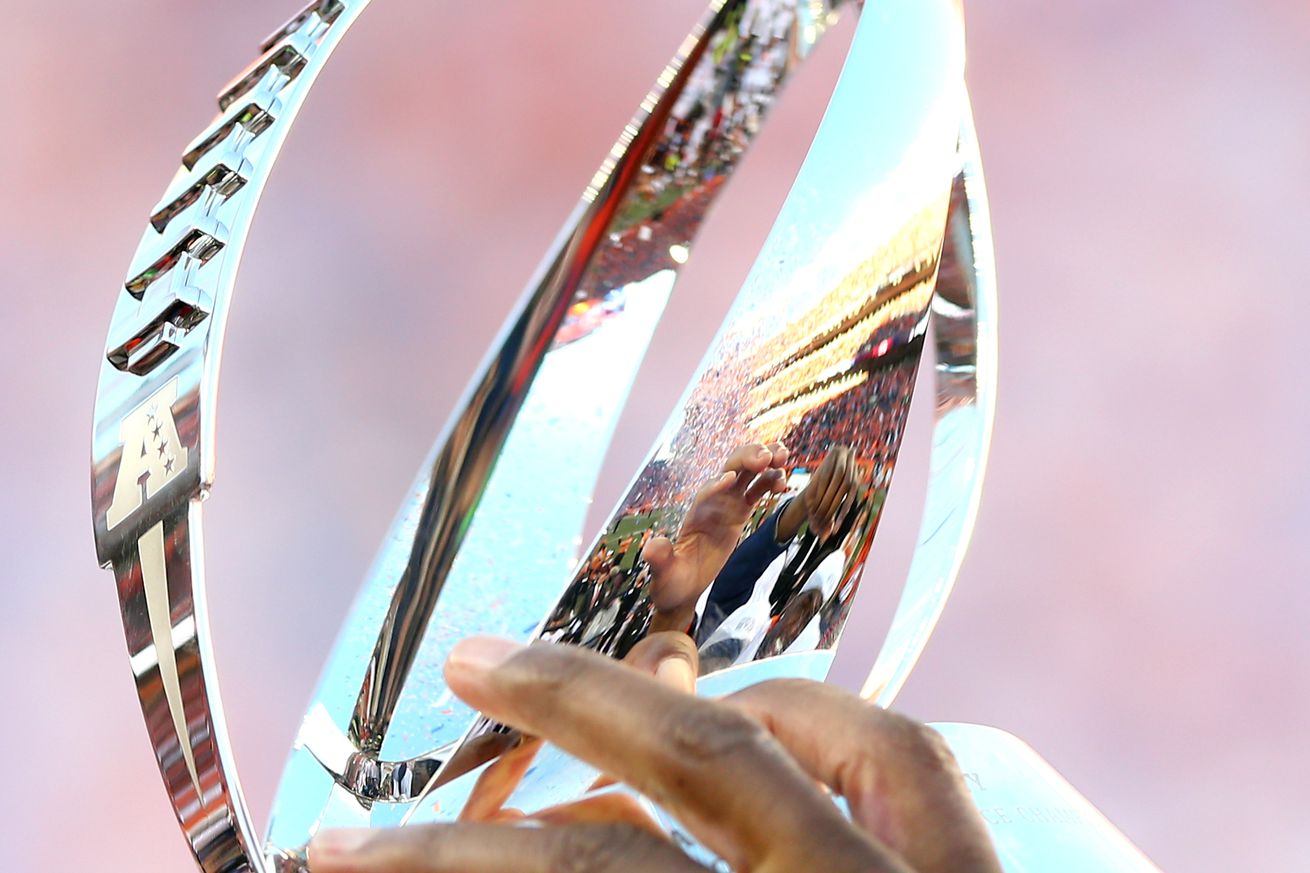 The staff gets together to predict the rest of the Texans’ 2019 season.

The Texans aren’t playing football this week, but typically at this time, and on this day of the week, we post our predictions for the upcoming game. Since the Texans are off, instead visiting their former high schools, colleges, hometowns, or partaking in two story home lounging, we examine our personal expectations and envision how the rest of the Texans’ season will play out.

I think the Texans finish the season at 11-5. They will beat the Ravens and Colts but then lose to the Patriots on Sunday Night Football. And they will split with Tennessee because that’s just Newton’s 4th Law. It depends on the seeding, but I think the Texans will host the Bills in the Wild Card round as the 3rd seed and they will win. Then they likely have to go to Kansas City and it ends there. I expect a good game but I don’t know why anyone would expect that secondary and pass rush to hinder Patrick Mahomes in any possible way.

I would say it is a satisfactory season that meets my expectations, but after this, no more being happy just to be in the playoffs. Seriously, no more. In the last few years, the Eagles have built a Super Bowl caliber team around Carson Wentz. The Rams have done it with Jared Goff. The Cowboys with Dak Prescott. The Chiefs with Patrick Mahomes. See the trend?

They need to build a Super Bowl team around their superstar quarterback after this season. Honeymoon is over.

The Texans face one of the most critical three-game stretches of a regular season schedule in franchise history after this bye week. They travel to play the Ravens who are looking like the best team in the AFC after Baltimore dismantled the Patriots, and then Houston faces the Colts at NRG just four days later (I really hate Thursday Night Football!!). The following week they host the Patriots and need to get that monkey off their back once and for all.

Can they do it? Can they win all three of those games? Probably not. In fact, I’ll bet they lose to the Ravens, beat the Colts and then lose to the Patriots. I hope I’m wrong and that they can make an incredible statement to at least come out 2-3 in that stretch. I just won’t believe it until they do it.

They then go on to host the struggling Broncos, head to Tennessee to topple the hapless Titans, swing into Tampa to tap the Bucs down a few more notches at the bottom of their rum barrel, and then close out the season at NRG against the Titans. You read that correctly, some fool in the NFL’s scheduling department arranged the same division opponent twice in three weeks.

All that said, I think they go 5-2 to run out this string for an 11-5 finish and a first-round bye in the playoffs. This exceeds my expectations for an O’Brien-led offense, and that’s entirely because Deshaun Watson won’t let a bad offensive coordinator stand in the way of destiny.

Here’s what we’re looking at for the second half of the season:

Depending on which Texans team shows up in Baltimore, I think this is a totally winnable game. Despite all the David v Goliath hype the Ravens are getting right now for downing the Patriots, Lamar Jackson isn’t Deshaun Watson: 1-0.

The Colts are coming down to H-Town and going down at NRG: 2-0.

Until Bil O’Brien defeats Darth Belichick, he won’t be a Jedi: 2-1.

The Texans get revenge for [NAME REDACTED] ever being foisted on the world as a starting QB: 3-1.

Michael George Vrabel follows in his mentors footsteps and takes one from fellow mentee Bill O’Brien: 3-2.

Might need to flip a coin on this one ‘cause the Buccaneers could beat anyone or lose to everyone this season depending on which version of their team comes out of the tunnel: 3-3.

Deshaun Watson ends the season, cementing his MVP campaign by handing the Titans their second 50 burger shellacking from Houston in recent memory: 4-3.

With the easy math, this puts the Texans at 10-6. I expected better prior to the Tradepalooza in the late summer, then lost all faith before gaining some back. While I’m still not sure this team is built to win beyond the Wild Card game, if the injury bug stays away and they get hot at the right moment, the team that beat the Chiefs could beat every other team in the league on any given Sunday.

I originally had the Texans finishing this season at 11-5. So far, that looks like it could be a possibility but I’m going to make a change and say we finish 10-6 instead. To me the only game we shouldn’t be favored in the rest of the year is the Patriots game. Bill Belichick has a history of making BOB look foolish.

The Ravens game is a toss up and assuming the Colts are still struggling with health issues, we should be able to take that game as well. The rest of the schedule looks good for us. The Broncos, Titans (2x), and Bucs are all inconsistent teams at best. They could get hot and have a good game against us but I’ll put my faith in Deshaun to navigate those waters.

My guess is we win the AFC South and play in the Wild Card game against either the Colts or Raiders. After winning that game, we will have to go to New England to take our beating before heading home for the winter.

The Texans have surpassed my expectations thus far this year. I always thought the first half of our season was more difficult so I like where we are at the halfway point. While I would love to see us hoisting the Lombardi Trophy at the end of the year, I just don’t think we have the depth to claim the title just yet.

The Texans, to this point, have surpassed my expectations, but I am still very cautious because this team, as good as it can look, can also lay embarrassing eggs, such as the home performance against Carolina (my one game I went to this year – thanks fellas), or the road loss to Indianapolis where the secondary just got shredded. I believe my prediction for this season was 8-8 based on my assumption of a different (but not better) secondary, and an offensive line that didn’t realistically appear to be capable of a significant enough turnaround in 2019, and mainly – because Bill O’Brien.

Instead, what we’ve seen is:

-Bill O’Brien finally realizing that he needs to trust Deshaun Watson and gameplan to his strengths on a regular basis instead of pulling back and trying to make him Tom Brady every other game.

-The Texans acquired Laremy Tunsil, Tytus Howard has been better than expected at his young age, and the guard play hasn’t been garbage.

-The secondary is still different, but not better.

-Mainly though, what has made the difference is the continued growth of Deshaun Watson, who I love but thought his ceiling was always to be at the top of the 2nd tier of NFL QBs. It’s clear to me now that there is no ceiling and Watson could literally become the best QB in the NFL.

As for the rest of the season:

Texans finish 10-6, good enough for a wild card in the AFC South – and I think they win the wild card game before getting bounced.

The Texans are meeting my expectations so far. I knew that as long as they had DW4 in the backfield, they weren’t losing more than 7 games this season.

I predicted a 10-6 record for the Texans in the summer, which is still possible looking at their remaining schedule. However, they will finish 11-5. They’ll win two of the next 3 games against Indy, Baltimore, and New England, and have a let down game. I can a loss at Tampa Bay due to their high power offense.

The Texans will secure a 3rd seed and defeat the Colts in a playoff rematch of last year. Next round they’ll face the Chiefs and again upset Mahomes and company in a high scoring bout. Unless somehow Baltimore beats them again in the divisional, the Texans season will come to an end in the AFC Championship Game against the Patriots.

Before the season started, I predicted the Texans would finish 9-7. I expected the team to be 4-5 at the bye, with the Texans taking advantage of an easier second half and a particularly soft December schedule to finish with a winning record.

The Texans are 6-3 right now, so they’ve certainly exceeded my expectations.

Perhaps it’s the Deshaun Watson talking, but I now think they win five of their final seven games to finish 11-5. I believe that’ll put them atop the AFC South but won’t be good enough to earn a first round bye in the NFL Playoffs. In terms of Houston’s ceiling in the postseason, I’d have to see how the bracket shakes out and what the path to Hard Rock Stadium on February 2nd looks like before I’d hazard a guess as to whether the Texans will be my pick to represent the AFC in the Super Bowl. Right now, I’d have them falling short of that, but all things are possible with DW4.