The Houston Texans entered the 2022 NFL draft with a roster barren of talent. With two first-round picks, general manager Nick Caserio had a chance to add blue-chip prospects to help coach Lovie Smith transform his Tampa 2 scheme and also add firepower on the offensive side of the ball.

The initial first-round selection of the Caserio era was a cornerback in LSU’s Derek Stingley at No. 3 overall. The former 2019 national champion draws some comparisons to former New England Patriots cornerback Stephon Gilmore, which might make some sense as to why Houston turned in his card.

According to Luke Easterling from the Draft Wire, the selection of Stingley warranted a B grade.

This might seem like a curveball, but Stingley’s talent and potential have never been in question, and the Texans clearly still valued him as one of the best prospects in this draft. Injuries limited his impact over the past two seasons, but as a true freshman, Stingley was often the best player on the field against SEC competition. Lovie Smith’s defense gets a shutdown corner with limitless potential, as long as he can stay healthy.

Easterling gave the New York Jets an A grade for their selection of former Cincinnati Bearcats cornerback Ahmad Gardner, which seems to represent the continuation of the Stingley versus Gardner debate the Texans were having. While Stingley may have the highest potential, his Linsfranc injury that limited him to three games in 2021 is a cause for concern and is the sword of Damocles in terms of his bust risk.

Nevertheless the Texans addressed a need with seemingly the best player available. Caserio will now need to find a way to add more talent to the defense so that Stingley isn’t by his lonesome trying to stop the opponents’ passing games.

Will Stingley lead Texans in INTs as a rookie? – Powered By PickUp 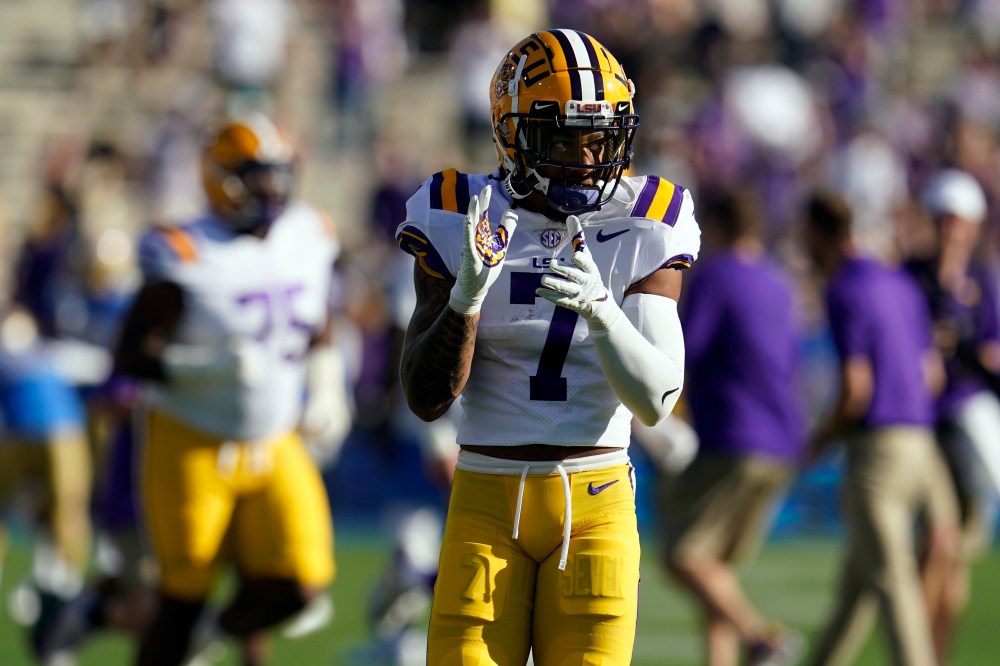