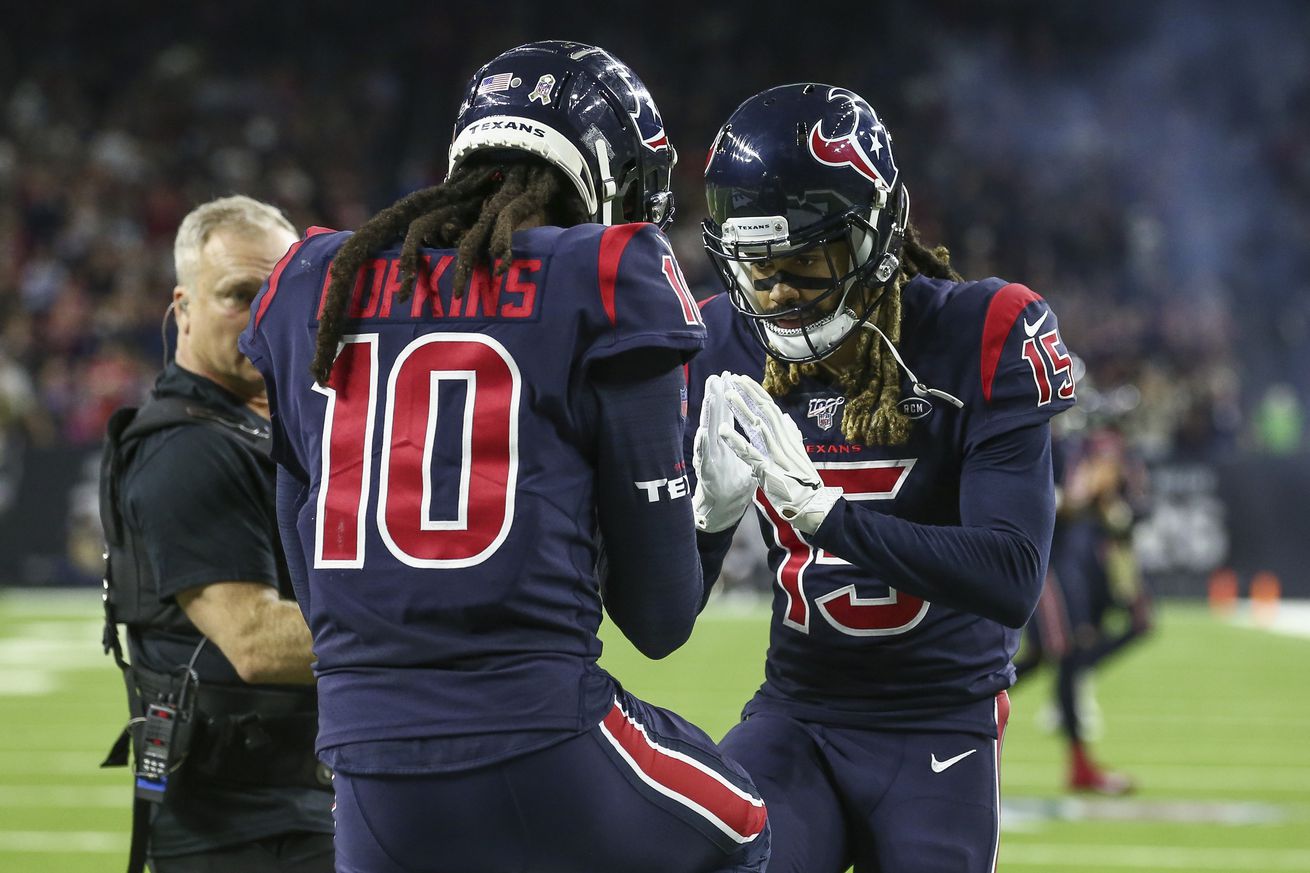 The Texans might have just won another AFC South Championship.

I’ve missed this so much. I’ve missed DeAndre Hopkins and Will Fuller on opposite sides of the formation, criss-crossing, stressing the safeties to make a decision, and Deshaun Watson throwing rainbows into the cauldron at the end of it. I missed DeAndre Hopkins being utilized as a sideline receiver against man coverage and beating every type of corner: smaller speed guys or big, physical press backs. It’s the best. Tonight both Fuller and Hopkins took off and tore up the Colts’ Cover One defense.

The establishing-the-run scheme was still here. That was the entire first half. Aside from one big Carlos Hyde run, every first down rush was a record scratch. A one yard gain. A scramble to set up a more manageable third down. The deep passing in the second half atoned for these sins.

On the other end, the Colts did the same. Frank Reich and Bill O’Brien bring out the worst in each other. Reich tied to establish the run on his own. It was the same ineffective slog on Indy’s end. The same head-bashing into the interior of the line of scrimmage, except for one drive, when ten of eleven runs ended in a score. Other than that, it was ineffective and wasteful.

The Colts were trying to come back and tie the game. They went run-run-pass-pass. T.Y. Hilton lost a catch in translation. After third down, before they went for it on fourth down, the Colts wasted a timeout. I saw splotches. It wasn’t the Houston Texans doing this. Then Tashaun Gipson crashed down and almost came away with an interception. He didn’t, but it forced a turnover on downs. From there, the Texans did what they love to do: Kill the clock. A crucial completion to Fuller was the Smirnoff in the bean pot.

Houston shouldn’t stop throwing the ball downfield without Fuller on the field. But they did, and they do. That’s the past. It doesn’t matter now. Fuller is back. The Texans are a dynamic and exciting passing offense once again. As a result, they’re a dangerous football team, and dare I say it, the eventual AFC South Champion.