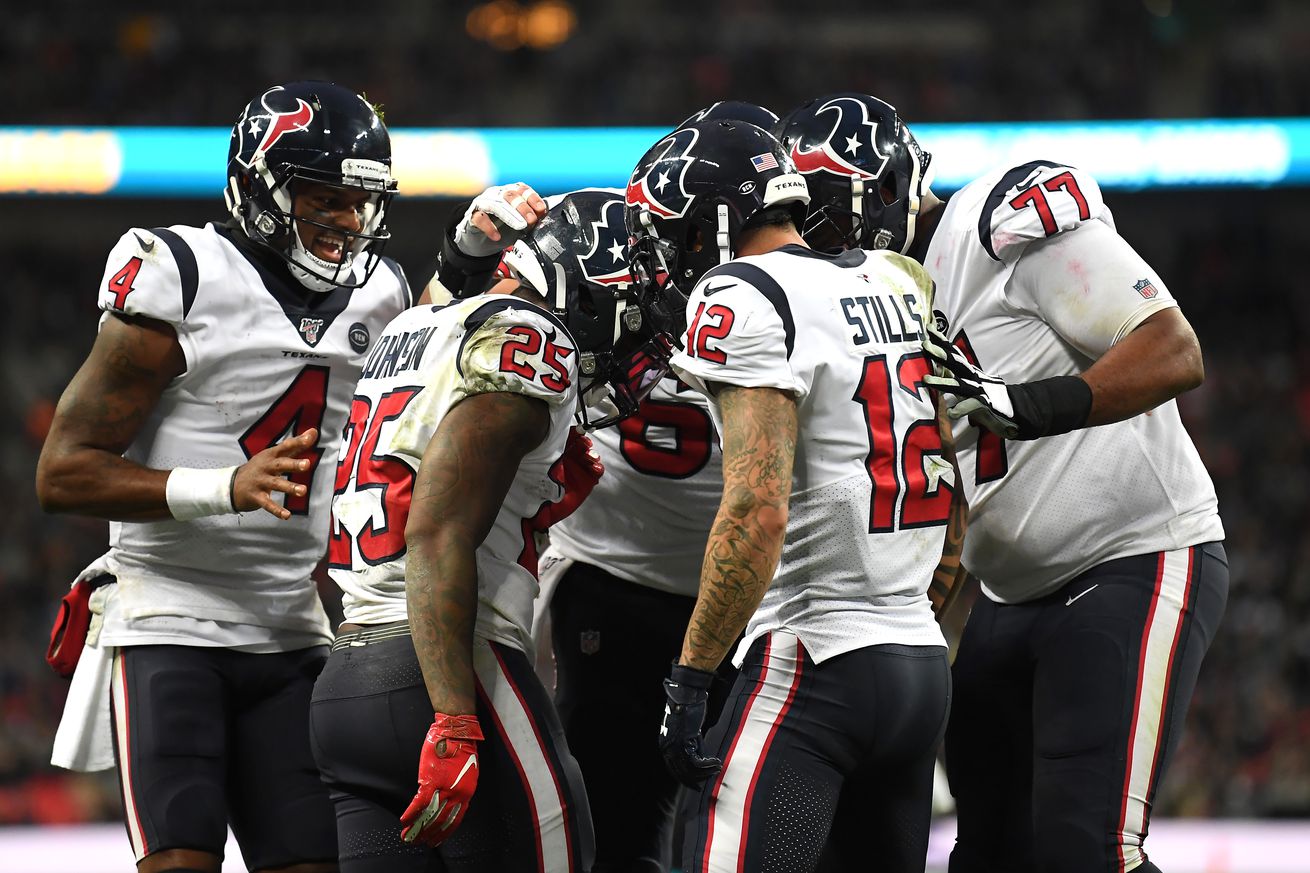 Shouts out to the lads.

Coming into this game, the Jaguars had the 8th ranked passing offense by DVOA. The Texans had the 23rd ranked pass defense by DVOA and were scrambling to field a defense without J.J. Watt.

This didn’t matter. The Jaguars tried to match the Texans’ ball control offense with one of their own. They ran the ball to set up more manageable third downs. Romeo Crennel used creative blitzes on third downs to make pass attempts uncomfortable; even a little scratchy was a win for this pass rush. Gardner Minshew II wasn’t completely in sync with his receivers. He ran into pressure. The Jaguars repeatedly refused to throw the ball deep downfield, and when they did, Gareon Conley played the ball well.

The Texans did what they typically do on offense nowadays: Just enough. They mixed up play action with pick and pop passes to take advantage of the Jaguars’ crappy linebackers. Carlos Hyde had a big day. They held the ball for a long time. The ball was out quick, and even without Laremy Tunsil out there, the Jaguars’ pass rush didn’t amount to much, and when it did, Deshaun Watson put on the stars and crescents to make some wild plays.

Despite the expectations of two exciting passing offenses shipping out to battle on foreign soil, the game played out far from that. It was the type of AFC South battle taken directly from 2014, or 2016, or 2018. Pick a year. It’s there.

Winning games is good and important. The Texans did that. They’re now 6-3, and they wait to see what happens to Indianapolis in Pittsburgh.

The Texans have the next week off and will then head to Baltimore to play the Ravens.