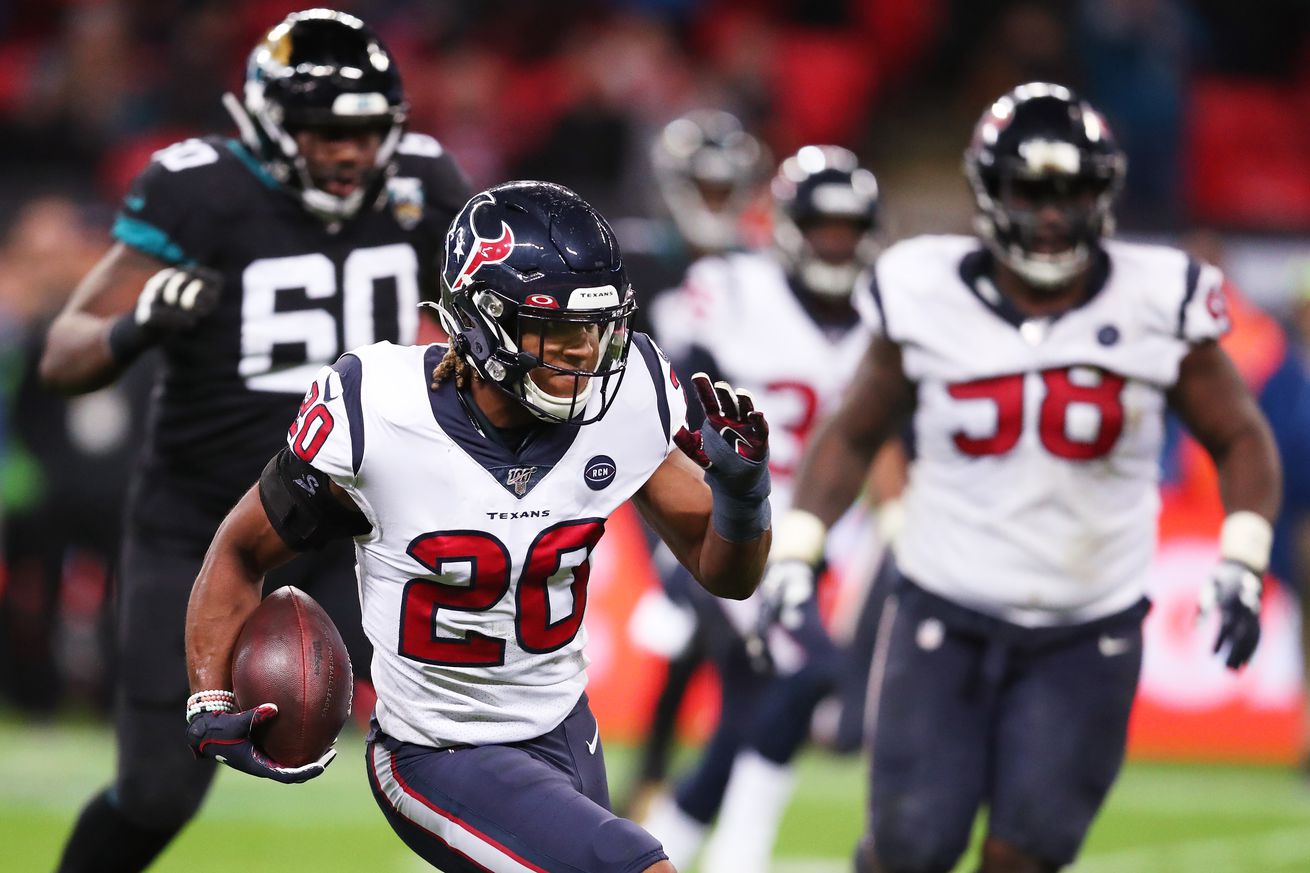 The Texans’ secondary is getting healthy.

While you are slicing potatoes, picking pumpkins for the pies, boiling chickens, brining turkeys (bawk bawk bawk), and filling brown bags with glass bottles, the Houston Texans are preparing for the BIG GAME against that insurmountable force, the New England Patriots, on Sunday night at NRG Stadium. There’s good news on the injury front for Houston.

Justin Reid, battling a mangled shoulder, suffered a concussion against Baltimore. He missed last week against the Colts. It didn’t really matter. This week, he cleared concussion protocol. He’s back at practice and should play this week.

The other good news is that Lonnie Johnson Jr. and Bradley Roby are practicing. Roby was questionable entering last week’s game against the Colts and was unable to suit up. A tweaked hamstring has ailed him for weeks now. Johnson has been out since suffering an ankle injury in Baltimore that saw him carted off the field. Expect for both players’ statuses to be unknown until inactives are announced on Sunday night.

Finally, Carlos Watkins’s hamstring was bothering him after last Thursday night’s game. He said it feels better and may play Sunday.

Enjoy your turkey. Along with fresh threads for each of the three Thanksgiving games, we will have more hot content on Friday and Saturday. The Texans play the Patriots on Sunday at 7:20 p.m. CST.