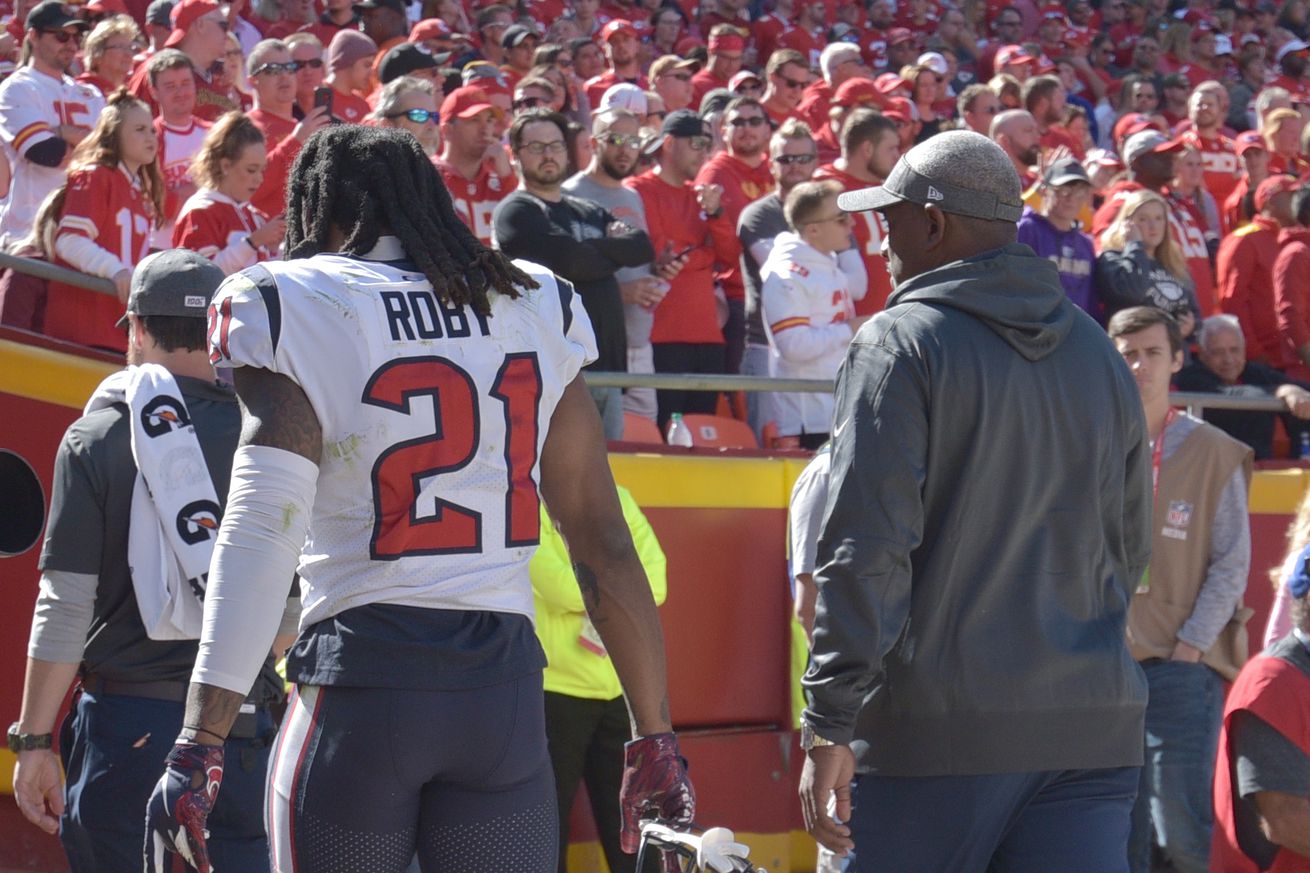 The Texans will remain without their WR2 and CB1 tomorrow I’m Baltimore.

Your Houston Texans will once again be without star wide receiver Will Fuller V and starting cornerback Bradley Roby per sources. Both players have stayed in H-Town instead of traveling with the team to Baltimore, according to ESPN’s Sarah Barshop.

WR Will Fuller (hamstring) and CB Bradley Roby (hamstring) will not travel with the team to Baltimore and have been ruled out for Sunday’s game against the Ravens.

Will Fuller V went out in Week 7 with a hamstring injury against the division rival Indianapolis Colts. So far, he’s contributed 450 yards and 3 touchdowns to the Texans offense.

With Fuller V out and Keke Coutee’s ability to properly contribute in question, Deshaun Watson will have to rely heavily on DeAndre Hopkins, Darren Fells and Kenny Stills in order to keep up with the Raven’s Lamar Jackson.

Bradley Roby went down in the Week 6 victory against Patrick Mahomes and the Kansas City Chiefs, also with an injured hamstring.

Hopefully Houston’s strength and conditioning department, including former linebacker Brian Cushing, can figure out how to stop all these hamstring injuries in time for the Texans to make a postseason run.

In the meantime, Houston will have to fight for a W without two of their key players.

Previously inured left tackle Laremy Tunsil and safety Tashaun Gipson are both expected to take the field on Sunday.