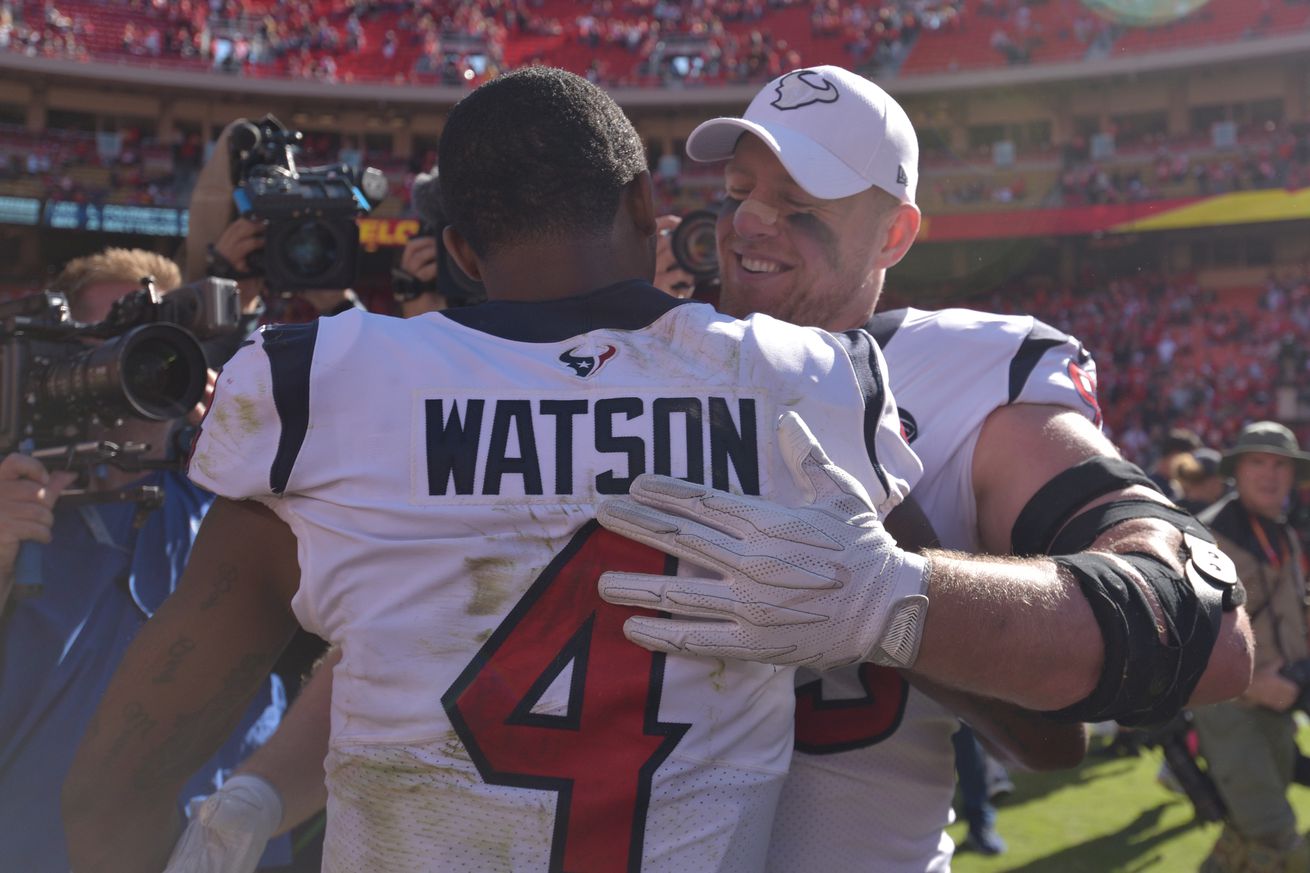 Let’s recap what happened this week. First the Texans has placed J.J. Watt on injured reserve. He tore his pectoral. Dammit, this sucks. I already miss him. After placing Watt on IR, the Texans re-signed an old friend that we hardly knew.

Briean-Boddy Calhoun. Ol’ Briean was still unsigned after the Texans cut him this summer. It was destiny. We’ve been waiting for him.

The Texans also cut Javier Edwards from the practice squad and added Anthony Chesley and Eddie Vanderdoes to it. Come on down.

In addition, there is some more news on injury front. Watt’s surgery went well. Thank you for asking. Deshaun Watson is fine to play even after taking a knife to the eye in the win over the Raiders. The Texans could get Laremy Tunsil and Johnathan Joseph back this week as well. Even though Tytus Howard is practicing, don’t expect him back. And it’s safe to assume Lonnie Johnson Jr., Tashaun Gipson, and Will Fuller won’t be available either; none of them even flew to London.

Texans could get Laremy Tunsil, Johnathan Joseph back Sunday https://t.co/YRLdGLHbGE

That’s it for the week. The Houston Texans play the Jacksonville Jaguars at 8:30 a.m.