The Houston Texans are turning to Johnathan Joseph to get the job done.

The Texans are having the club’s all-time leader in interceptions (17) to announce the team’s Round 2 pick in the 2022 NFL draft.

Joseph will take the podium in Las Vegas and announce the Texans’ third total pick in the draft. Joseph won’t have to wait long as the Texans go No. 37 overall — five picks into the second round.

When Joseph left the Texans during the 2020 offseason ahead of free agency and the start of the new league year, the club lauded the Pro Bowler for his service to the team from 2011-19.

“Johnathan has been a consummate professional, team captain and one of the leaders of our defense for the past nine years,” the statement read from March 11, 2020. “It is rare for a player to sustain such a high level of play for over a decade and that says so much about him and his dedication to the game. He is an exceptional teammate, mentor, husband and father. His impact on and off the field makes him quite possibly the most celebrated free agent signing in franchise history.

“The entire Houston Texans organization thanks Johnathan for the contributions he made to our team and the Houston community. We wish him and his family all the best as he pursues free agency.”

Joseph has kept close ties to the Texans since retiring at the end of the 2020 season, which he spent with seven games with the Tennessee Titans and four others with the Arizona Cardinals. Joseph was also present at the introductory press conference for new coach Lovie Smith.

7 Texans who should have played their entire careers in Houston 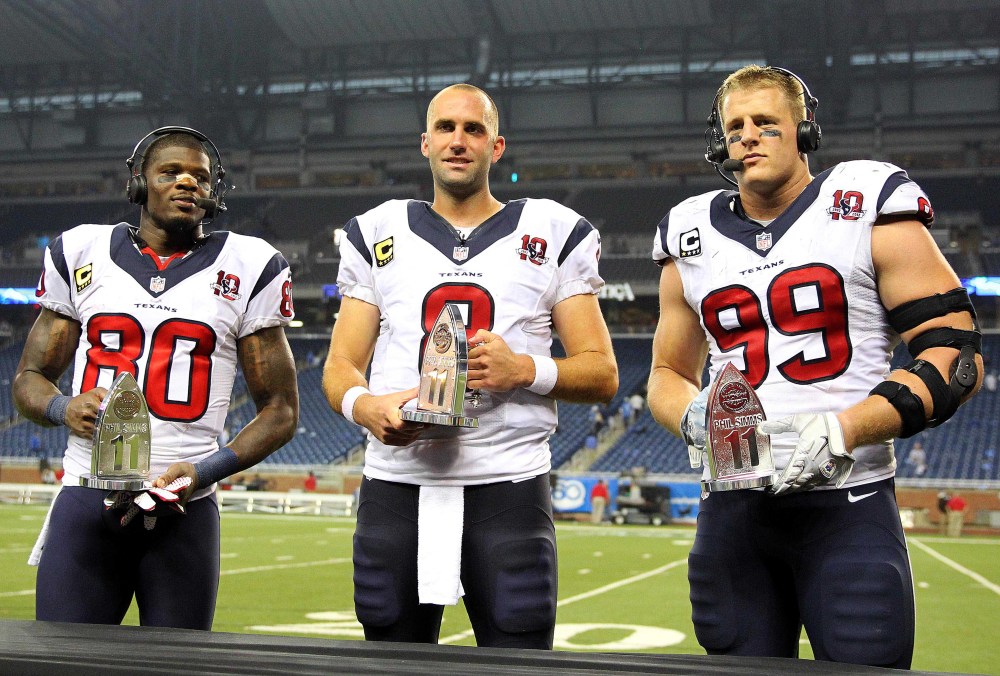