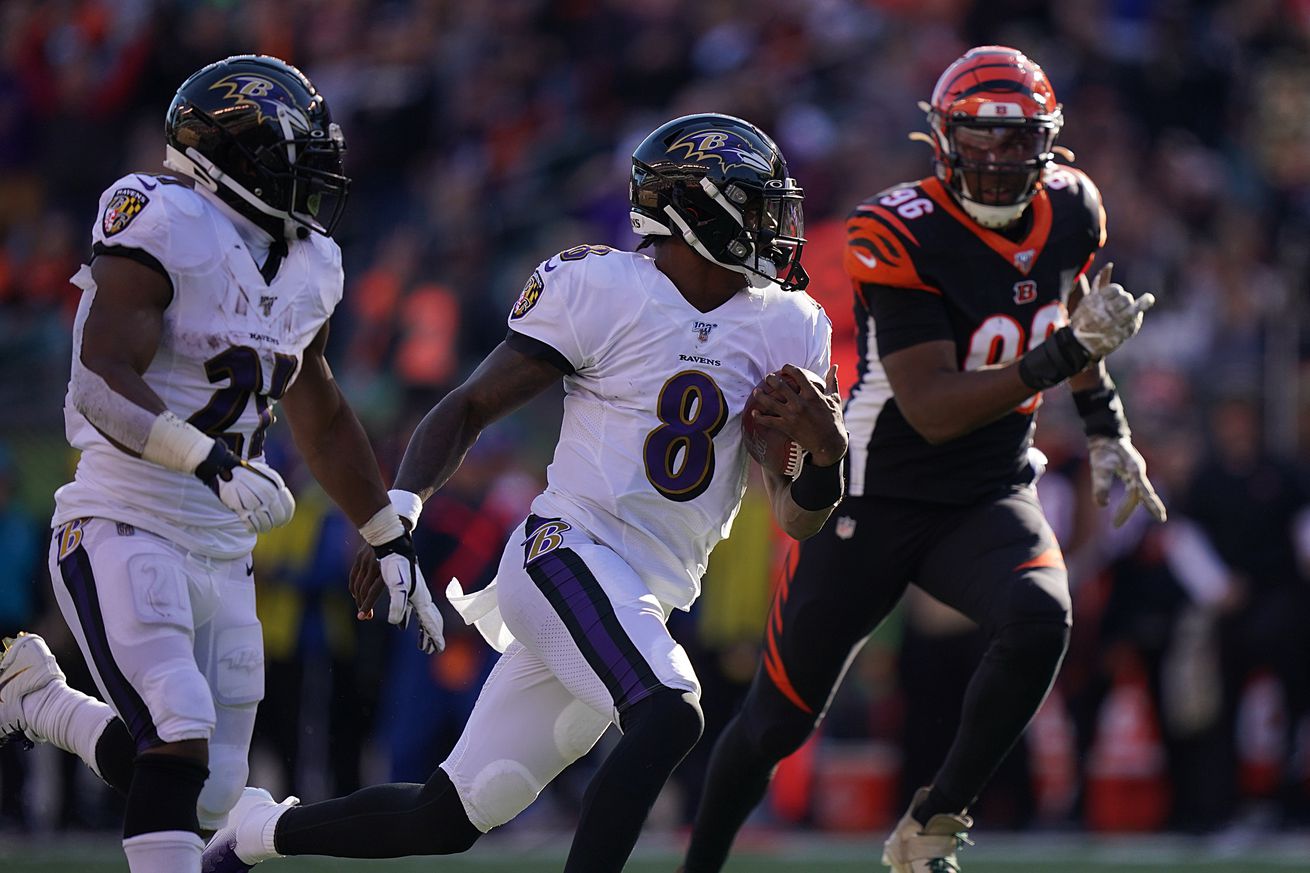 All the undefeated teams are gone.

Lamar! Lamar! Lamar! Every sports page you click on this week is leading with the Baltimore Ravens’ star QB for good reason. Lamar Jackson is doing things at the that we haven’t seen since Michael Vick. He’s the best running QB that has come into the League since Vick. He may be even better.

The Ravens haven’t been challenged much this season, and it’ll be up to teams to find a way to stop Jackson from running and force him to use his arm. He’s got all the tools to be a good passer, but the Ravens haven’t expanded their passing playbook much this season. They tend to stick to the tight ends and Hollywood Brown to move the ball through the air. Jackson has been pretty good through as a passer so far, but I’m interested to see what happens when Baltimore has to throw it more than 20 times in a game.

If they want to go far in the NFL Playofs, the Ravens may need to add some variety to their offense. However, it’s working for now, and as long as Jackson is making defenders look silly each week, they probably don’t need to worry too much.

Some people believe that the Titans were offsides on this last second field goal attempt. It really depends on how you look at it. It’s unquestioned that the Titans player got a great jump on the snap. This was a big win for the Titans. It keeps them in the playoff hunt and in striking distance to maybe steal the AFC South if they can get a few breaks.

The Steelers sending a first round pick to the Dolphins after they lost Big Ben for the season had fans scratching their heads. This is without a doubt the best trade that has been made all season, though. Fitzpatrick is playing like a Defensive Player of the Year. In his seven games in Pittsburgh, he has 5 interceptions, 1 forced fumble, 1 fumble recovery, and 34 tackles. His stats are great, but it’s his instincts that are showing up on the field each week. It’s almost like Troy Polamalu is back there playing for the black and gold again.

TIP-DRILL INT for the WIN