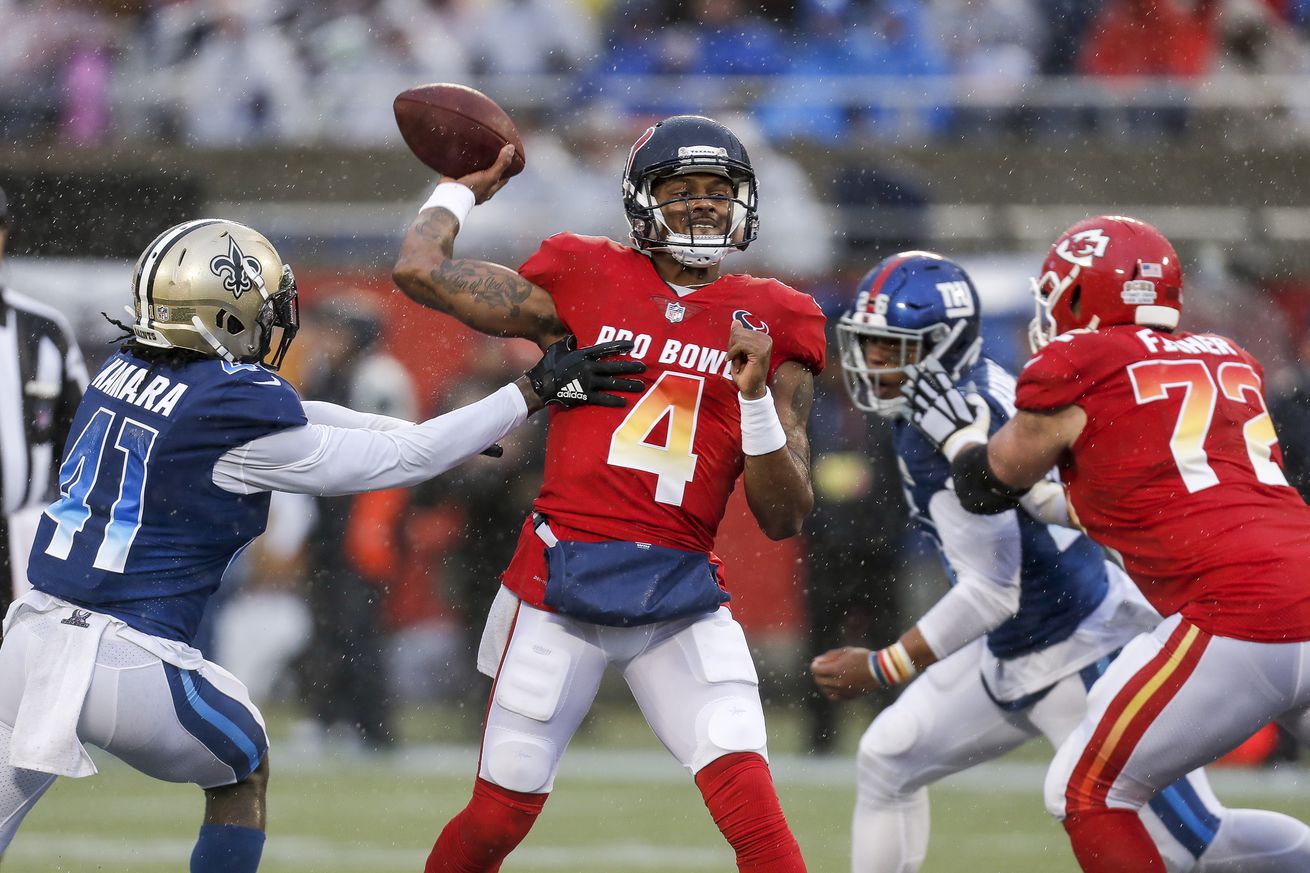 While your Houston Texans are on a much needed, and well-earned break this week, the NFL stats machine keeps rolling. Since there is no direct opponent this week, let’s take a look at how the Texans rank against the rest of the NFL.

Fun fact: #Texans‘ Deshaun Watson’s hurdle on Sunday was over the same player (Ronnie Harrison) he hurdled in the National Championship with #Clemson in 2017. It was also in the same end zone. pic.twitter.com/Q51rAK6zT8

There you have it folks, a barometer of where the numbers rank your Houston Texans. Current Power Rankings have them in 9th place league wide, which is good enough for Houston fans to claim “Best NFL Team in Texas” all day long.

Which stat surprises you the most? Which one do you think will have the biggest swing between now and the playoffs? Give us your quick hits in the comments section.