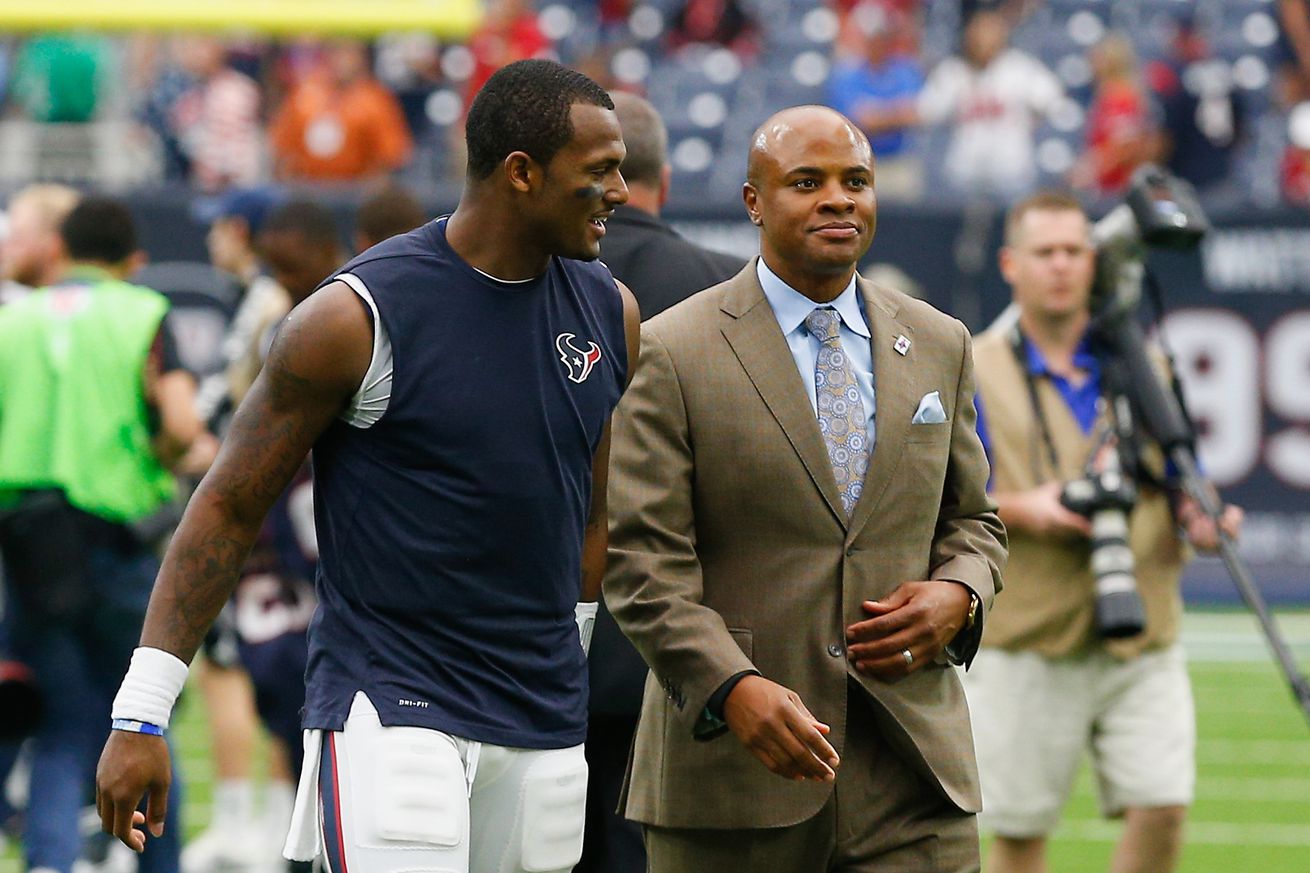 It hasn’t been very long since Houston Texans (former) General Manager Rick Smith took a leave of absence from the team to care for his ailing wife, who was suffering from cancer. Sadly, Mrs. Smith lost her battle with the disease and left this life on February 1st of this year.

Fast forward 9 months and it seems Rick is ready to roll again.

On the surface, it would seem that since Smith was a Texan (and by many people’s assertions a defacto member of the McNair family) and took a leave of absence from the team, Smith will simply resume his duties as the Houston Texans general manager.

Seems like a nice, tidy way to straighten up the Texans current GM mess.

But, hold on there.

According to Lacanfora, that assumption is dead wrong:

Smith would not be returning to the Texans in any capacity, but his affable personality and strong evaluating record should have him under consideration for several openings.

And, with Smith’s resume of hitting first round home runs and not much else, coming back to a team that recently traded away every first round draft pick they have for the rest of the millennium, odds are Smith wouldn’t have much to work with here.

Not to mention, the smoke of “Bill O’Brien and Rick Smith don’t get along” certainly came from a fire somewhere. A fire O’Brien is not likely to want rekindled.

For curiosity’s sake, wondering what the Texans would look like right now with Smith still at the helm is an interesting exercise.

Houston would have drafted a home run player in the first round this year, but probably not an offensive lineman.

Jadeveon Clowney would still be in Battle Red.

Laremy Tunsil wouldn’t be a Texan, as Rick would never have given up 2 first round picks for one player. Instead, Smith might have landed some of the choice free agents from last off-season instead… but who knows…

In fact, Smith’s strength in pulling off solid trades might have helped a lot in the trade frenzy this past off-season. He is the guy who got another team to pay for Brock Osweiler, after all (but don’t forget he’s also the guy who ok’ed paying Osweiler a king’s ransom to get laser-pointered in the eye while throwing fumbles).

Smith’s the guy who routinely got something for players about to get dumped onto the waiver wire. He’s the guy who would have fleeced a team for their former #1 draft pick by sending them 2 second string defenders and a 3rd round pick next season. (Maybe Seattle has an opening?)

But, the past is the past.

With several teams in desperate need of new direction, Rick Smith should certainly find a job quickly, even if it’s at a lower level role with the Denver Broncos, where he maintains a healthy relationship with John Elway.

Either way, it’s been long enough to evaluate life without Smith in Houston. What do you think? Wish he’d never left? Glad he’s gone? Hope he returns? Let’s put on our speculation hats and imagine what this team would look like had Smith never left and drop your take in the comments box.