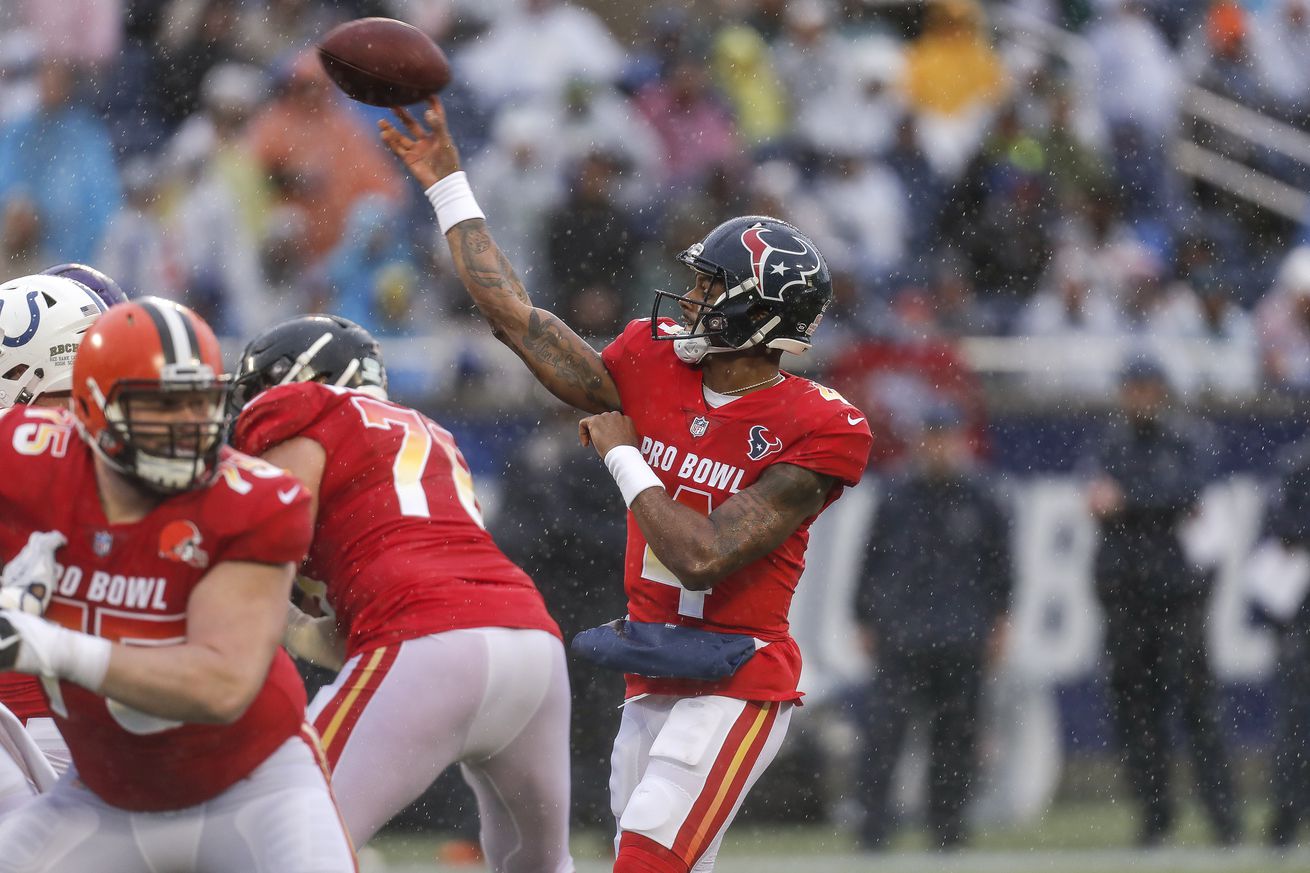 The first time your Texans faced the Patriots on November 23, 2003, Tom Brady threw a game-tying touchdown with 40 seconds left in regulation. Former Patriots-turned-Colts kicker Adam Vinatieri booted the game-winning 28-yard field goal in overtime to give New England a 23-20 victory over Houston. Since that game, the Patriots are 8-1 against the Texans. Some more facts:

It’s pretty clear the Patriots are once again getting it done. The Texans will have their hands full on Sunday night, but if the defense can at least hold their own while the offense gets hot, this could be the game that Deshaun Watson shows the world he’s the phenom we all know him to be.

Which stats are you keying in on here? Which concern you the most? Who do you think will have a statistical breakout game Sunday night? Give us your thoughts in the comments section.