The Texans claimed former Bucs’ cornerback Vernon Hargreaves on waivers, as Adam Schefter of ESPN.com tweets. Hargreaves was released on Tuesday, which made him subject to the waiver wire, per the league’s rules for players who are cut after the trade deadline. 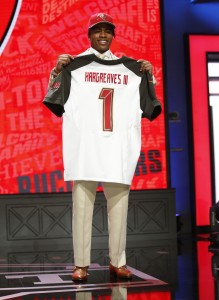 The former first round pick did not meet expectations in Tampa, but he profiles as a low-risk, high-reward type for Houston. Hargreaves was the No. 11 overall pick in 2016 for a reason and there could be some good football still left in the tank for the Florida product.

Before the release, Hargreaves was set to play out his rookie deal and 2020 fifth-year option. But, because that $9.9MM option was guaranteed for injury only, the Bucs were easily able to move on. New head coach Bruce Arians sat Hargreaves on the first day of OTAs because he was “not mentally ready to practice.” Apparently, the two were not able to get on the same page between the summer and the fall.

The Bucs sure could have used a healthy and productive Hargreaves on the roster, given that they have the worst pass defense in the NFL. With that in mind, the decision is rather telling of the team’s view of him.

The Texans, meanwhile, also have ample need at the position, but with more confidence in Hargreaves than Arians & Co. did. Even after acquiring cornerback Gareon Conley from the Raiders, there’s still plenty of work to be had for the 24-year-old in Houston.

Hargreaves will be eligible to make his Texans debut on Sunday against the Ravens.