The Houston Texans picked Dameon Pierce in the fourth round of the 2022 NFL draft to jumpstart their rushing attack.

The former Florida Gator provided 5.7 yards per carry and 13 rushing touchdowns in his final season with the SEC East program. Houston could benefit from a hard-nosed rusher with a penchant for capping off drives in the end zone. The Texans were the worst team in the NFL last season with 3.4 yards per carry and 83.6 rushing yards per game. A little youth might be able to help the Texans return to average.

According to Chris Trapasso from CBS Sports, Pierce is No. 4 on his list of rookie running backs expected to contribute this season.

And Pierce is one of the most unique backs I’ve scouted, at 5-10 and 218 pounds with lightning quick feet paired with an old-school power back approach to dealing with contact. He forced a missed tackle on 39% of his runs in 2022, the third-highest figure in the class, much higher than the likes of Ken Walker and Breece Hall. If the Texans offensive line was better, he’d be higher on this list. Pierce won’t hit many long-gainers, but he’ll make the most of what’s blocked for him often.

Part of why Pierce is an attractive candidate is because of the running backs ahead of him: Rex Burkhead and Marlon Mack. Burkhead has less sand atop his hourglass than at the bottom, and Mack is still working back from his Achilles tear from Week 1, 2020 with the Indianapolis Colts. If the run game is still looking very 2021-ish at the start of November, Pierce could take over as the feature back in offensive coordinator Pep Hamilton’s run-focused scheme.

The top pick on the list was former Iowa State running back Breece Hall. The New York Jets nabbed Hall with the No. 36 overall pick in Round 2, just a selection ahead of the Texans, who used that Round 2 pick to shore up the secondary with former Stafford High School product Jalen Pitre. 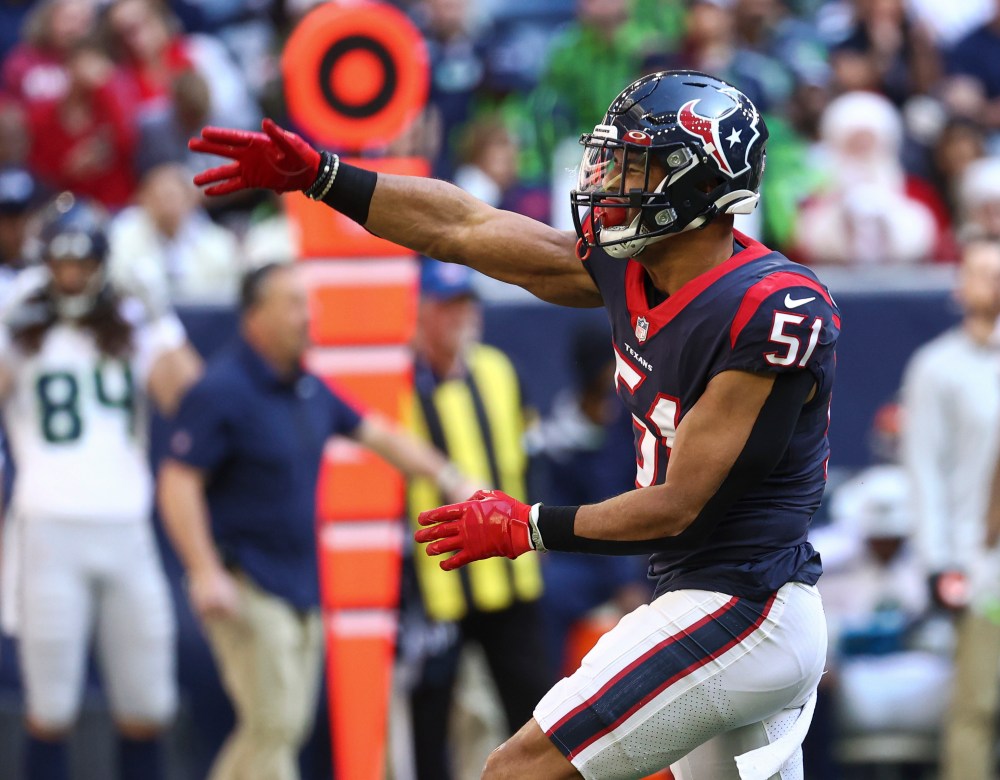