The Houston Texans made a puzzling selection with their 147th overall pick in Round 5 of the 2021 NFL draft Saturday.

The Texans, who already have five tight ends on the roster, drafted Miami’s Brevin Jordan, creating a surplus at the position. The move was odd given that Houston has other talent deficiencies and the resource could have better used elsewhere.

However, general manager Nick Caserio says that the drafting of Jordan was about adding a good football player, not so much about shoring up the tight end position.

“You can’t just look at it from a sheer numbers standpoint sometimes,” Caserio told reporters on May 1 at the end of the draft. “I think we all kind of get caught up in that, well, you have X number here.”

Caserio, who was the director of player personnel for the New England Patriots, compares the situation to those with the AFC East club where they would similarly have many players at a position, but drafted that position nevertheless.

Said Caserio: “We talked about this pre-draft, there’s multiple examples of in New England when we drafted players who it might look like on the surface like you had a lot of players at that spot, but in reality it’s just trying to add good football players to your team and then let the competition sort itself out, and as we’ve seen, as we know, there’s constant movement with rosters and with players, and depending on their contractual situation, what that looks like.”

Jordan caught 38 passes for 576 yards and seven touchdowns in his eight games with the Hurricanes. 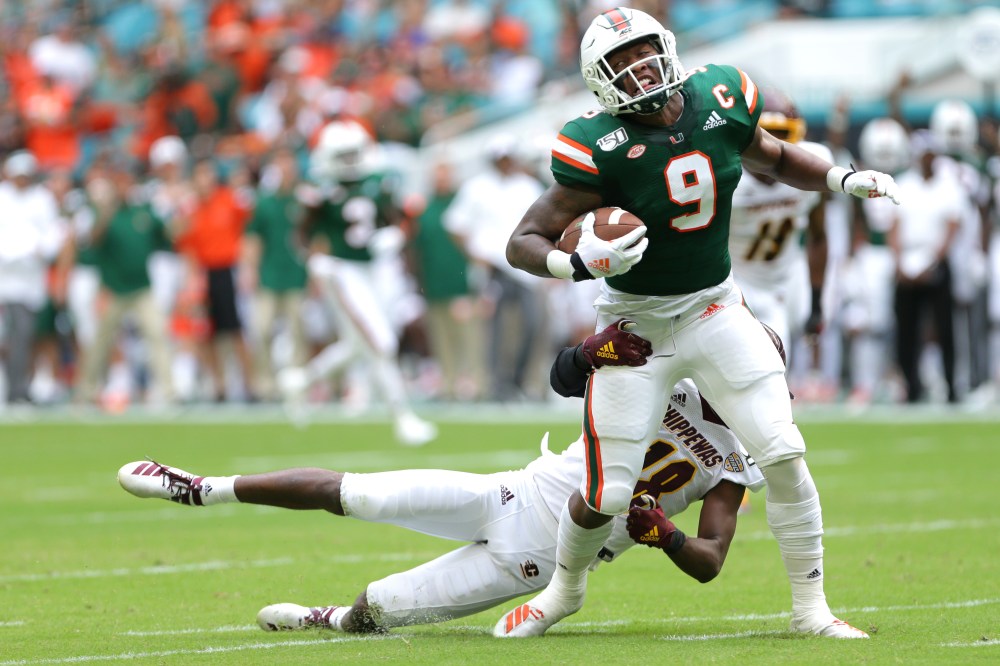