The Texans shore up their pass rush with their first pick of the draft at No. 3 overall by selecting Georgia defensive end Travon Walker.

I don’t think anyone outside the organization really knows what the Texans will do in Round 1. For this mock, I’m trying to think long-term with Houston, which just has to add some talent. Walker is a bit of risk in the top 10; NFL teams are betting that his physical tools will win out over his subpar college production (9.5 sacks in three seasons). Coaches want to try to maximize that upside. There is a lot of buzz on Walker going early.

Why the Texans presumably went with Walker is because Cincinnati cornerback Ahmad Gardner went the pick before to the Detroit Lions. With the Texans unable to get a player that coach Lovie Smith identified, Houston decides to address the edge defense.

At No. 13 overall, the Texans add another dominant tackle in Mississippi State’s Charles Cross. It is a good problem to have for new offensive line coach George Warhop as the Texans now have Laremy Tunsil, Tytus Howard, and Cross on the roster.

I’m going to stick to my board here, and since my top-11 prospects have all been picked (plus Malik Willis), I’ll move on to No. 12. Cross is a superb pass-blocker who needs some refinement in the run game — because he just didn’t get the reps to do so while playing for Mike Leach. Ultimately, if the Texans are going to give Davis Mills the 2022 season to prove he’s their guy at quarterback, Mills needs a better right tackle. That could be Cross.

After allowing Notre Dame safety Kyle Hamilton to go to Washington at No. 11, the Texans still address safety with Penn State’s Jaquan Brisker at No. 37 overall in Round 2.

Brisker is a physical defensive back with versatility. He played down in the box at times for the Nittany Lions, blowing up running lanes. The Texans let Justin Reid leave in free agency, and they have multiple holes in the secondary.

The Texans don’t get that physical cornerback Smith wants, but they do add talent to the edge and on the backend. Cross also gives the coaches interesting decisions to make along the offensive line throughout the offseason workouts. 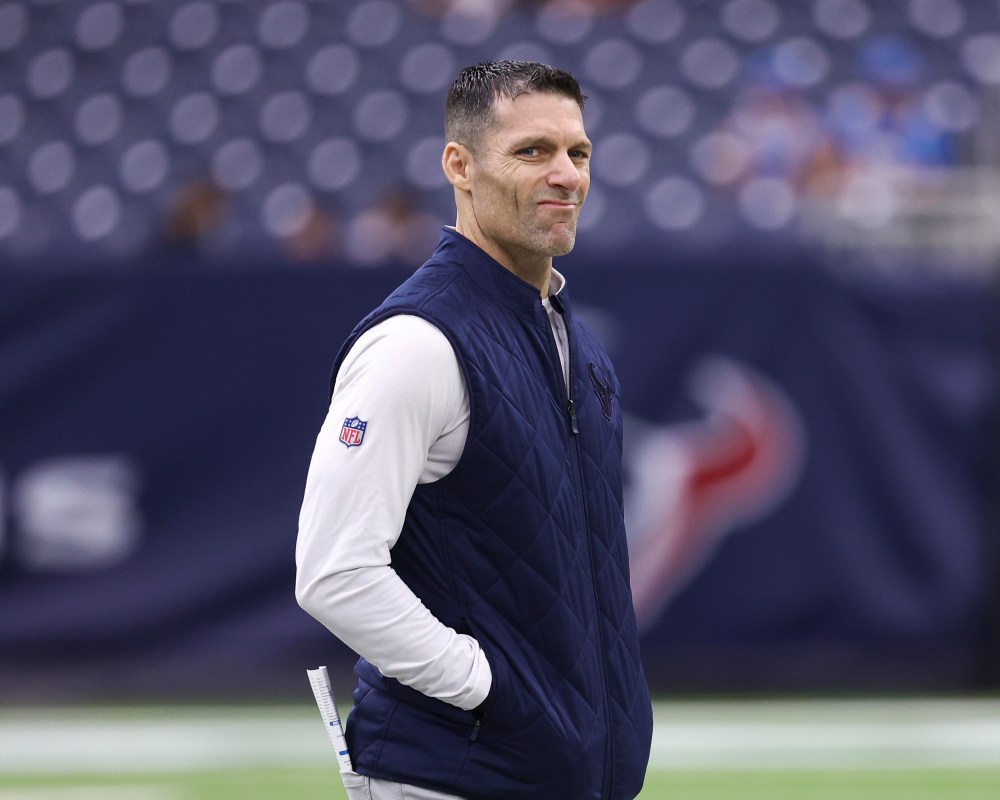