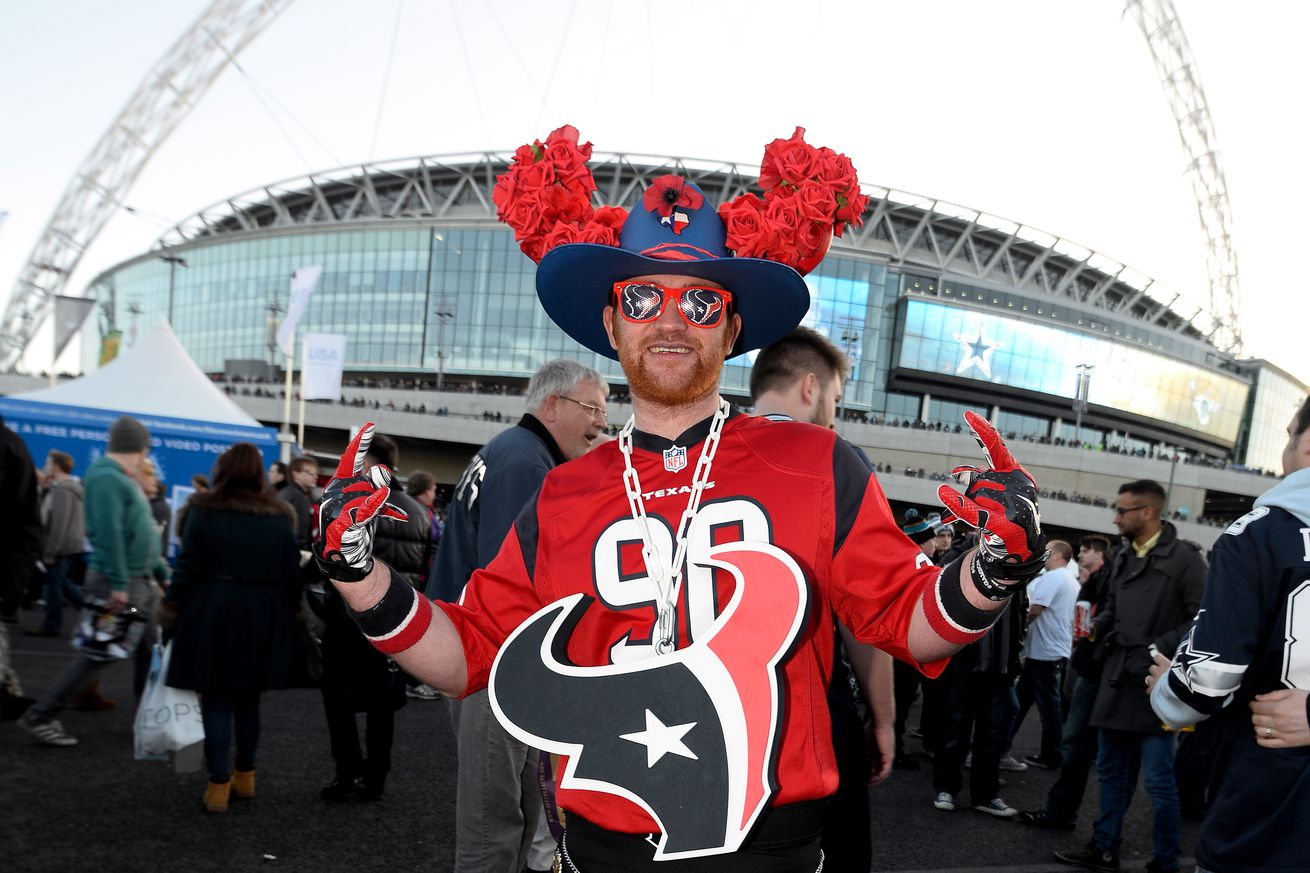 The Texans play a Sunday morning game in London this week. And Daylight Savings Time ends on Saturday night. Adjust those calendars, friends.

***Buy tickets to Sunday’s game in London between the Jaguars and Texans from Stubhub here.***

To say the Texans game this weekend against the Jaguars is a wee bit different is an understatement. First, they’re playing it at Wembley Stadium in London. This means it’ll be broadcast on Sunday morning as opposed to the usual Sunday afternoon airing. To further complicate matters, Daylight Savings Time ends at 2 a.m. on Sunday, so make sure to set your clocks back before you go to bed on Saturday night to ensure you enjoy an extra hour of sleep (theoretically, as we all know young kids don’t observe the time change) and aren’t sitting in front of your television at 7:30 a.m., thinking it’s 8:30 a.m. and frantically searching for a game that won’t begin for another hour.

With that out of the way, here’s what you need to know to catch Sunday morning’s tilt across the pond.

NFL Network Replay: To be determined.

In terms of what we’ll be doing on game day itself, things’ll be a little different in light of the early morning kickoff. Expect “Countdown To Kickoff” to post the night before, at 10 p.m. CDT on Saturday evening, with the first open thread for the game posting promptly at 8:15 a.m. CST on Sunday. We’ll add live open threads each quarter after that, and then we’ll have a post-game reaction thread as soon as the game’s over.