If the analytics and models are to be believed, then get ready for another four-win campaign from the Houston Texans in 2022.

According to Cynthia Frelund from NFL.com, the Texans are projected to win 4.3 games, which is 0.2 points below what some people are expecting in 2022.

What led to the Texans’ four-win seasons the past two years were manifold. In 2020, Houston had exemplary quarterback play as their 16-game starter won the NFL passing title. However, the Texans were atrocious against the pass and the run — and they had trouble running the ball themselves. If not for the quarterback’s ability to keep Houston in close games, they wouldn’t have had a shot. Houston lost eight games that season by eight or fewer points.

In 2021, the Texans had no play at all. Davis Mills was thrust into action after Tyrod Taylor strained his hamstring in Week 2. The Texans couldn’t run the ball. They couldn’t stop the run. Their saving grace were their takeaways under then-defensive coordinator Lovie Smith, but the offense couldn’t capitalize on the extra possessions. If not for the Texans winning two of their last five games — all of which Mills started — Houston may have fared worse.

The Texans have never had three consecutive seasons with double-digit losses. While Houston may not be in the conversation for even the seventh and final seed in the AFC playoffs for 2022, an improvement in the win column would be proof the Nick Caserio way is working inside NRG Stadium. A third season with just four wins to show would generate immense doubt that Caserio is the general manager to pull off the rebuild. 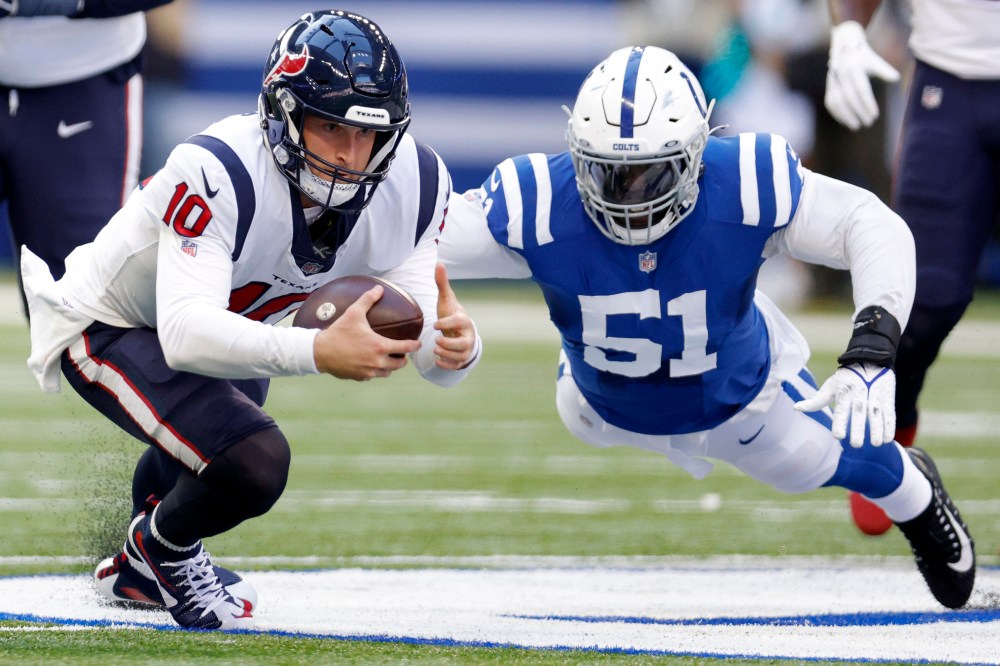