Davis Mills is getting noticed.

According to Jeff Kerr from CBS Sports, Mills is listed as the only quarterback on his list of possible under the radar players in the AFC.

Even though the Texans offense leaves much to be desired, a better offensive line and a year under his belt could set up the quarterback for an even better second season. Whether Mills is a franchise quarterback is to be determined, but the Texans were a significantly better team with him on the field.

The Texans are giving Mills a fair shot to seize the quarterback job for the long-term. Houston drafted receiver John Metchie in Round 2 and provided an intriguing running back in fourth-rounder Dameon Pierce. Throw in the signing of guard A.J. Cann in free agency and the first-round pick of Texas A&M guard Kenyon Green, and Mills may actually have time to go through his progressions.

Said Mack: “Great professional, great guy; quick. He’s learning fast. Go get it, got to be there, got to be on your game with him and go out there and help each other.”

If Mills lives up to the underrated hype, then the Texans should have their quarterback situation figured out at least through the end of his rookie contract in 2024. 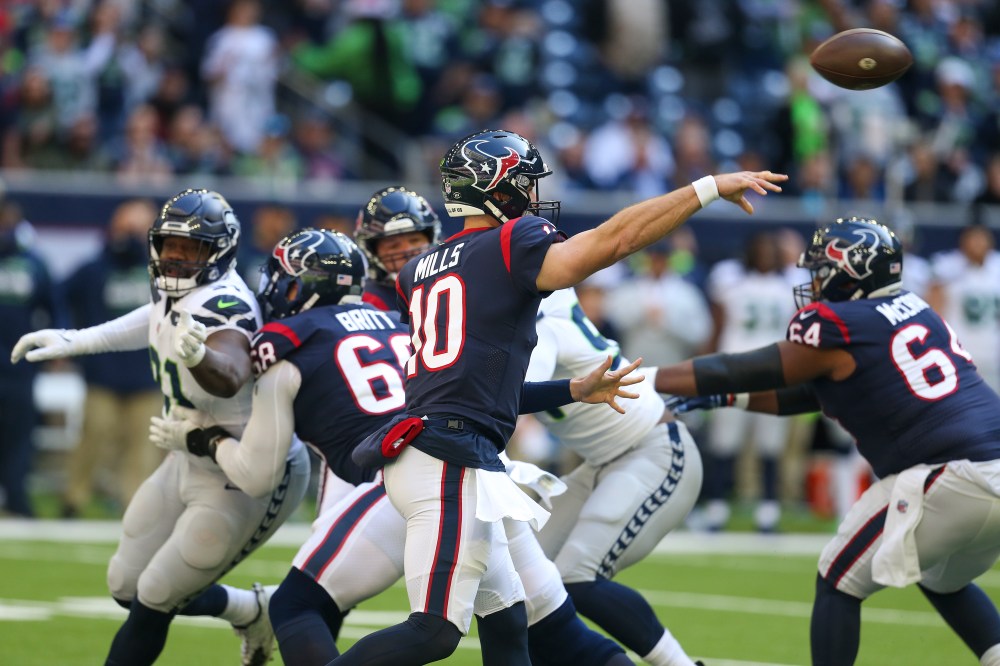