Houston Texans quarterback Davis Mills will be glad to get home.

The Texans host the Los Angeles Chargers Sunday at 12:00 p.m. Central Time at NRG Stadium for a Week 4 showdown. The Texans incidentally are on a two-game losing streak that coincides with their two-game road trip that included stops at Denver and Chicago.

“The biggest thing is that you’re you comfortable at home,” Mills told reporters Wednesday. “You’ve played here before. Don’t have to deal with the crowd noise on offense and that’s a big thing on the away games, just being able to communicate pre-snap and handle everything. You’re not surprised as much.”

The numbers speak for themselves as Mills has a 66.5 passer rating on the road in 2022 compared to a 98.9 rating inside NRG Stadium. Although the sample size is small, it may be worth considering given Mills admits to the challenges of playing on the road versus home.

“I don’t think really the philosophy changes,” said Mills. “Obviously we still have to protect the football. I didn’t know that stat was so lopsided, home and away, interception rate. My job stays the same, just got to execute at a high level regardless.”

The last time the Texans won a game was Week 16 last year against the Chargers at home. Mills was the starter and went 21-of-27 for 254 yards, two touchdowns, and took just one sack. 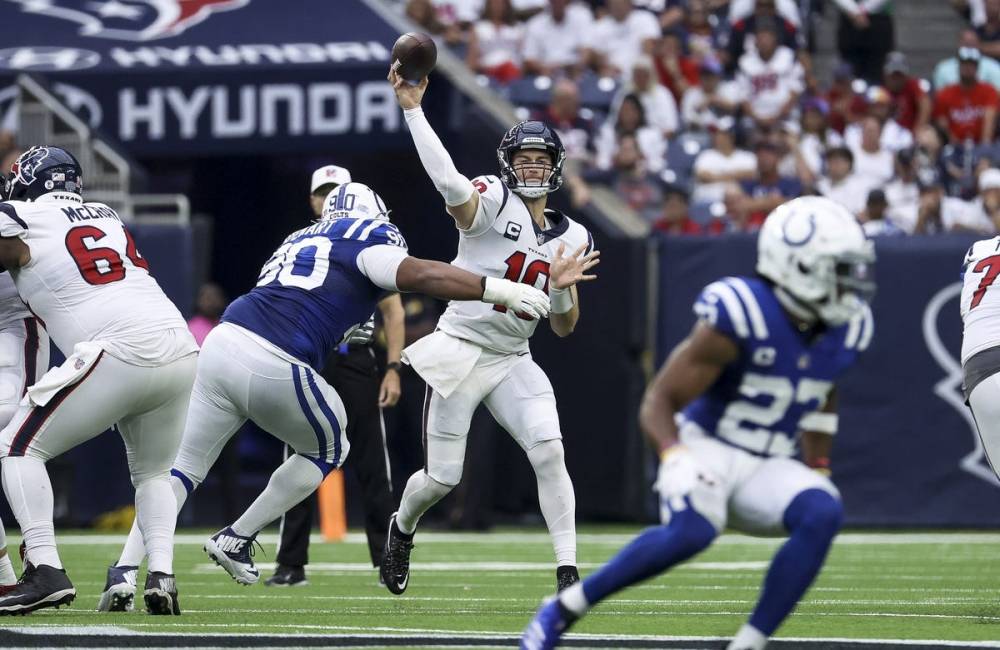