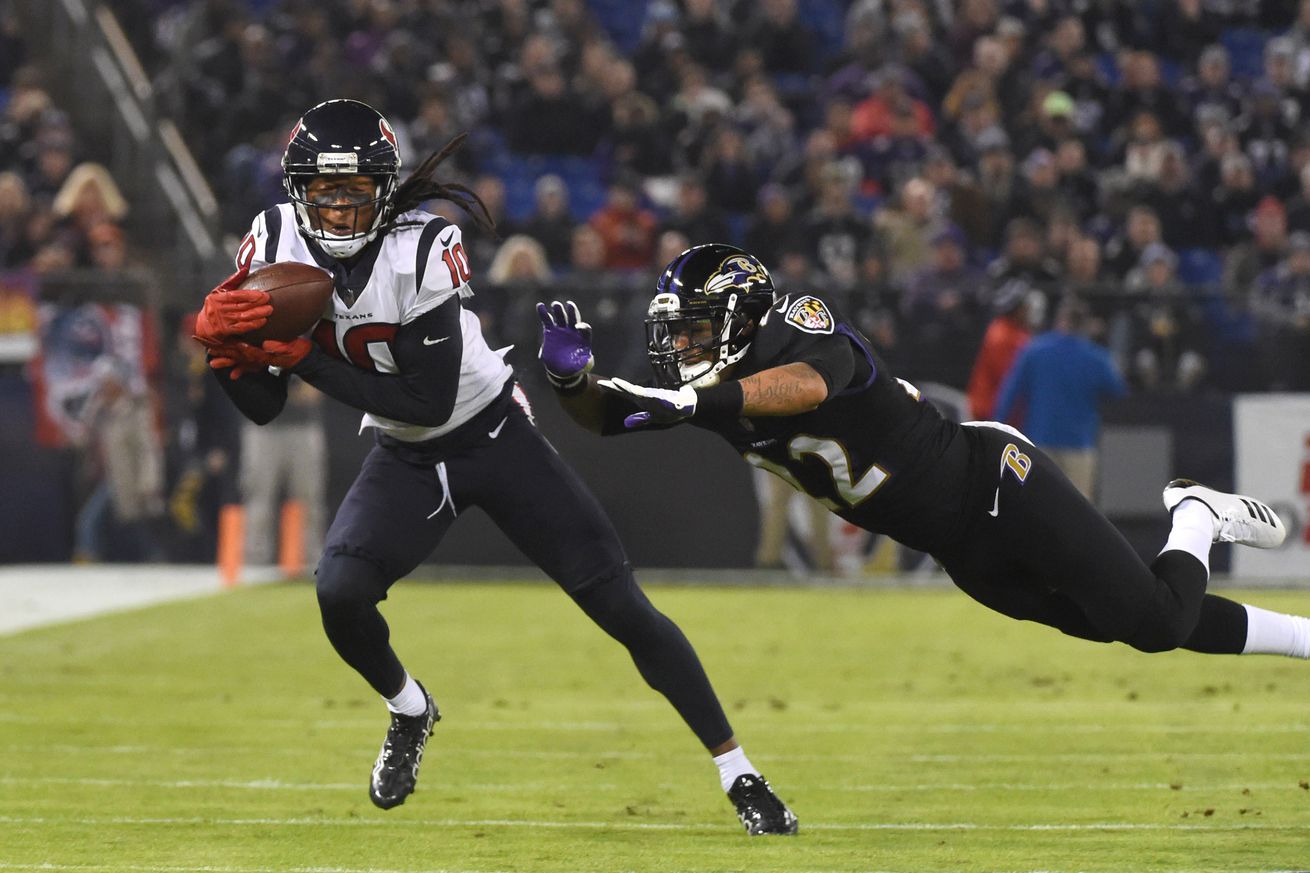 The Texans return to action with a gigantic game against the Ravens in Baltimore on Sunday.

I’m glad the Texans are coming off a brief respite, as they are about to embark upon a hazardous and possibly defining three-game stretch of their 2019 season. Things begin with a Sunday afternoon tilt in Baltimore against the white-hot Ravens. Deshaun Watson versus Lamar Jackson is precisely the kind of match-up that begs for a flex to Sunday Night Football, but the Texans’ contest against the Colts on Thursday Night Football just four days later likely played a role in the NFL deciding not to move this game to prime-time.

Although it won’t be under the lights of SNF, two of the league’s young star signal-callers will be on display this weekend in a pivotal tilt for a potential inside path to a first round bye in the AFC Playoffs. Here’s how to catch it:

NFL Network Replay: To be determined.