The NFL schedule release is May 12, and finally the Houston Texans will know the dates and times of their 17 games in the club’s 21st season of play.

According to Nick Shook from NFL.com, the Browns versus Texans tilt at NRG Stadium ranks as the ninth-most anticipated game of the 2022 slate. All of the anticipation has to do with former Texans quarterback Deshaun Watson returning to Houston with his new squad.

This matchup depends entirely on the status of Deshaun Watson, who still faces 22 civil lawsuits and potential discipline under the league’s personal-conduct policy. But if Watson is available to play, it’s pretty easy to see why this game lands on this list. Watson didn’t take a snap for Houston in 2021 before he agreed to be traded to Cleveland, and if he’s at the controls of his new team in his old home of NRG Stadium, well, the entire scene will be one to watch.

If Watson is suspended — or even injured as the former 2017 first-round pick has not played football since Week 17 2020 and has a history of knee injuries — then the matchup becomes a showdown of two moribund teams trying to limp back towards being relevant in the AFC.

If Watson is able to play, the game would have plenty of revenge and retribution storylines that would dominate the week.

Houston’s only prime time game last season was in Week 3 when they hosted the Carolina Panthers on Thursday Night Football at NRG Stadium. The Panthers prevailed 24-9 in rookie Davis Mills’ first career start. 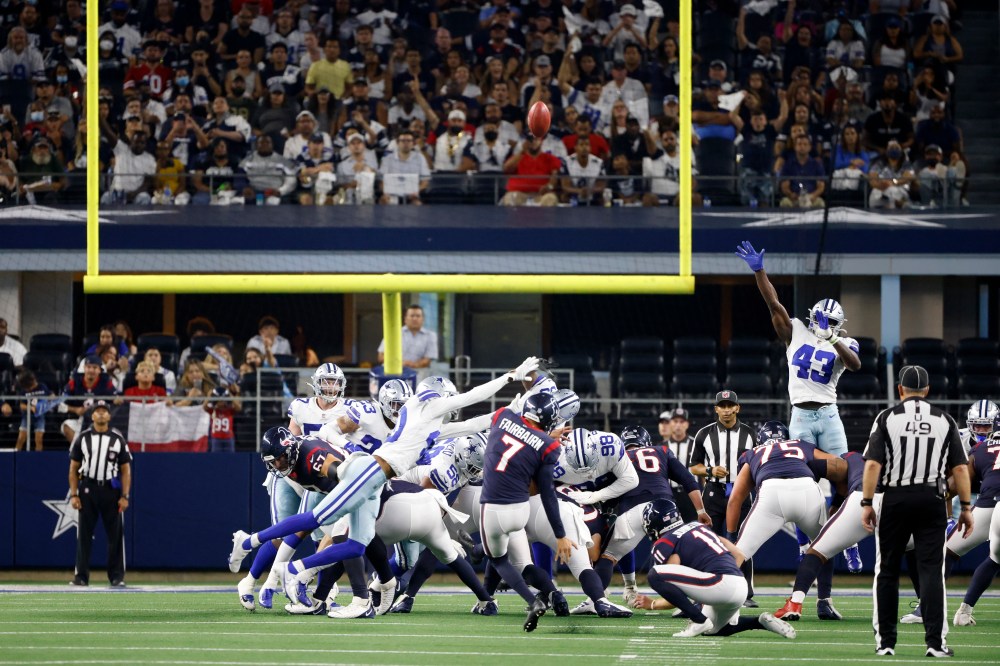