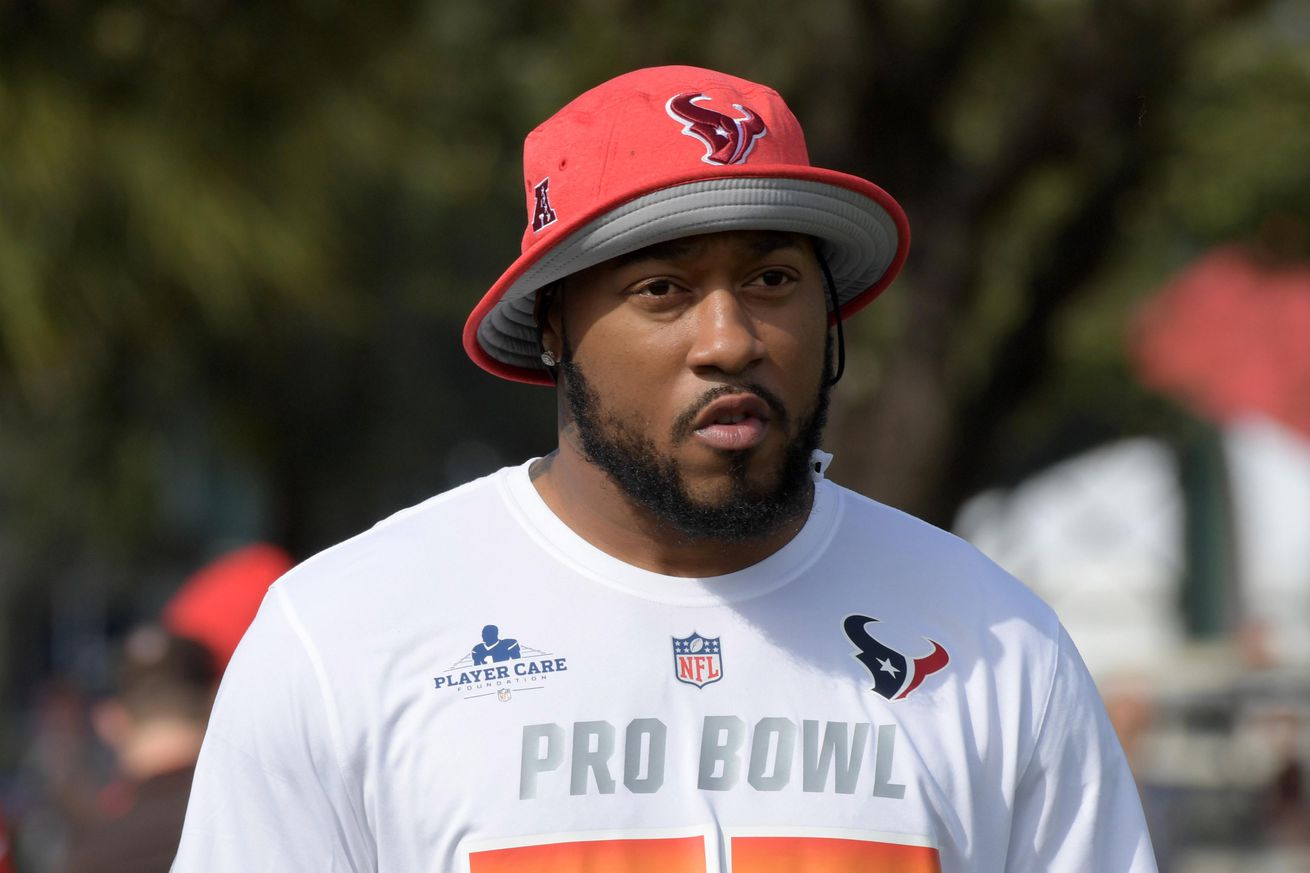 Do your part to ensure the one true team is represented.

The NFL hallways are filled with poster boards clamoring for votes. Pro Bowl voting has opened now that the 2019 NFL season is slightly more than halfway over.

The voting is pure democracy. There are no caucuses, nominations, or whittling down. Every player is available to vote for, so you can put that battle red kool-aid mustache to use. If you want to be more critical in your thinking Benardrick McKinney, Laremy Tunsil, Zach Cunningham, Justin Reid, D.J. Reader, DeAndre Hopkins, and Deshaun Watson are most deserving of your vote.

Your vote is very important. It will account for a third of the total, along with the players and coaches.

If you’re one of those people who loves to announce who you vote for, you can use the following method in two weeks:

During the final two weeks of 2020 Pro Bowl voting – November 28-December 12 – fans will also be able to vote directly on Twitter. To cast such a vote, fans should tweet the first and last name of the player, the player’s official Twitter handle, or a hashtag including the player’s first and last name. All three of these methods must include the hashtag: #ProBowlVote. Voting via Twitter is in addition to the online ballot at NFL.com/ProBowlVote, which will be available throughout the entire voting period.

Aside from civic duty, fans are eligible to enter to win prizes after voting. These include gifts like pairs of NFL tickets, a Matthew Stafford signed football, or even a Sam Darnold signed football! Wow! Crazy, right?

The selections will be announced LIVE Tuesday, December 17th. The game will be AFC v. NFC and will take place Sunday, January 26th 2020 at Camping World Stadium in Orlando, Florida.