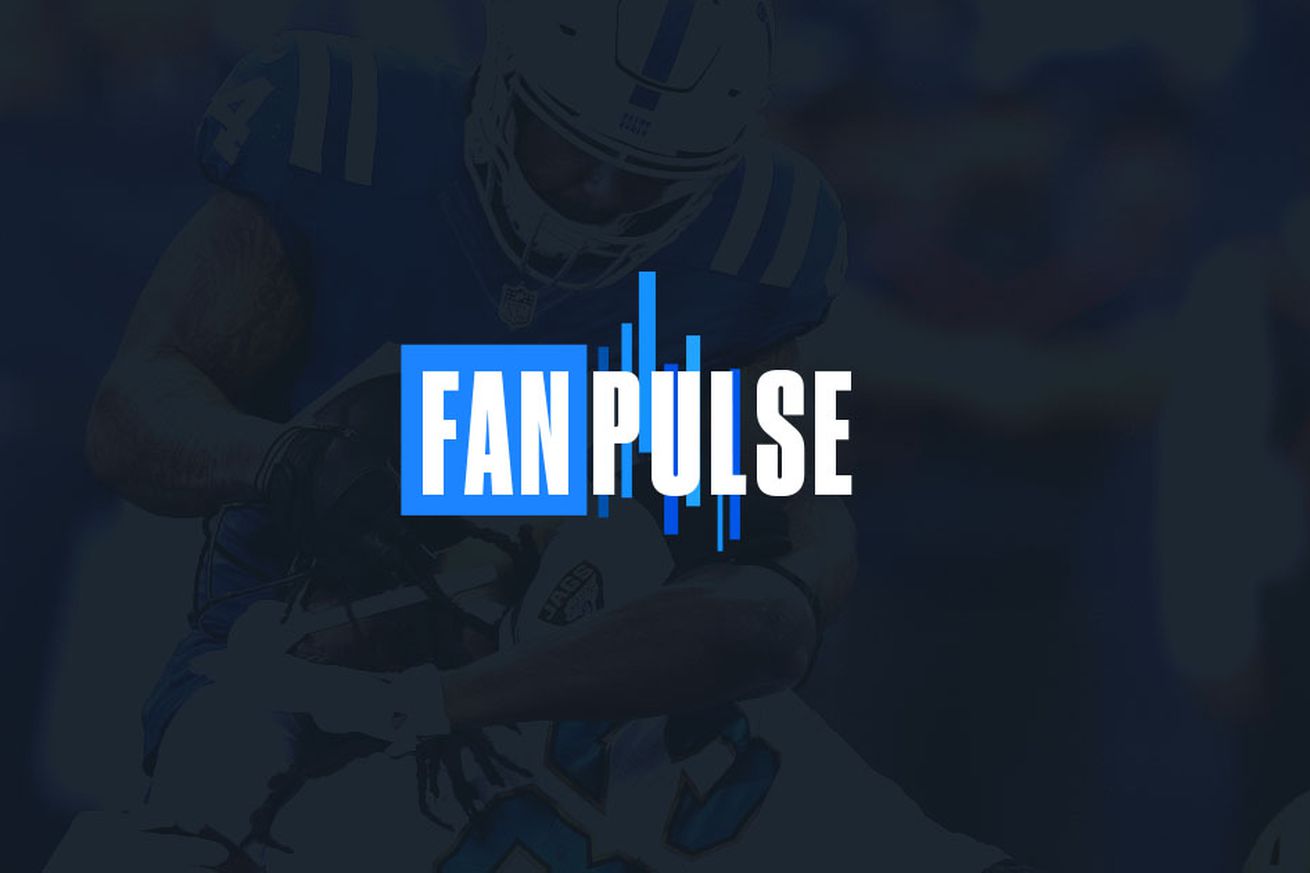 I can think of one major reason why.

Welcome to SB Nation FanPulse, a survey of fans across the NFL, powered by SurveyMonkey. Each week, we send 32 polls to 100+ plugged in fans from each team. Texans fans, sign up HERE to join FanPulse.

Even though your Houston Texans didn’t play anyone during Week Ten, the confidence of Texans fans surveyed rose. Why?

My guess? Because the Colts lost to the Dolphins, putting the Texans firmly in control of the AFC South as they head to Baltimore to begin a grueling three-game stretch that also includes the Colts on Thursday Night Football and the Patriots on Sunday Night Football.

Can you think of any other reason why a lack of action on the field led to an increase of confidence about the direction of the team this week?