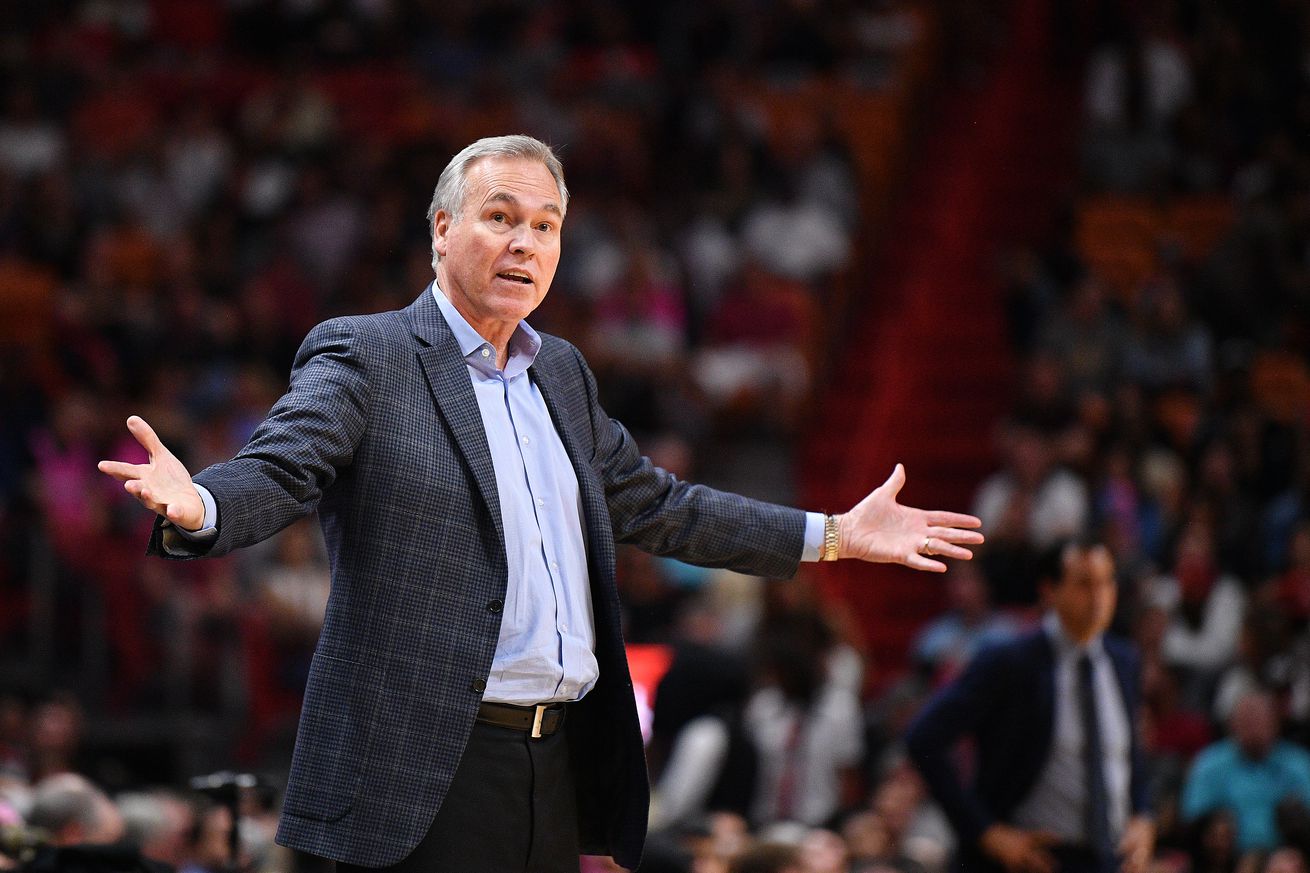 Mike D’Antoni had some choice words after Wednesday’s game.

Following Wednesday night’s win over the depleted Golden State Warriors, Mike D’Antoni spoke to the press regarding the team’s conditioning and how he is not a fan of where the team is at eight games into the season.

“I’m also kind of responsible. I was saving their legs in the preseason so that near the end of the yr we’ll be fresher. I can’t also be crazy because they’re not quite in shape. We’re working on it.”

In the preseason, the Rockets traveled to Hawaii and Japan, which can be both a blessing and a curse.

The extensive travel in the preseason has often contributed to poor starts from the Rockets in the past, but the benefit of long preseason road trips comes with an improvement in the team’s chemistry, something the Rockets needed when Russell Westbrook was swapped out for Chris Paul in July.

Chemistry has not been an issue for the Rockets yet despite three rough losses in their first eight games.

It appears the chemistry is on the rise, but conditioning is not.

Eric Gordon is day-to-day with an injury and as of Tuesday was statistically the worst player in the NBA according to TPA, or total points added.

Through games on Nov. 5, here’s how all #NBA players have fared in TPA during the 2019-20 season. pic.twitter.com/kDTlWEbbmy

Clint Capela is also nursing a sore shoulder, which could linger on as the season goes.

Coach D’Antoni believes that saving the legs in the preseason would lead to better results in the regular season, but the fact of the matter is, the Rockets are one of the league’s oldest teams and might need to adopt an unorthodox method to help them achieve new heights. Yes, I’m talking about load management.

In the past, MDA has fallen on the ‘against’ side of the load management debate and has often tried to push to win every game.

Throughout his coaching career in Phoenix and Houston, injuries have been the Achilles’ heel of D’Antoni’s teams.

In Phoenix, Joe Johnson’s injury in the 2005 Playoffs cost the Suns a possible championship. In 2007, Steve Nash broke his nose in a historic playoff run.

And in 2019, load management king Kawhi Leonard had an unbelievable playoff run that saw the Toronto Raptors capture their first NBA championship.

We saw the Rockets manage Russell Westbrook’s load Monday in Memphis as he sat the second half of a back to back, which was a wise decision and the Rockets still won the game.

But perhaps we need to see more of that if the Rockets want to take the next step and make it all the way. While it might hurt the team’s micro-goals, it will help the team’s macro-goals.

If the goal is to win every game, then play your best guys and ruin the conditioning of the team.

If the goal is to win the championship, then sacrifice putting your best foot forward now so that you can do so when it matters most.