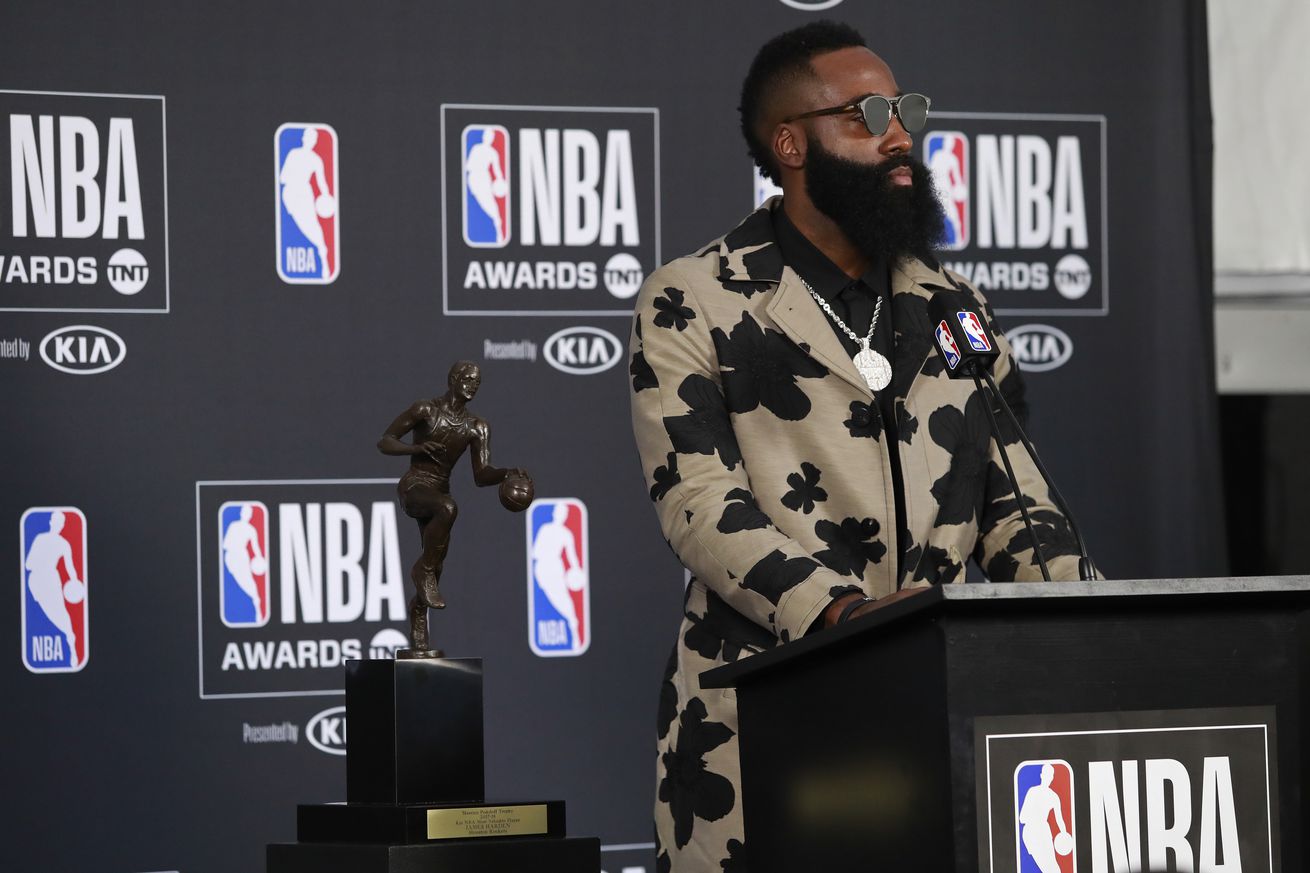 Photo by Will Navarro/NBAE via Getty Images

Although it is still early, the NBA looks like it is headed towards another two-headed MVP race that features James Harden and Giannis Antetokounmpo.

Before the start of the 2019-20 season, the summer acquisition of Russell Westbrook left James Harden excluded from nearly all MVP predictions. There was a strong belief that Harden’s MVP candidacy would take a dip playing alongside another top-10 player in Westbrook.

However, the two All-Star guards have led the Houston Rockets to the third-best record in the West (11-4), and Harden’s case for MVP remains stronger than ever.

With a month of basketball already in the books, he currently has the best chance of winning the 2019-2020 Regular Season Most Valuable Player award at +175 (7-4) — according to the NBA Betting Odds of BetOnline.

Through the first 15 games, he has reached a level only Wilt Chamberlain can relate — averaging 38.4 points per game. If Harden can continue scoring at this high rate, he will have a realistic chance to become the first player since Chamberlain (1962 & 1963) to average 40 or more points for an entire season.

MVP things: James Harden goes on a personal 12-0 run to turn a 2-point deficit to a 10-point lead pic.twitter.com/c89IeRpZdn

He has already recorded seven 40-plus games on the season and has scored 35 or more in eight of the last nine contests. In addition to his historic scoring start, Harden continues to prove that he is more than just a scorer by averaging 7.6 assists, eighth-best in the league.

While Harden has distanced himself from most of the candidates, he is followed close on the oddsboard by the reigning Most Valuable Player, Giannis Antetokounmpo +200 (2-1).

Similar to Harden, Antetokounmpo has started the season putting on an encore performance, averaging 30.3 points, 14.2 rebounds and 6.2 assists, while leading the Milwaukee Bucks tied for the best record in the East at 11-3.

Although it is still early, the NBA looks posed for another two-headed MVP race that features Harden and Antetokounmpo. But regardless of how impressive The Greek Freak may look this season, it is going to be hard for any player to surpass Harden if he continues his scoring spree over the next 67 games.