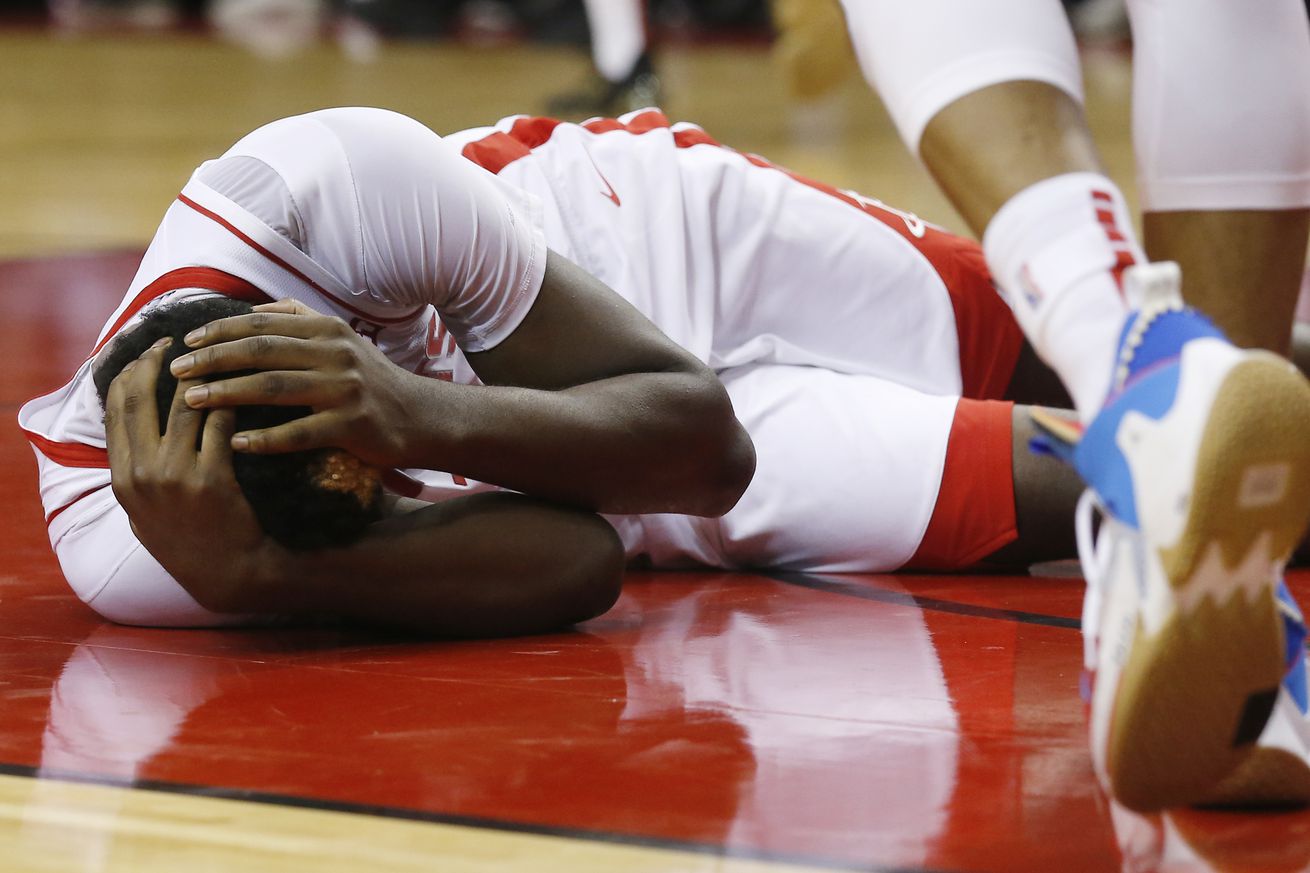 A tough blow for the big man.

According to ESPN’s Tim McMahon, Clint Capela is not expected to play tomorrow night against the Pacers.

Source: Rockets center Clint Capela is expected to miss Friday’s home game against the Pacers. Capela was evaluated for a concussion after a collision when he drew a charge late in Houston’s win over the Clippers on Wednesday.

Capela drew a charge in the fourth quarter of last night’s win that knocked him out for the rest of the game.

Tyson Chandler came in to replace and would likely some of Capela’s minutes in his absence. Recent G-League callup Isaiah Hartenstein will also shoulder some of the load at the center position.

It’s a shame to see Capela go down considering his play as of late.

With 20 rebounds in last night’s win over the Clippers, Capela became the first Rocket to log 20 boards in three consecutive games since Hall of Famer Moses Malone completed the feat in 1982.

Capela is only the second player to grab 20 boards in three consecutive games since Kevin Love in 2011. Pistons center Andre Drummond notched 20 rebounds in three straight games two weeks ago.

For the Rockets, losing Capela will certainly be a blow to the team’s rebounding efforts.

Capela is averaging 12.7 rebounds per game this season, good for fifth place in the league.

Capela’s status is in question beyond Friday, but the team has a quick turnaround when they travel to Minnesota Saturday and the cramped schedule could force Capela to miss multiple games.