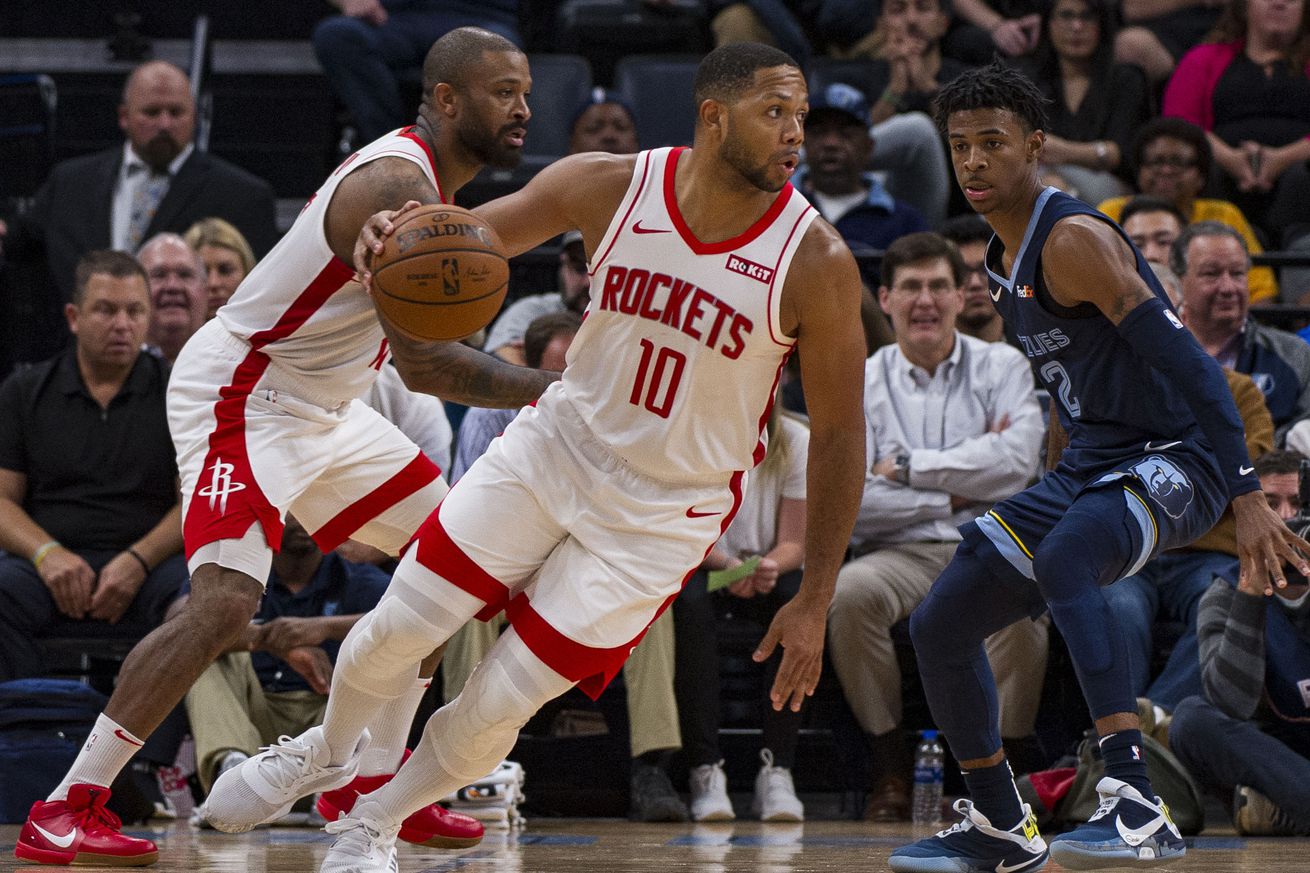 He’s still on track with his recovery from knee surgery.

It was announced about a week ago that Eric Gordon was going to miss approximately six weeks of action after undergoing a clean-up procedure on his knee, and it appears that timeline is still accurate, as he confirmed to reporters yesterday that he still plans to be back “roughly Christmas time”.

Eric Gordon confirms that coming back around “roughly Christmas time” is still the goal. #Rockets pic.twitter.com/VpsU4Jt4fe

Gordon had apparently been dealing with a knee issue for a while now, and that may have been one of the contributing factors to his slow start. Like most shooters, he’s streaky, but his slow start to the season just seemed like it was more than that, and now we have confirmation that there was.

The Rockets have looked better with other guys — Ben McLemore, Chris Clemons, Austin Rivers — so perhaps this is all a blessing in disguise. The team has found their rhythm on both sides of the ball, and getting a healthy EG back next month should add to a team that already looks very strong.

The Rockets were forced into seeing how ready their depth was, and now that the bench appears capable, having trust in multiple guys to sub in can only pay dividends moving forward. Let’s just hope Mike D’Antoni doesn’t forget they’re there after Gordon returns.

Heal up, EG. We need you tip-top for the stretch run.