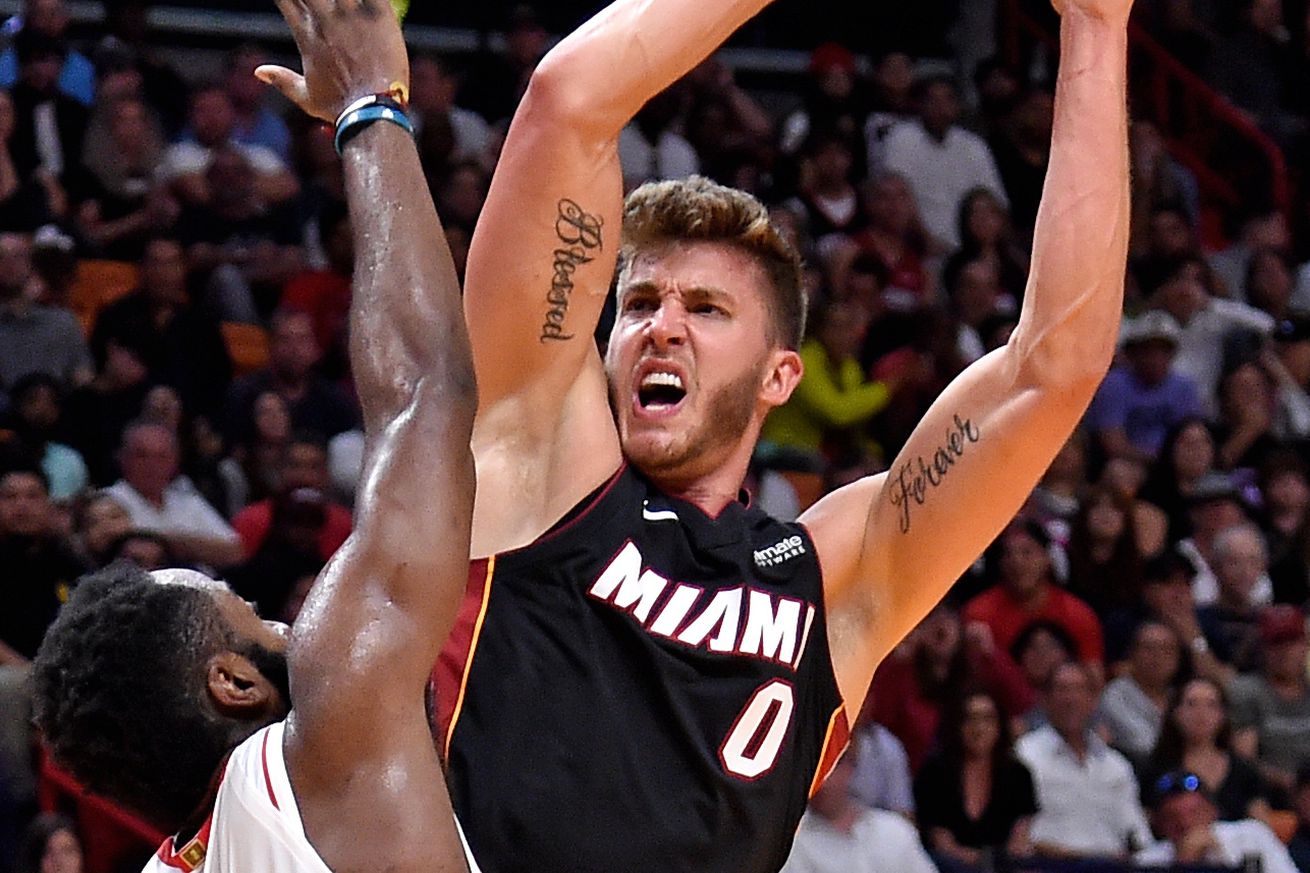 Houston has a chance to exorcise some demons tonight. The first is their current three-game losing streak against other teams at the top of the Western Conference. With Eric Gordon out and Danuel House Jr. still shaky after his back injury, some losses were expected.

What wasn’t expected was the 129-100 drubbing the Heat delivered to Houston earlier this season. It’s possible you saw it coming if you subscribe to the “James Harden loves to party” theory, but Harden was easily the best starter on the court that night for Houston (which isn’t saying much, true). In 26 minutes, Russell Westbrook was a -46. Truly, the Rockets could have replaced Russ with a brown paper bag in the middle of the court and no one would have noticed the difference. Clint Capela and P.J. Tucker turned in equally horrid performances, as did basically everyone not named Chris Clemons or Ben McLemore.

The Heat’s biggest addition was Jimmy Butler, of course, but they’ve gotten contributions from rookies Kendrick Nunn and Tyler Herro. Bam Adebayo has made a leap as a big man and Meyers Leonard routinely murders Houston. The Heat are even bringing Goran Dragic off the bench and he’s been playing well as usual. Miami really gained a lot from trading Hassan Whiteside, who would have clashed with Butler from Day 1.

Miami is one of four Eastern Conference teams still undefeated at home, but are a pedestrian 5-4 on the road. Nevertheless, they are the sort of team that Houston has struggled with during Harden’s tenure: tough, hard-working, and smart. The Rockets will need contributions from everywhere if they wish to end this slide tonight.