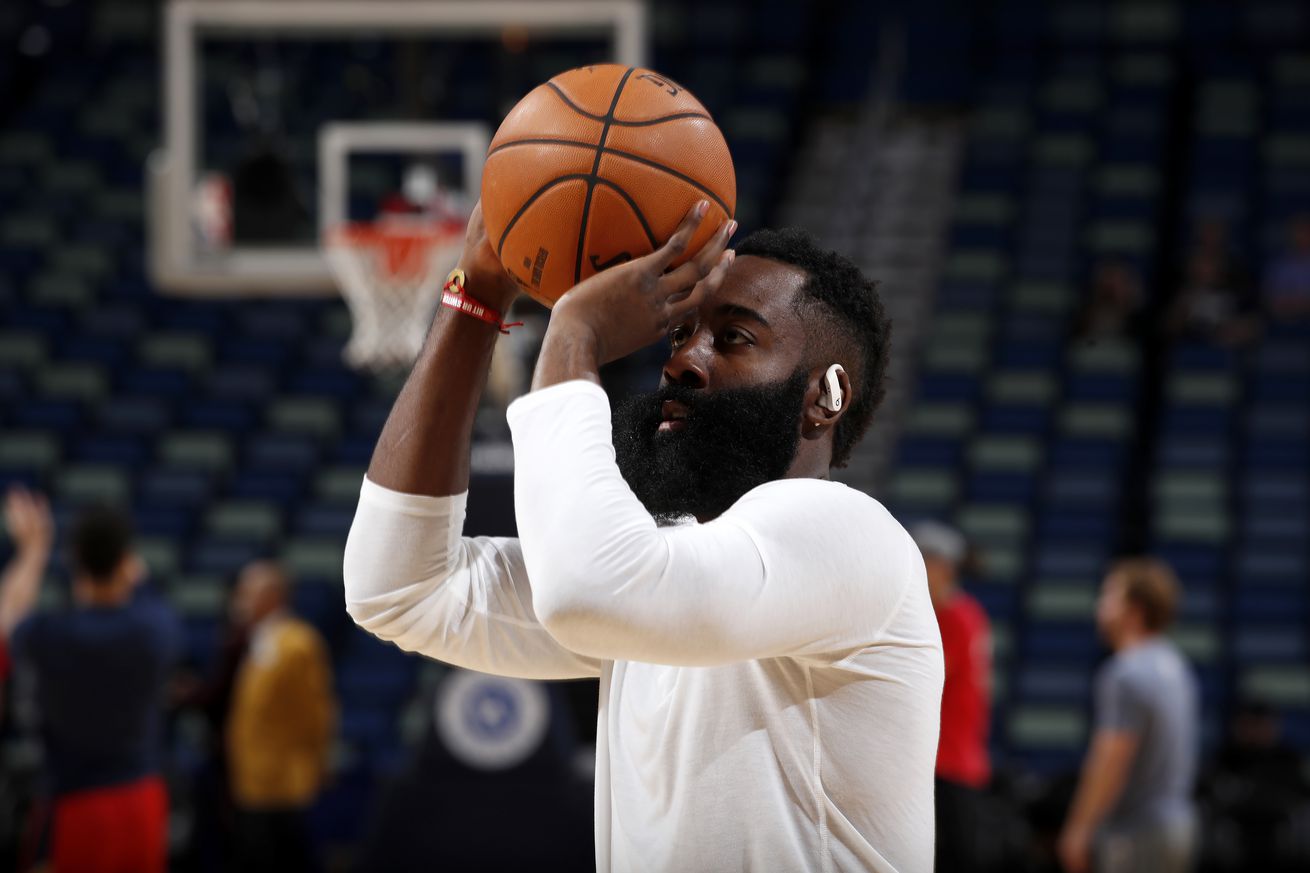 The Beard nabs his 23rd Player of the Week award.

James Harden was named the West Conference Player of the Week after he led the Houston Rockets to a perfect 3-0 record in the third week of the NBA season.

Harden averaged 40.7 points, 9.3 assists, 8 rebounds. 2.33 steals, and 1.33 blocks in the week, improving his team to a 6-3 record with wins against the Memphis Grizzlies, Golden State Warriors, and Chicago Bulls. Despite his less-than-stellar start shooting from behind the arc, Harden nailed 22 of his 51 three-point attempts for a staggering 43.1% from downtown.

Harden followed up his PotW honors with a 39-point, 9-assist, 2-steal performance in the Rockets 122-116 win against the New Orleans Pelicans on Monday. Now, through 10 games, Harden is already putting on a scoring champ encore season, leading the league with an incredible 37.3 points per game to go along with 5.4 rebounds, and 8.3 assists — good for sixth best in the league.

The Rockets may have gotten to a shaky start this season, but another MVP-type season from Harden has them sitting at 7-3, tied for third-best in the West.