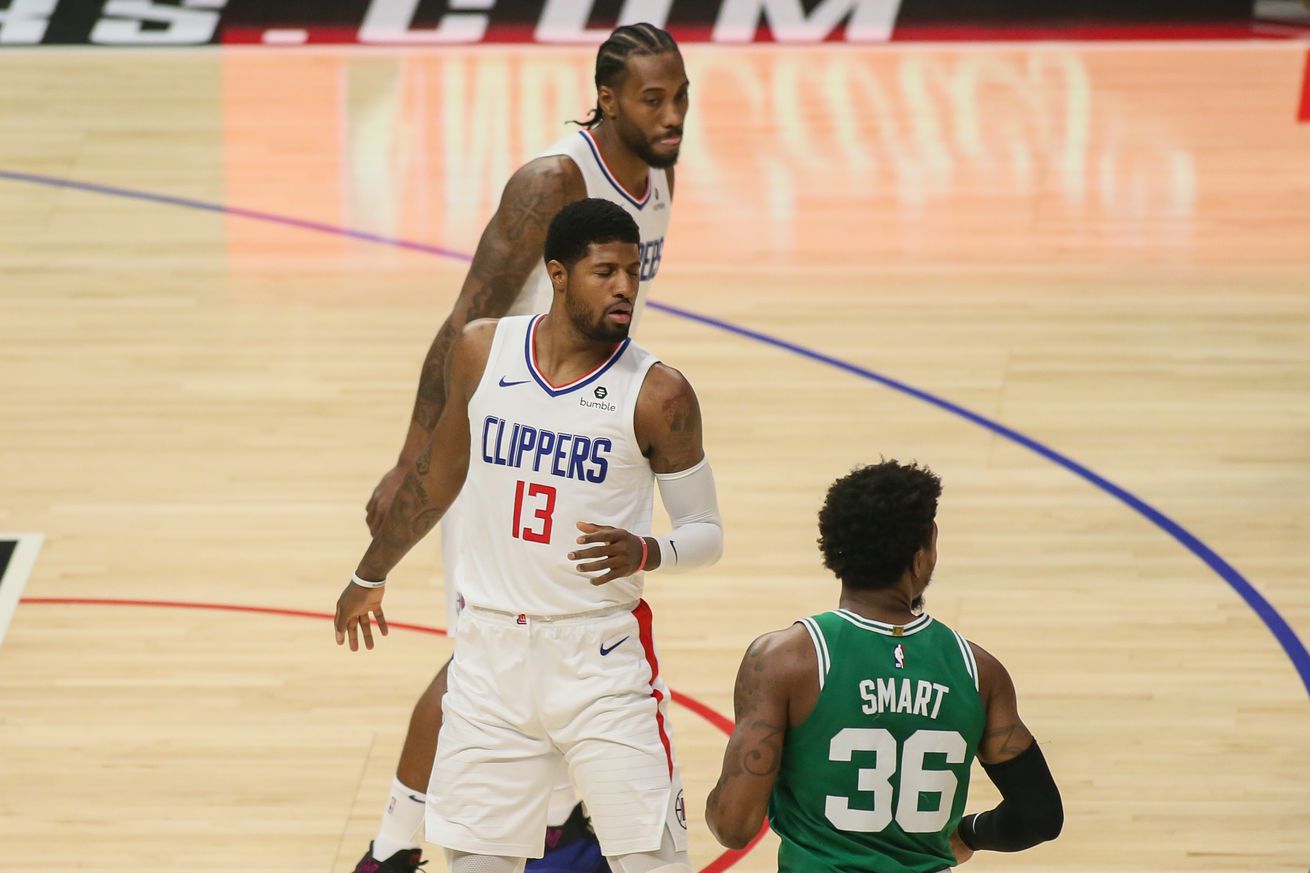 The Duo. | Photo by Jevone Moore/Icon Sportswire via Getty Images

This time…it’s in LA.

Tonight the Rockets once again battle one of the LA Darlings, the Los Angeles Clippers. Last game featured a Classic Clippers Complaining Collapse, but also, no Paul George and his magical marksman bionic shoulders.

The Rockets lost in Denver in a game where they never seemed to get going. I’m truly hopeful that all Western Conference teams will roll out their Rockets Special defenses in the regular season, so that the Rockets might plan for them.

Once again lowkey-key Rocket Danuel House was taken out by an opponent. He’s questionable tonight.

Harden and Westbrook return to their ancestral home. Hopefully this doesn’t produce The South Beach Effect on the Rockets.

I’m expecting a very fired up Clippers team coming off a big win over Boston. I’m expecting the Rockets to play basketball. Perhaps the bright lights and reflected glamour of the Lakers building will encourage them.

Beware the “Load Management” drinking game. I spent three minutes trying to figure out who ESPN had on the call tonight, then gave up. Sorry.

In the meantime, take a gander at this ABA pillowcase a friend saw thrift store, and immediately thought of me.