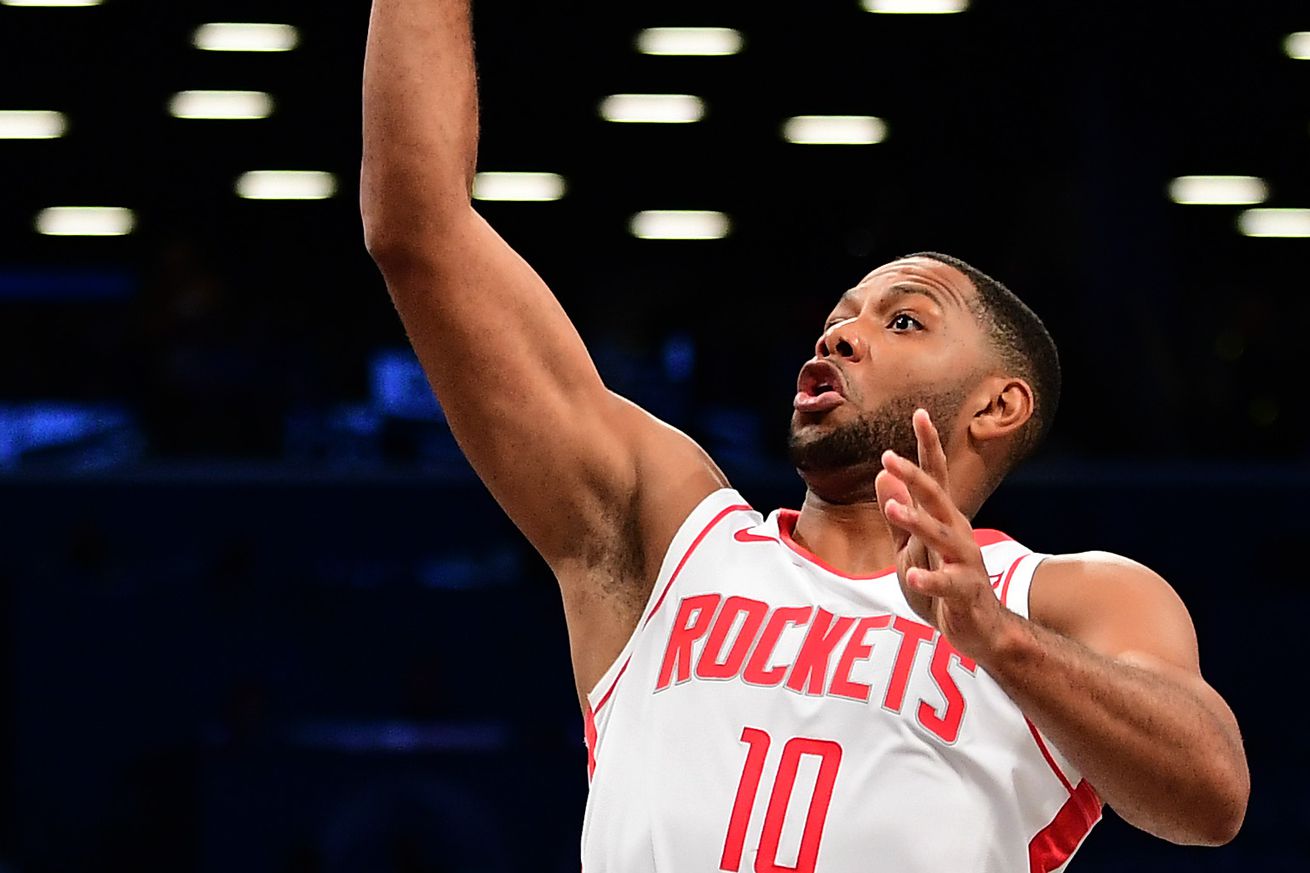 Who are you, and what have you done with Eric Gordon? | Photo by Emilee Chinn/Getty Images

There seem to be some new folks commenting here that appear to be unfamiliar with the Houston Rockets and their mode of operation.

The Rockets are always, and forever, in this incarnation, an offense-oriented team. They stick to the maxim that the team that scores the most points usually wins the game. Their approach seems to be that the best way to end up in that position is to score a ton, rather than suppressing opponent scoring as a primary goal. Good defense from the Rockets is a desire, rather than a requirement, of their outlook.

Every approach has its weakness and its strength. (Unless it’s JB Bickerstaff.) When the Rockets aren’t shooting well, it looks awful, because the opponent is free to play much bigger lineups, get rebounds, score inside, etc. The Rockets chase the scoreline, and do that by playing ever smaller lineups. This can result in a kind of death spiral.

What the Rockets offense is meant to do, however, is force bad decisions on opponents. Do they go small? If they do, with the exception of past Golden State teams, the Rockets are simply better at it. Do they double down on a big lineup? One that’s getting wrecked?

When two of the Rockets primary shooters cannot hit water from a boat, however, they force nothing except, it seems, more bad shots and a chance to do what the Rockets are worst at, play transition defense.

The Rockets two losses were close, and featured leads, leads that were lost in a festival of clanking threes. With just average shooting, those are both likely wins, and the Rockets are 5-0. That’s not always going to happen, and then we’ll see the Rockets force bad decisions on opponents, rather than the reverse.

Yes the defense is a problem, but in some ways the offense is a bigger one right now.