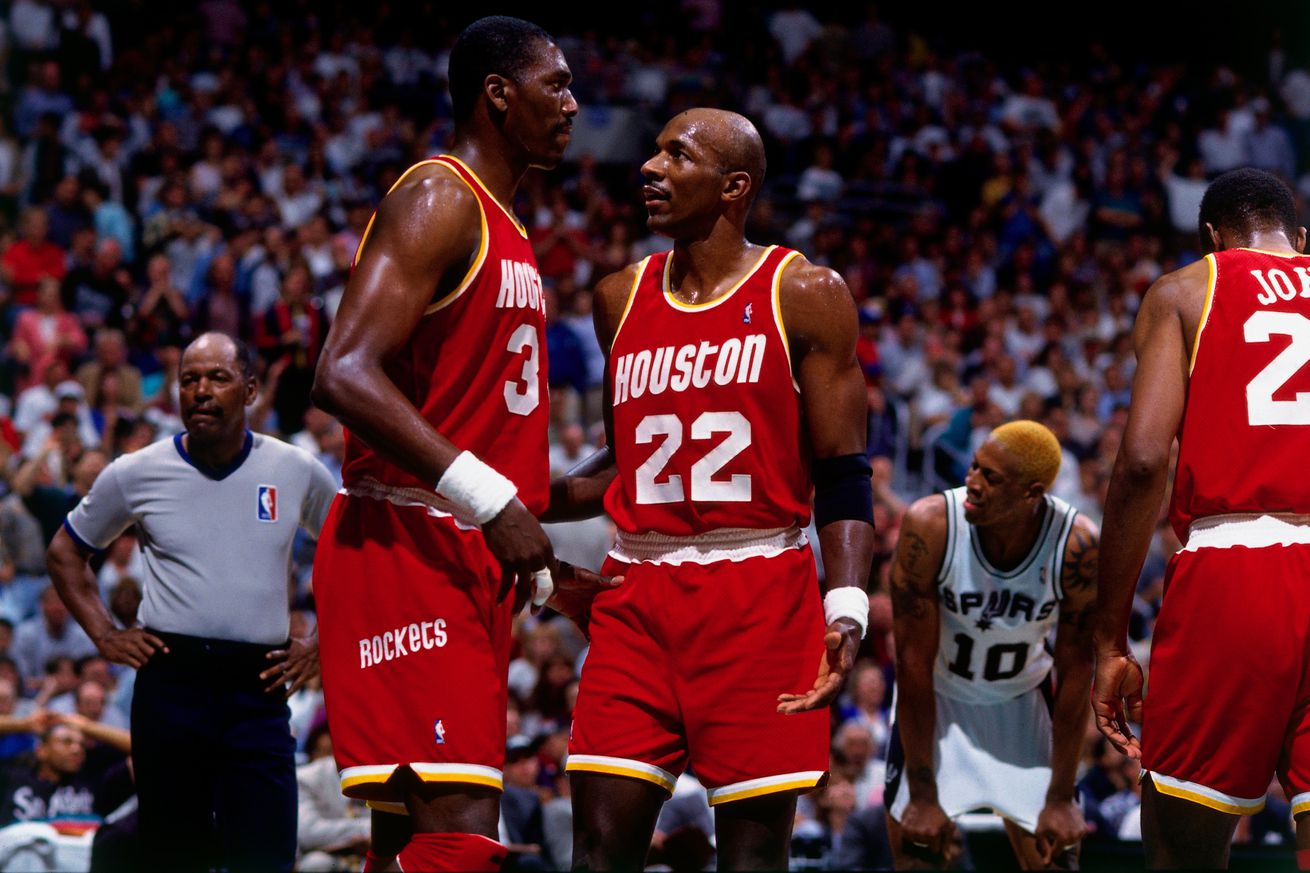 The Rockets will bring back the championship look this week.

The Houston Rockets are officially bringing back the ketchup and mustard this Friday against the Indiana Pacers.

The iconic Rockets look hasn’t been seen since 1995, strangely retired after Houston won back-to-back champions — though other iterations of the colors have been done since then. But just because it’s back doesn’t mean it’s here to stay. This is just a one-year throwback for the team with no word on if they plan on making a return.

They will also be worn only eight times this season for Houston’s “Flashback Fridays” games.

Our first #FlashbackFriday is tomorrow!

First time rocking our Classic Jerseys
@VernonMaxwell11 will be in the house pic.twitter.com/50kSlnULyV

According to the Rockets’ official promotional calendar, the four Flashback Friday home games are also part of a poster series, with Vernon Maxwell in attendance on the first night. There’s no guarantee of anything, but with the throwback promotional events being only four nights out of the season, maybe it’s safe to assume that the Rockets will have a hometown legend in attendance for each home Flashback Friday game.

The classic colorway is the third and final of the new set of uniforms that the Rockets unveiled this offseason, doing away with their original home and away kit and keeping the black alternates that they wore last year.

They’re not done unveiling new looks just yet, though. The Rockets “City” colorway is set to premiere at the end of this month, Saturday Nov. 30. As exciting it is to see Houston in their championship unis once again, the “City” jerseys almost promises to be one of their most unique concepts since the pinstripes. The Rockets announced earlier this year that the look will “move away from the Chinese jerseys” and instead will “evoke Houston’s history and present.” In case that’s not enough of a clue for you, they also describe them as “out of this world.”

In the meantime, be sure to cop an official version of James Harden’s name, or any of your favorite current Rockets’ name, in the classic colors while you can. Who knows when you’ll get another shot?