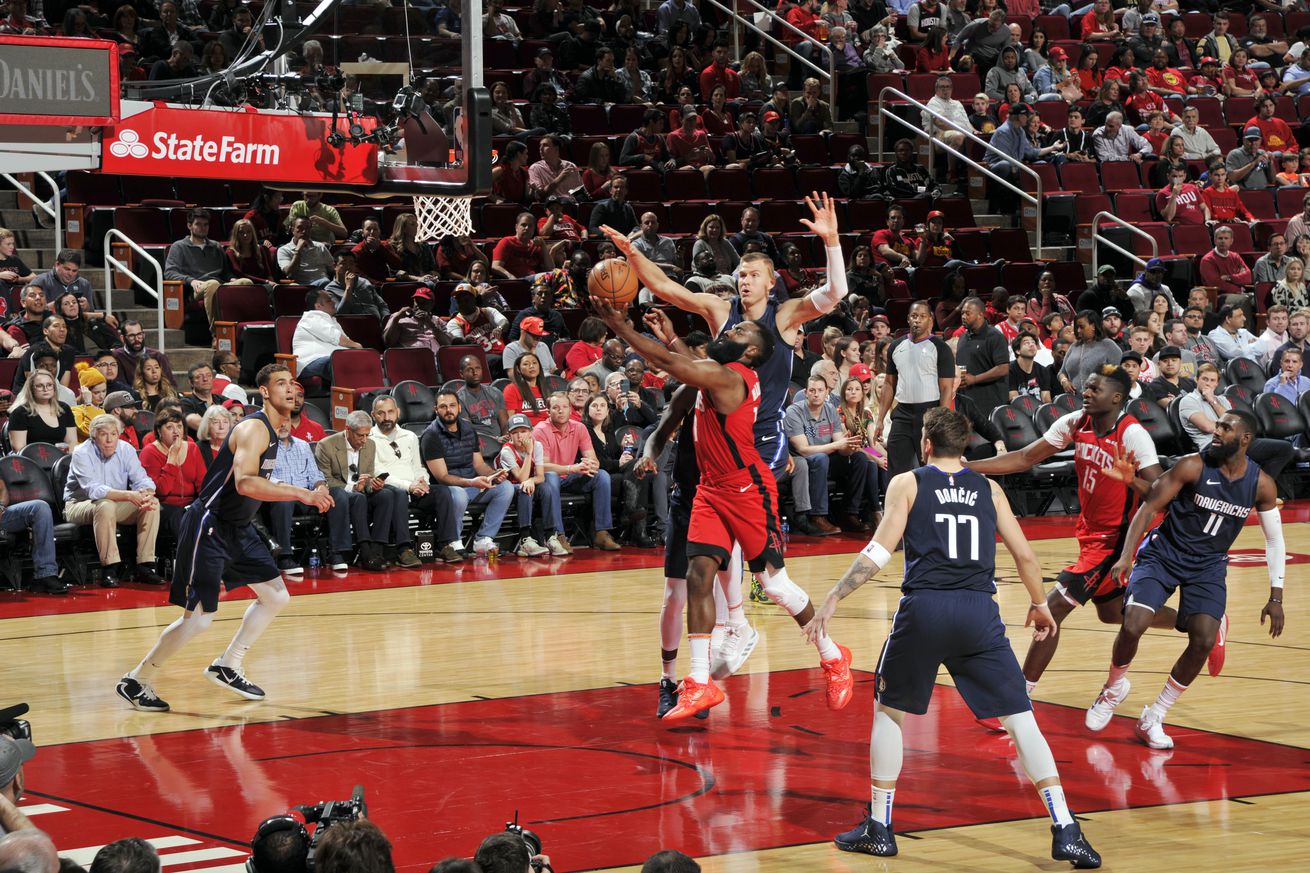 The Houston Rockets had an opportunity against the Dallas Mavericks on Sunday.

Last Wednesday, they went into Denver and, while they weren’t necessarily blown out, couldn’t handle business against the Nuggets — a team that was/is a top-three seed in the West. Friday, they showed they could hang in with the top-tier of the NBA by taking the healthiest version of the Clippers, so far this year, down to the wire in Los Angeles. Technically trending upward, Houston had an opportunity against the 10-5 Mavericks to show that they took some understandable losses last week, but they’re better than those losses.

Instead of taking the now-tied-for-third-place Mavericks to task, the Rockets put out a real dud from the opening tip, ultimately on their way to a 137-123 defeat. Houston literally gave away its first three possessions and gave the Mavericks two easy, wide-open layups at the basket and a three from Tim Hardaway Jr. for a 7-0 lead that would eventually snowball to a 16-4 first-quarter lead. Houston was able to get the game down to two points, 29-27, with 2:41 left in the first period, but a 16-2 Mavs run to close the quarter would ruin all hopes of the Rockets ever playing without desperation.

Dallas did have a few scares along the way — Houston was able to get the game within five points in the fourth quarter — but they controlled every aspect of the game, never allowing a single lead change. Luka Doncic didn’t disappoint in his sophomore glow-up, giving the Rockets the business end of 41 points on 15-of-29 shooting to go along with his 10 assists. The aforementioned Hardaway had himself a career-high (because of course) of 31 points on a stellar 10-18 shooting from the field, 5-11 from three.

About the only thing the Rockets did well this game was out-rebound the Mavericks, 52-47, and limit themselves to only 11 turnovers, besting the Mavericks’ 14 TOs. But, from three, Houston matched Dallas’ 44 three-point attempts, only to make seven less of them (10-44 3PA). They also left eight easy points at the free-throw line, going 22-31 from the stripe.

James Harden made every non-three-point attempt he shot, going 9-9 from inside the arc. Unfortunately, he did shoot 15 threes and made only two of those. Throw in eight made free-throws out of 10 attempts, and he 32 points to go with his 11 assists and nine rebounds. Russell Westbrook, still very much trying to find himself with this Houston team, had a solid game of 27 points, six assists, and five rebounds on 8-20 FGA, 2-5 3PA.

Houston now follows up their eight-game winning streak with a three-game losing streak. The Rockets drop to the sixth spot in the West with an 11-6 record in this very, VERY young season. The team gets a much-need two-day break before they face the Miami Heat, a team that handed them their worst lost (100-129) of the season at the beginning of the month. Miami was also the last loss they took before going on their win streak.

The game will be at 7 p.m. central at the Toyota Center.