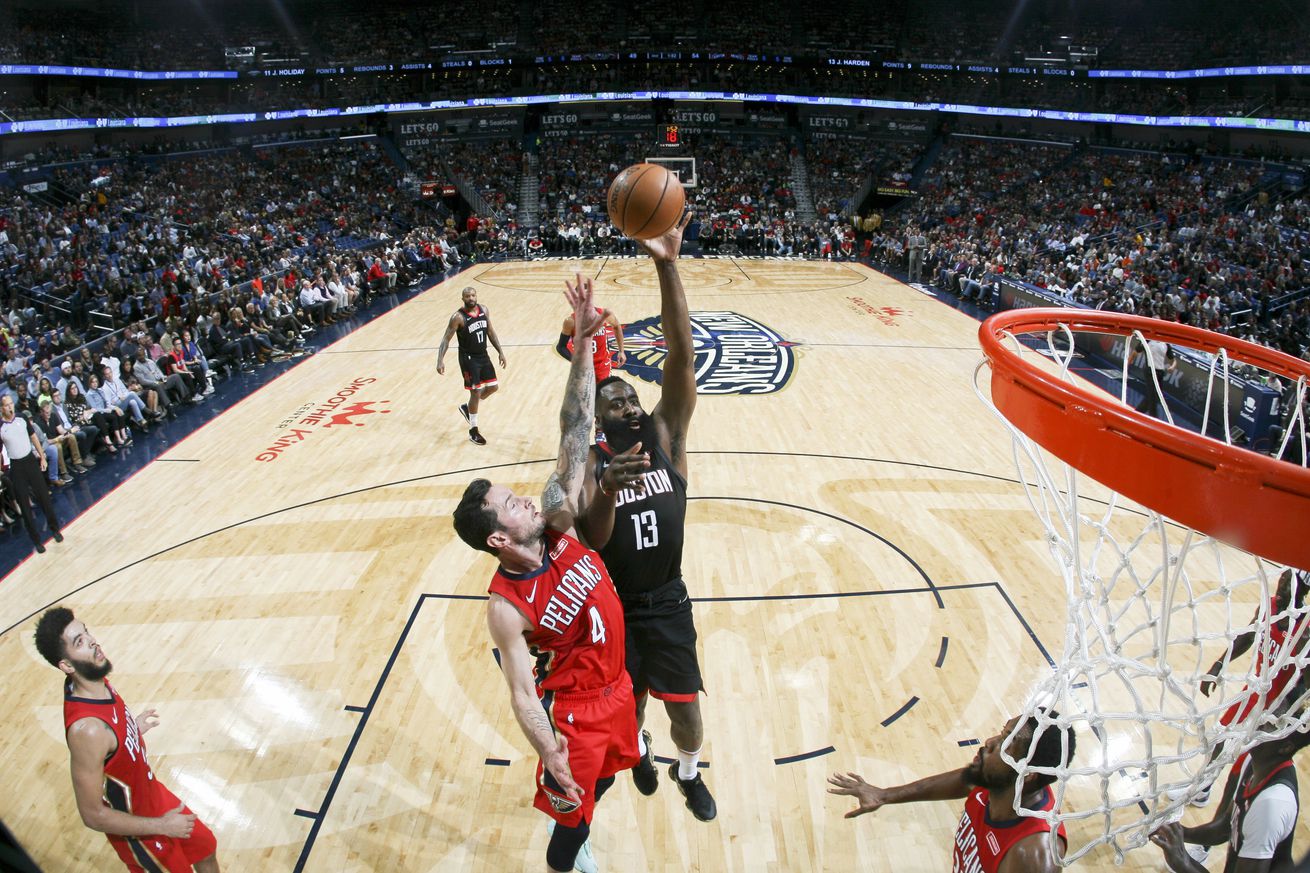 Eric Gordon received a pass from Russell Westbrook and knocked down a 3-point field goal attempt midway through the third quarter. Gordon’s 3-point basket put the Rockets up by seven, and ignited a 15-4 run, as the Rockets recorded their fourth straight victory at the expense of the New Orleans Pelicans in a 122-116 win, Monday night, inside the Smoothie King Center in New Orleans.

Houston held a 10 point advantage before JJ Redick scored an And-1 behind the arc, as New Orleans cut the Rockets lead down to four with 7:15 remaining in the game. With the Pelicans in striking distance, the Rockets increased their lead up to 17 points as James Harden led the way with a personal 13-0 run.

Following an explosive fourth quarter, Harden ended the night with a game-high 39 points, nine assists, four rebounds and a block en route to a win. His performance in the final 12 minutes was a complete 180 from the first quarter, where he scored two points in the opening period.

@JHarden13 goes OFF for 19 PTS in the 4Q #OneMission pic.twitter.com/Cs1nctl3W0

Although it was another MVP caliber performance for Harden, he was not alone in the Big Easy. Russell Westbrook added in 26 points and four assists, as P.J. Tucker continued his solid start to the season with 10 points and seven rebounds in the win.

Clint Capela recorded his fourth straight double-double with 11 points and 20 rebounds, while Eric Gordon pitched in 17 points off the bench—shooting 6-for-11 from the field, 4-for-7 from behind the arc.

The Pelicans stood their ground against the Rockets despite playing with three of their top-five players out due to injury (Zion Williamson, Lonzo Ball and Brandon Ingram). In the first half, New Orleans exploited Houston’s inability to defend in transition, but trailed 58-52 into the halftime break.

Transition defense may have been the least of the Rockets’ concern coming out of the break, as Danuel House Jr. missed the second half of the game with a bruised back injury following a hard fall in the first quarter.

In a losing effort, Redick led the Pelicans in scoring with 24 points, as Josh Hart recorded 19 points of his own.

With the conclusion of a two-game road trip (2-0), the Houston Rockets will return to their home floor on Wednesday to take on Kawhi Leonard and the Los Angeles Clippers. Tip-off is slated for 6:30 P.M. CT.