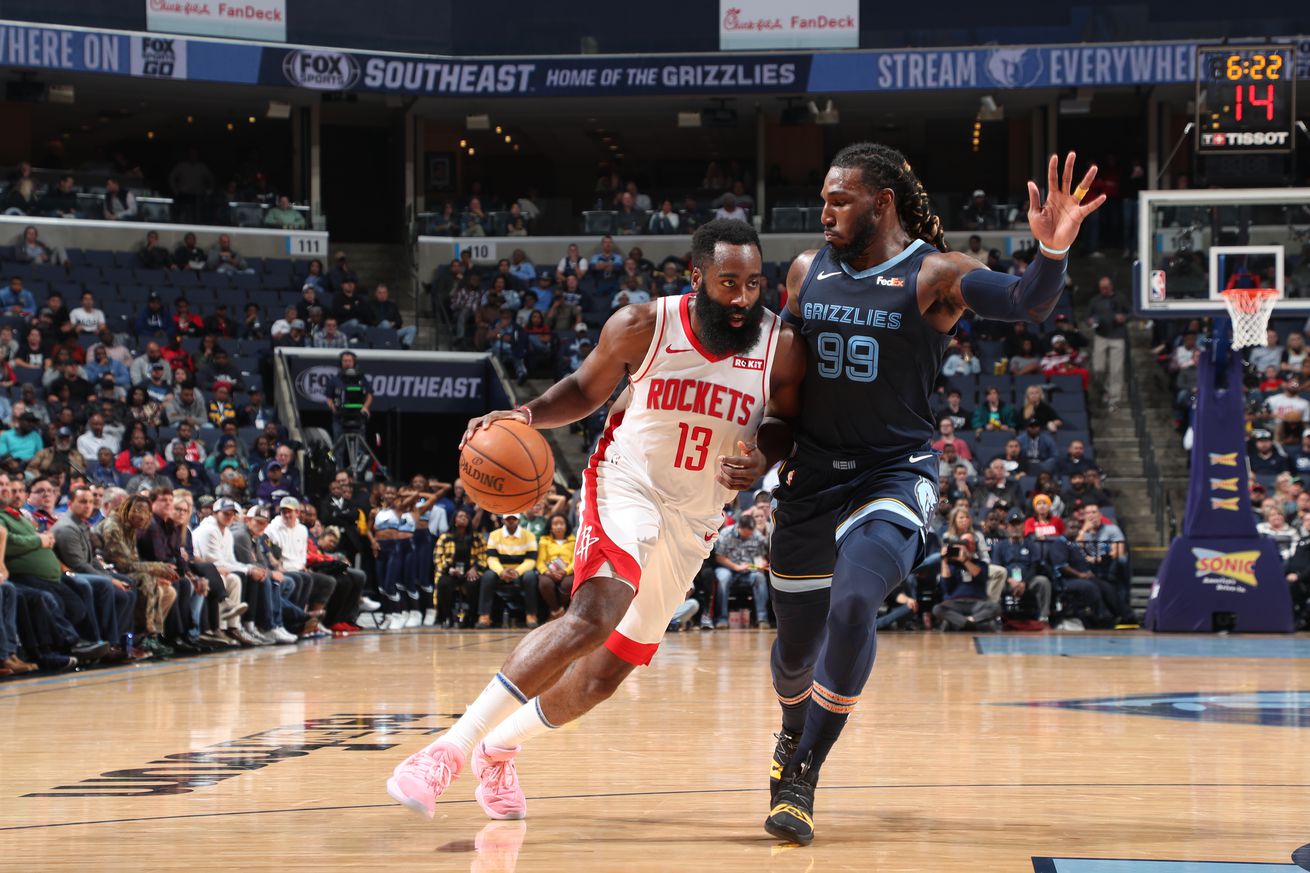 With 1:42 remaining in the fourth quarter, James Harden held the ball in his hands near center court with the Houston Rockets up by six against the Memphis Grizzlies. With the momentum shifting in the Grizzlies’ favor, Harden knocked down his signature step-back jumper with Dillon Brooks draped all over him in an attempt to defend the shot.

The absurd basket by Harden gave him his 42nd point of the night, but most importantly, served as a dagger en route to a 107-100 victory over the Grizzlies, Monday night, inside the FedExForum in Memphis. With the win, the Rockets ended a two-game skid following an embarrassing loss to the Miami Heat.

In a game that featured two of the top three teams in pace, the Rockets came out the gates running but could not match the speed of the young Grizzlies. At times, their attempt to match Memphis’ pace forced the Rockets to commit several turnovers that resulted in a 62-60 halftime lead.

After a sub-par performance in the first 24 minutes, Houston’s offense did not get off to a great start, as they missed six of their first seven shot attempts to open up the third quarter. Despite their offensive struggles, the Rockets managed to pick up the intensity on the defensive end, as they held the Grizzlies to 16 points in the third quarter.

With 12 points coming in the first quarter, Harden carried much of the load for the Rockets with Russell Westbrook out due to rest. Picking up where he left off after averaging 47.0 points against the Grizzlies last season, Harden ended the night with 44 points shooting 12-for-28 from the field, 7-for-16 from 3-point range — to go along with 10 rebounds and six assists.

While Harden put on another MVP caliber performance, Houston received some much-needed help from their supporting cast. Eric Gordon scored a season-high 16 points, Danuel Houston added in 15 while Ben McLemore led all scores off the bench with a season-high 12 points in a win for the Rockets.

Despite coming out on the losing end, the Grizzlies put up a good fight in a game that produced seven lead changes and 15 ties. Rookie sensation Ja Morant led Memphis in scoring with 23 points and six assists, while his backcourt mate, Dillon Brooks, recorded 17 points in the loss.

With the conclusion of a four-game road trip (2-2), the Houston Rockets will return to their home floor on Wednesday to take on D’Angelo Russell the Golden State Warriors. Tip-off is slated for 6:30 P.M. CT.