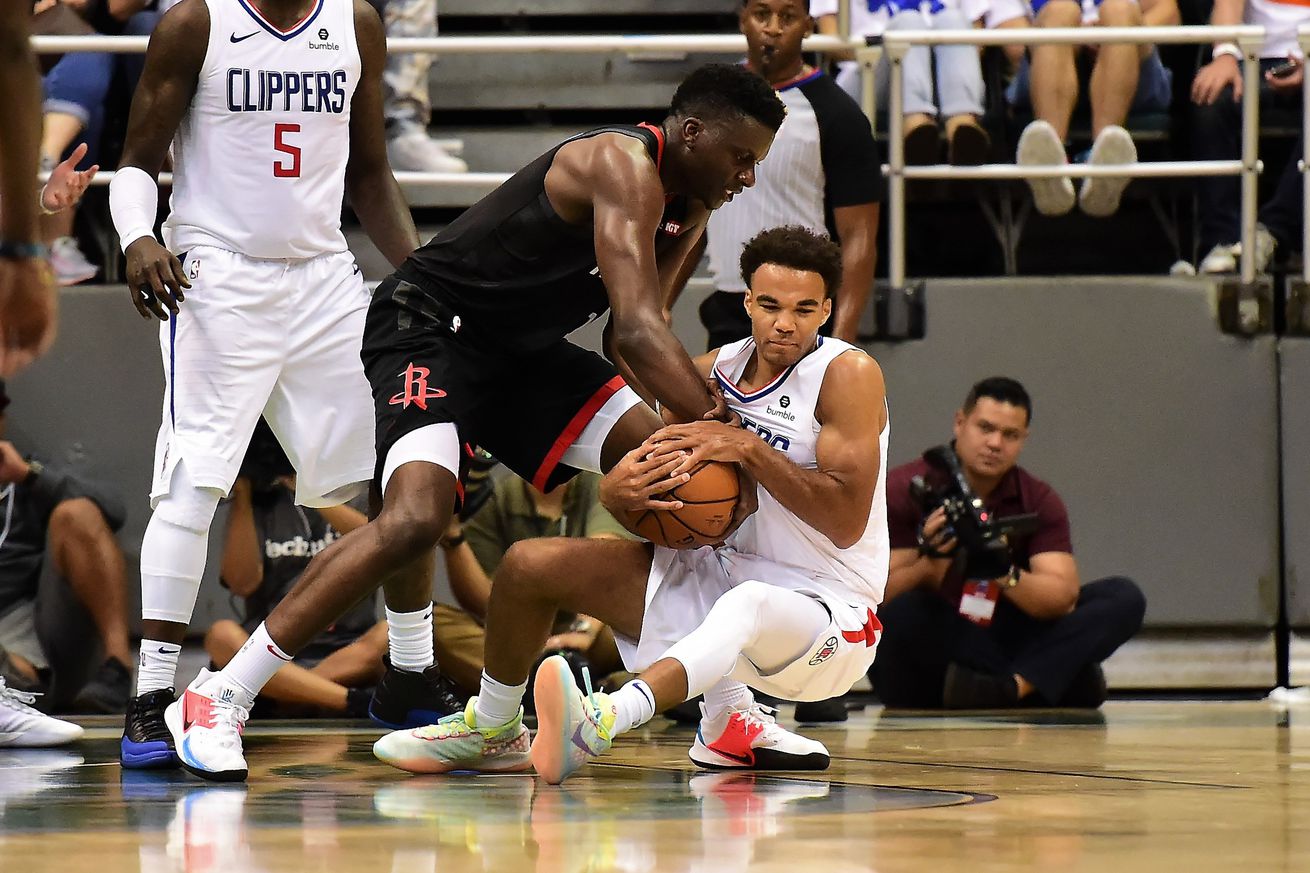 Want to know where the Rockets stand? This is the game.

It’s early in the season yet. The Houston Rockets have played just 10 games. They stand at a more-than-respectable 7-3 record, which is a 57-win pace over the course of a full year and would put them right where many of us figured they would be.

Of course, this 70-percent winning clip didn’t come without it’s hiccups, most notably a 29-point defeat to the Miami Heat and a 159-158 win over the Washington Wizards in which the defense looked downright putrid. But the team seems to have stabilized some since then, winning their last four straight and at least looking competent on defense.

But those wins have all come over likely lottery teams, and we’ve yet to find a true gauge of how this squad stacks up against the other Western Conference elite. That test comes Wednesday night at the Toyota Center, when the Rockets meet up with the Los Angeles Clippers, who share the same 7-3 record as our hometown heroes and also the same title aspirations.

Neither team will be at full strength. Paul George will make the trip with the Clips to H-town, but it sounds like his debut will more likely happen the following night in New Orleans against an easier matchup in the Pelicans. Kawhi Leonard will also sit one of the back-to-back set in his never-ending quest to properly manage his load. Which game hasn’t been announced.

But the Rockets are hurting too. Eric Gordon is out for a month following a knee procedure, and Danuel House is currently listed as doubtful for the game following a back injury Monday night against the Pelicans.

But even with some of the major names either out or up in the air, it’s important to remember that these two teams have had some dynamite matchups over the years in addition to each rostering several players with ties to both franchises.

Houston’s Austin Rivers spent four seasons with the Clippers before signing as a free agent with the Rockets in 2018. He was even involved in the famous locker room incident between the two teams that may or may not have involved a secret locker room passage and a Clint Capela diversion and eventually resulted in several suspensions.

And the Clippers are full of ex-Rockets. Lou Williams, Patrick Beverley, Montrezl Harrell, and Patrick Patterson all spent time in H-town, with Williams, Bev, and Harrell coming over in the Chris Paul deal. Patterson was originally drafted by the Rockets in 2010, before becoming a multi-team journeyman who signed with L.A. in the offseason.

This familiarity has spearheaded the recent rivalry between the two teams that began when the Rockets came back from a 3-1 deficit in the 2015 Western Conference Playoffs and has only grown since the subsequent fight and eventual shuffling of players.

A rivalry, with a little bit of bad blood, with two evenly-matched squads that will serve as an early-season barometer for both teams? Sign me up. Visit Stubhub.com to reserve your seat for the game!

Vox Media has affiliate partnerships. These do not influence editorial content, though Vox Media may earn commissions for products purchased via affiliate links.