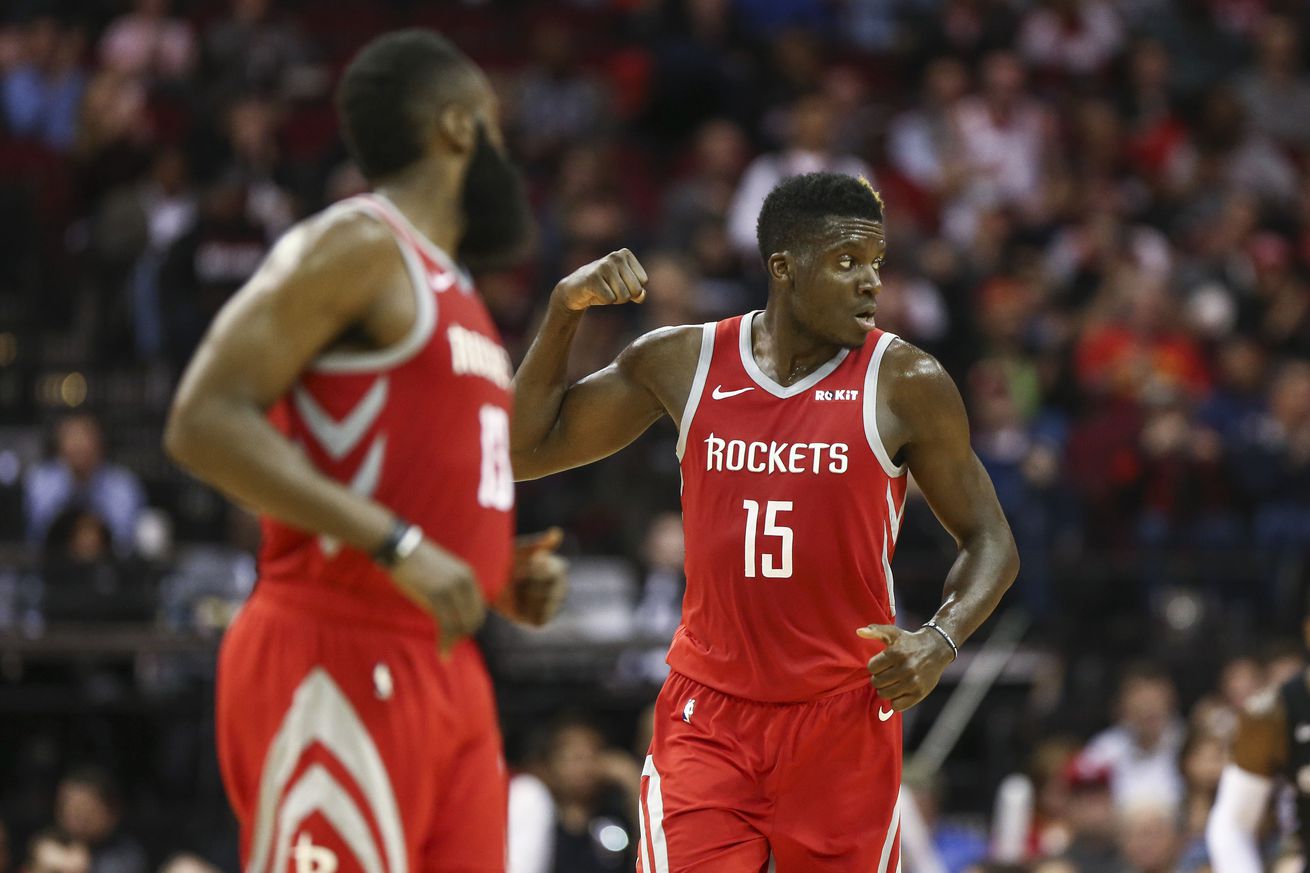 The Rockets look for win number three in a row.

The Houston Rockets go for their third victory in a row against the undermanned Washington Wizards on Wednesday night. Tonight’s match up on the hardwood essentially serves as the opening act for both cities as the Astros and Nationals will compete for a World Championship in Game 7 of the World Series tonight in Houston.

Your starters for this afterthought of a contest:

Can James Harden finally break out of his early-season slump from beyond the arc? The Beard enters tonight’s game shooting 15.0% from distance on 13.3 attempts per game. Tonight’s contest tips off at 7:00 pm CST and airs on AT&T. The Rockets are favored by 8.5 points with an over/under set at 234 points, per Bovada.