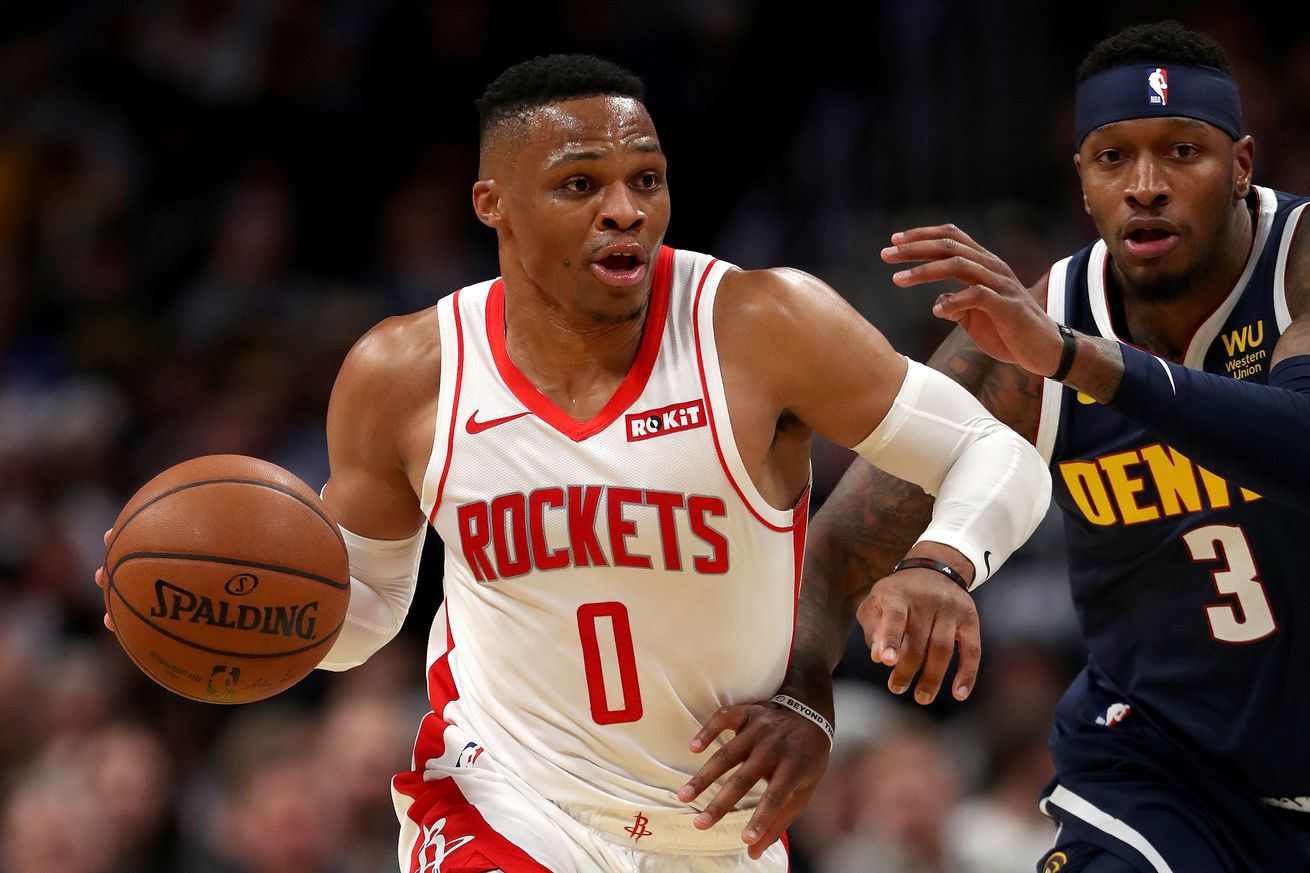 The Rockets take their first loss in nine games in Denver.

The Houston Rockets’ eight-game win streak was snapped by the hands of the Nuggets in 105-95 defeat in Denver on Wednesday night.

After arguably the best game the Rockets played all season in the 132-108 win against the Trailblazers on Monday, Houston was held to a season-low 95 points in Denver — the first time the team didn’t reach 100 points this season.

Houston was able to keep the game close/interesting most of the night, but they never had any control of the match. After Denver went on a 7-0 run to start the game, Houston went on a flawless 13-0 run to get a 15-9 lead, only to allow the Nuggets to go on a 13-0 run of their own, and the rest was history. There was a grand total of 2 lead changes this game, all of them in the first seven minutes of the first quarter

The Rockets struggled to get anything going from the outside, knocking down only 12 threes in 38 attempts. Denver wasn’t much better themselves from deep (9-27), but they mercilessly took Houston apart in the paint, scoring 60 of their 105 points down low. Houston scored only 38 points in the paint.

The big three of James Harden, Clint Capela, and Russell Westbrook carried most of the load for Houston tonight. The Rockets’ stars combined for 64 of the team’s 95 points. The rest of Houston’s combined for 31 points. In contrast, the Nuggets’ bench alone scored 32 points.

Harden had a slow night by his standards, scoring only 27 points to go along with seven assists, seven rebounds, and eight turnovers. The Nuggets’ tactic of double-teaming Harden late in the shot clock worked well from them, keeping Harden at bay, forcing him to pass out late and restricting him to only 16 field goal attempts (8-16 FGA, 4-8 3PA).

Capela didn’t have a big scoring night — only 12 points on 6-of-9 shooting — but he had his fifth-straight 20-rebound game, grabbing 21 rebounds total and tying the Rockets’ franchise record set by Elvin Hayes. Westbrook had a tough game for himself, scoring 25 points, but going only 8-22 from the field and 2-9 from three.

The Rockets drop down to 11-4 on the season, good for second in the West and tied with the Nuggets in the standings.

Houston won’t much have time to sulk or even a give-me game to bounce back on. The team will head into Los Angeles on Friday to face the Clippers for the second time already this young season, but they will have to do so first the first time against both Paul George and Kawhi Leonard.