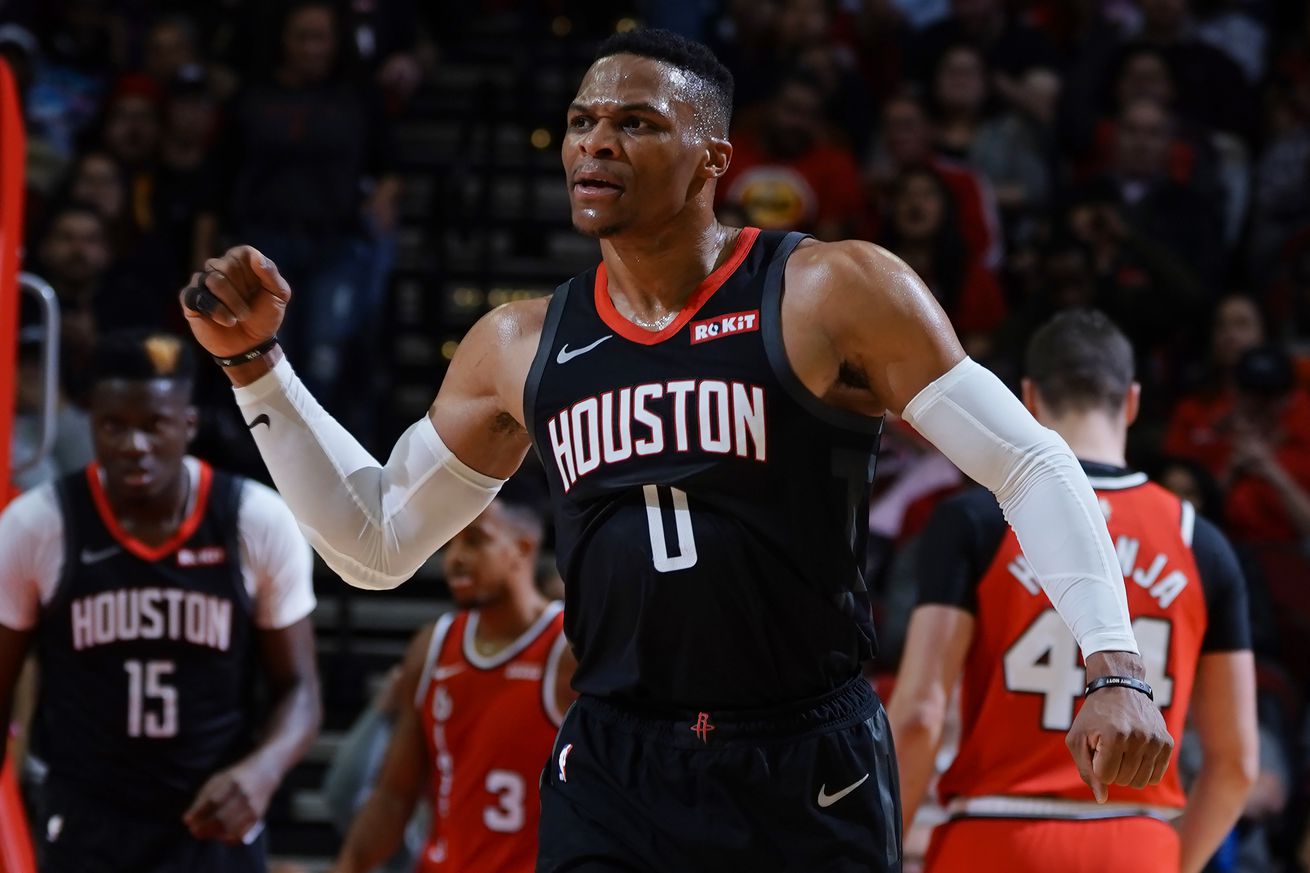 The Houston Rockets recorded their eighth straight win in a blowout victory over the Portland Trail Blazers.

James Harden got into his bag of tricks early in the second quarter, when he knocked down two step-back 3-pointers that resulted in an And-1. The NBA’s leading scorer ended the second period scoring 14 of his 36 points and broke the game open, as the Houston Rockets went on to capture a 132-108 victory over the Portland Trail Blazers, Monday night inside the Toyota Center in Houston.

With the win, the Rockets recorded their eighth straight victory in a row, which stands as the NBA’s longest active winning streak.

Although Harden came up short of recording another 40 plus game, the seven-time All-Star had another all-around performance with 6 rebounds and 5 assists. Yet, most importantly, Harden had some much-needed help from his supporting cast, but none more so than that of Russell Westbrook.

After back-to-back sub-par performances where he averaged 17.0 points on 26.9% shooting from the field, 22.6% from deep, Westbrook had one of his best games on the young season. He recorded his third triple-double of the year with 28 points, 10 assists and 13 rebounds in 34 minutes. Together, Houston’s all-star backcourt put on a show, scoring a combined 64 points in the win.

Despite being down by double digits for a majority of the game, the Trail Blazers tried to cut into the Rockets lead on two on two separate occasions in the second half. Their biggest run came early in the fourth quarter where Portland outscored Houston 11-1, in which they would cut their deficit down to 14.

In the loss, the Trail Blazers were led by guard CJ McCollum who recorded 25 points while 10-for-19 from the field. The Rockets’ defense did a number on Damian Lillard, as Houston held the All-Star guard to 13 points on 4-for-15 shooting from the field, 1-for-6 on three-point field goal attempts.

Following the win, the Rockets will hit the road out west for a Western Conference showdown against the Denver Nuggets, Wednesday night, inside the Pepsi Center in Denver.