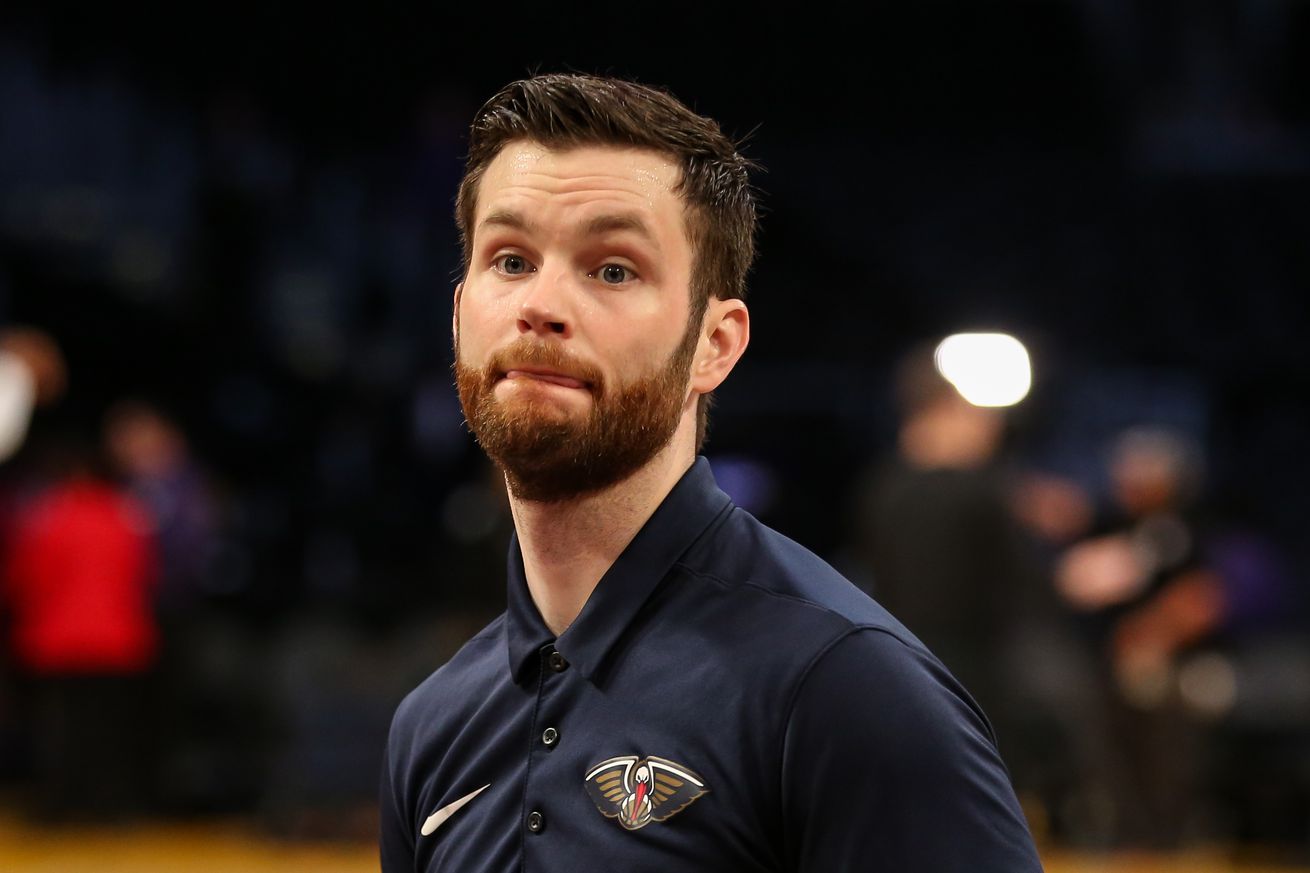 A man was arrested and banned from Houston Rockets games for life after assaulting a New Orleans Pelicans coach on Saturday night at Toyota Center.

The video below, obtained by ABC Houston, shows a fan, Manuel Garcia, blindsiding Pelicans assistant coach Joe Boylan, causing him to fall to the ground.

“The Rockets won the game. Then one of the assistant coaches for the New Orleans Pelicans was gathering his things and was essentially cold-cocked or blindsided and struck in the face, brutally in my view,” said Nathan Beedle of the Harris County District Attorney’s Office. “Clearly, we are going to take this extremely seriously. He is a convicted felon on probation right now charged with a Class A assault of a defenseless person in the case.”

The 38-year-old Garcia and his girlfriend, Brittany Aplin, immediately tried to leave the scene as Boylan and fans pointed in his direction.

According to TMZ, Garcia could face up a year in jail if convicted — along with aforementioned lifetime banishment. Aplin, 33, could actually face six months in jail after being arrested for interfering with the officers’ pursuit of Garcia.

As of now, there is still no clear motive at to why Garcia would assault Boylan, but the D.A. vows they “will get to the bottom of this and hold them both accountable for their actions.”