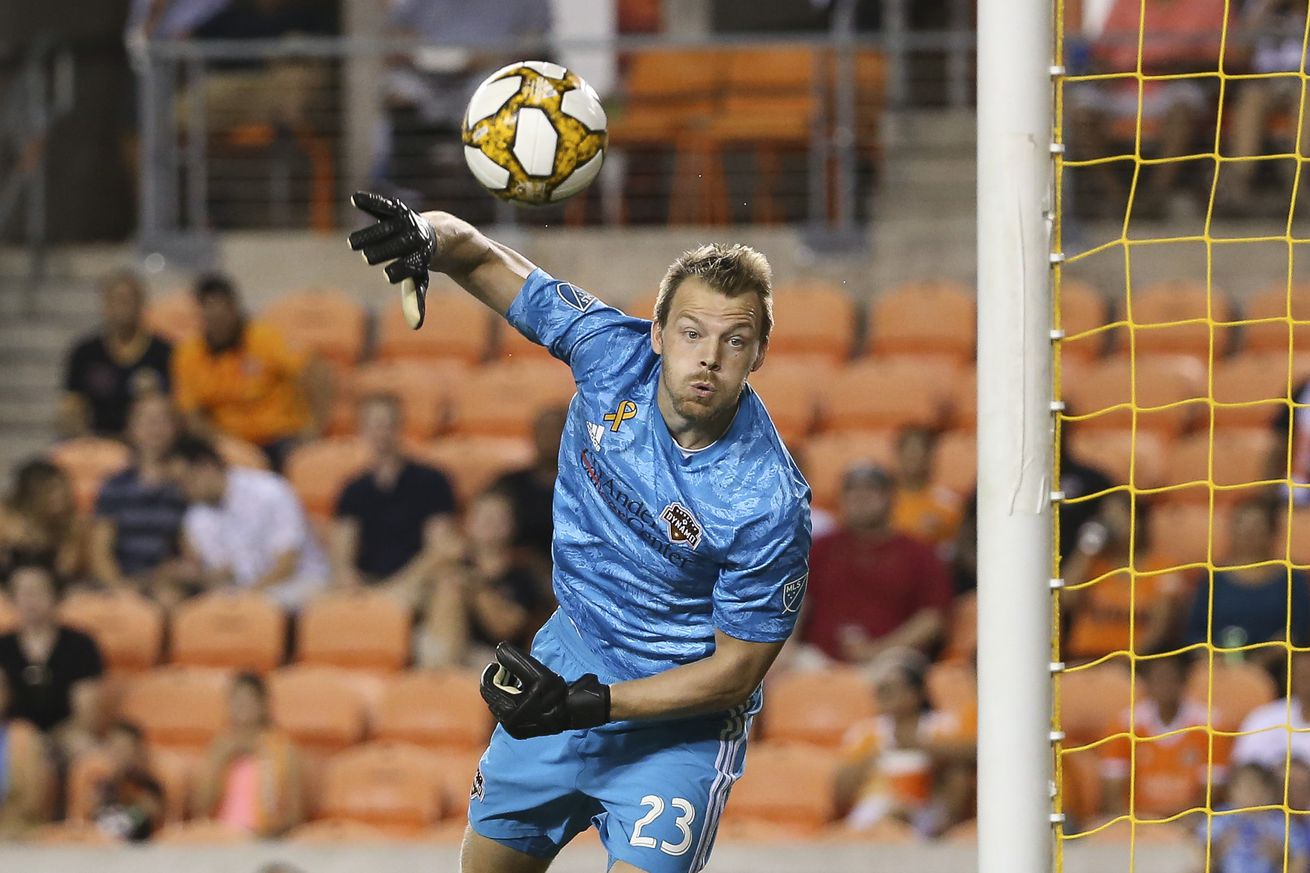 The MLS is welcoming two new expansion teams next season and both had their expansion drafts today. Both Nashville SC and Inter Miami CF selected five players each and neither team selected any Dynamo players. Players weren’t given any time to breathe easy however, as Nashville decided to do more to build their roster as they acquired Dynamo goalkeeper Joe Willis.

Willis had been with the Dynamo for the last five seasons, appearing in 90 games and was instrumental in Houston’s 2018 US Open Cup championship. Willis ends his career in Houston third on the all time Dynamo saves list and third most games played in goal. Willis’ 2016 season is also tied for third most saves in a season in Dynamo history as well. Willis unfortunately will be remembered as a mainstay during the dark days in Dynamo history, however was always a fan favorite for his aggressiveness and quick reaction and will be missed.

The Dynamo did receive Zarek Valentin and $75,000 in allocation money in the trade. Valentin was originally selected by Nashville in the expansion draft and is a talented 28-year old defender from Pennsylvania. Valentin has been in the MLS since 2012 last playing 107 games for Portland the past four seasons, scoring two goals and working his way in and out of the starting lineup.

Valentin is the first member of the team to have formerly played under Tab Ramos in the US U-20 National Team. Time will only tell if Ramos will work to get more former players who know his style of play, but it is obvious Ramos does have a certain team in mind, Willis doesn’t fit that vision, while Valentin does.